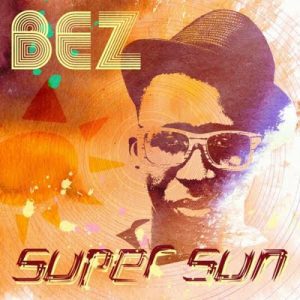 Help! I’m never usually starstruck but here I am completely won over by the voice of this – rightly put – Super Sun!. However, I’ll get myself composed enough to put this review together. I got very excited to do the feature on this particular artist and his music and you can probably decipher the reason why as you read on. I have followed this cool gentleman (even virtually so) from his days of small cozy performances at a Jazz/Soul Jam slash Poetry Slam cafe of sorts called Taruwa in Lagos, Nigeria – a brain child of his sister Lydia Idakula-Sobogun – up to his involvement with one of the most popular and gifted Producers in Nigeria,Cobhams Asuquo and his C.A.M.P production outfit and label. We plug to you, one who many have referred to as “Nigeria’s John Legend” – velvety Alternative Soul singer/songwriter by the name of BEZ.

Born Emmanuel Bezhiwa Idakula in 1983 to parents with a huge Gospel music background who played the most influential role in his passion and spirit for music,Bez hails from the northern part of Nigeria, Plateau state to be precise. He maintains the guitar as his instrument of choice and has been playing it since he was nine years old – next to his voice, it remains one of his most skillful performing instruments and is an ever present element in all of his songs. A Covenant University (Nigeria) graduate with a degree in Information and Communication Technology (ICT), Bez has been tagged as the next big thing in Nigerian music and from intimate settings to the big stage, he’s done it all within just a couple of years of him stepping out unto the music scene. He has performed at major events including the Hennessy Artistry Concert series, Rhythm Unplugged, the Lagos International Jazz Festival, the Most Beautiful Girl In Nigeria pageant and Mike Aremu’s Sax Appeal among others. He has also collaborated and performed alongside other major Nigerian acts including the likes of Nneka, ASA, Sir Shina Peters, M.I, Banky W, Omawunmi and Rooftop MCs amongst many.
Bez refers to his music as “Alternative Soul” but I say its an eclectic hybrid of all things Soul and much more – Pure Soul, Neo-Soul, Afro-Soul, Acoustic-Soul, Jazz and R&B. He lists the likes of Lauryn Hill, Erykah Badu, Brian McKnight,Corinne Bailey Rae and Jeremiah Gyang as some of his musical influences. On July 24, 2011, Bez officially released his 15-track debut album tilted Super Sununder the CAMP (Cobhams Asuquo Music Production) label. This album eloquently reflects the purity and charming essence of his music and continues perfectly in the same vein as his previously released songs such as “More You” and “Zuciya Daya” which thankfully appear on this album. Cobhams produces all but one song on the album – “I Know” which is produced by IBK Spaceshipboi.
Now for the music, we’ll begin at the very beginning with the album’s opening and title track “Super Sun”.

“Super Sun” is as alternative in sound as they come. Musically, Bez delivers his message of self-discovery and inspiration in a very soulful, laid back yet meaningful manner with a song that encourages the mind and soothes the soul. It starts off with the sound of children playing in the background and guitar twangs, setting the stage for a dreamland with Bez’s lyrics building up a feeling and vibe of belief in oneself to be the best and even more, “the Super Sun”. It’s a simple yet effective song that’s not overwhelmed with too many words or musical elements while the low-to-mid frequency drum kicks, well placed intervals of violin strings and the piano drops at the very end all come together nicely to give the song its dreamy personality. It steps up a further notch at the 1.18 minute mark as the piano and violin elements enter into full beautiful swing to tell the song’s story even stronger. The message of the song resonates clearly in the hook which is catchy and very easy to sing along to – a song for all ages. There is also a Hip-Hop remix of “Super Sun” – if you will – featuring rap artistes Eldee the Don, Ice Prince and Eva on the album that is worth checking out too. Hope you have delightful views of a bright future with this one.

This next song above, “Zuciya Daya” means “One Heart” in the Hausa language of Northern Nigeria. This is a keepsake song of love, as I would call it. Like most of his other songs, guitar intros welcome you to a journey of soft acoustic rhythms. “Zuciya Daya” is a sweet, romantic song delivered ‘crooner’ style. It’s a cleverly done sentimental storytelling of a girl’s feelings and assurance of love for her man (him?) and with lyrics such as “don’t you worry about a thing she said, we should both be happy, we will be together, forever, baby”, Bez’ vocals are so velvety on this one – with what I’ll call a “bubble gum” flavor. The piano interlude at the 2.39 minute mark make for such a soulful and relaxing listen with the accompanying guitar licks skillfully adding that added element also. At 3.44 and beyond, Bez goes an octave higher on the chorus and undulates about twice on it – this is my favorite part. Take a listen above and sway to this.

The above record, “More You” is a deeeeeeeeeep record. It actually gets into your being and registers itself quietly to whirl up those crazy emotions over a lover and the desire for more of them – their whole being, their heart and soul. Bez takes his time to vocally express the message of the song in the best way only he can, showing excellent songwriting abilities. The scene set to the Kemi Adetiba-directed official video of the song makes the words on “More You” even more poignant and gives it a sad and melancholic twist. Bez – singing as the subject of love – delivers the lyrics with such poetic finesse and his choice of words are so intimate. Bez seems to love the partnership between the violin strings and his acoustic guitar in his music and that partnership fits so perfectly on this song. This is one of my favorite songs by Bez!

Finally, I plug to you – from Bez’s wonderful Super Sun album – the infectious acoustic track titled “Stop Pretending“. On this record, Bez sings to a girl (or three) telling her to stop pretending, to be herself and stop trying to impress him by being fake. Bez cleverly calls the girl in the song by three different names – Kemi (Yoruba), Nkechi (Ibo) and Fatimah (Hausa) – from the three main Nigerian tribes and I particularly thought that was really smart. By doing so, he is being culturally inclusive or neutral and it’s either that or there are three different girls he refers to on this song, I guess I’ll leave that to you to figure out. Musically on the other hand, it’s a beautiful track that’s mostly driven by the acoustic guitar and nothing else, plainly and simply a naked acoustic song. It’s as always, in the style of Bez, well arranged and smoothly delivered, no excessive vibrato or vocal gymnastics. Soulful groove all the way, the applause at the end of it says it all, please join in.
I would like to draw your attention to a few other noteworthy tracks on this album, particularly the lighter mood, humorous “That Stupid Song” which features R&B singer Praiz and Cobhams on the main vocals. It is a satirical collection of childhood songs/nursery rhymes creatively sang in a jazzy, very relaxed and “joky” way and you can’t help but smile on this one. Worthy of special mention also is a song titled “This This This” – it’s a unique record which has this staccato operatic musical backdrop in the beginning and in the chorus, and towards the end it turns into a dramatic rushed upbeat rhythm making for a real enjoyable liste. “… The Good, The Bad and The Ugly” is another one to check out, it has this ‘big band’ sound that starts it off, some scatting follows and you can’t miss the dance groove that comes up afterwards. He’s singing in the Hausa language in the hook about rain drops and sun shines falling on all, the good, the bad and the ugly. This is a very well crafted jazzy number.
Super Sun is an album to get because I guarantee you, its good stuff, it is good ‘ole, mind stimulating, soul soothing and body relaxing good music, to start your weekend off right, set you in a ‘lovey-dovey’ mood or just to relax you after a hard day’s work. This kind of music is definitely getting popular among the new music generation in Nigeria and Bez is surely fast becoming the face of it. Watch out for him as it looks to me like he is already a super sun ready to shine beyond his African borders. This is global music right here. Super Sun is proof that Nigerian music is not all Afrobeat and Afro Hip-Hop – Nigeria’s got Soul in abundance and Bezrepresents it well. Get your copy of the Super Sun and let the radiance of good music shine on you. Welcome to the sound of natural talent and charisma, welcome to that signature sound called BEZ.
Purchase: BEZ – Super Sun (iTunes) // Super Sun (Amazon)