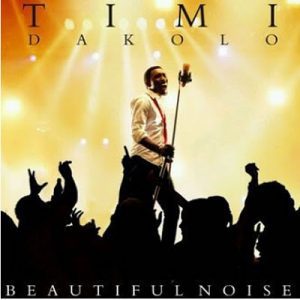 The date – May 26, 2007… The event – Season One of West Africa Idols… The Place – Planet One, Lagos, Nigeria. Suspense fills the air as the announcer starts off with “Now Africa, your votes has been counted… May I have the envelopes, please?“, as a male and a female sway on stage and the crowd screams as the words that follow are, “the winner of Idols West Africa, 2007 is…“. The winner of the first season of that reality talent show – the West African version of the popular Pop Idol TV series which debuted on British television in 2001 – is who we’re plugging to you today! We Plug to You… Timi Dakolo.

One of three children born to a Nigerian father and a Ghanaian mother who passed away when Timi was just 13 years old. Now thirty years old, the talented singer and songwriter credits his vocal prowess to his late grandmother who raised him in Port Harcourt, Nigeria. He decided to audition for the West Africa Idols reality show in 2006 and became a fan favorite making the first top 24 shortlist – he would continue to make the shortlist till the very end and finally emerged the premiere winner of the show a year later.

Although the album with Sony BMG which was promised on West Africa Idols never materialised, now signed to Lone Records and managed by Now Muzik,Timi Dakolo released his 12-track debut album titled Beautiful Noise a few weeks ago (September 2011) after a four year wait. Beautiful Noise is produced by renowned Nigerian producers, Cobhams Asuquo and Wole Oni and it is quite obvious – considering the period between his win and the release of his debut album – that his fans have been in anticipation of his long awaited project for some time but was it worth the wait?

Musically, Timi Dakolo’s husky voice texture reminds me so much of the popular American Soft Rock/Easy Listening Singer/Songwriter who achieved great success in the late 80s and early 90s – Michael Bolton. The raspiness of his voice and his range is very comparable to Michael Bolton’s in every way and it is no wonder, Dakolo enlists Michael Bolton as one of his great inspirations

The Beautiful Noise album opens with a 25-second rendition of just Timi singing in his native Bayelsa language which is a really nice touch but we start our review on a solemn note with the penultimate song on the album – “There’s A Cry” is a song dedicated to the plight of the Niger Delta people of Nigeria who have been stripped of their natural essence and been made to live through violence. Timi’s singing on this is poignant and one can not help but feel the pain of the experience he sings about. According to Timi, “There is A Cry” is about the ills and deprivation of the Niger/Delta. “Port Harcourt was a very peaceful place when I was growing up and I miss those days”, the singer/songwriter recalls.

The song begins with the sound of children, the snapping of gun shots and cries of a woman before flowing into a beautiful piano introduction which maintains its softness and depth as it plays throughout the song to form it’s musical backdrop joined by soft and deft drum patterns. Orchestral in musical delivery, Timi picks his lyrics meaningfully and coveys the spirit of the song beautifully. At 4.05, there’s a piano interlude that builds up and the wave comes down where Timi comes in with his vocals again and delivers the lyrics that questions the emotions some more. Warning: your eyes may just well up when you take a listen.
Next song up to plug from Beautiful Noise is “I Love You (Remix)”, a pre-released single that I’d come across sometime ago. It is quite interesting to see that the album contains about 7 love songs and this is one of the headliner ones. Upbeat pop licks and claps come in at the intro to this one with Nigerian rapper/producerJesse Jagz flowing in a few bars later, with his signature rap lines on the first verse and also later in the third verse. Timi is a lover boy in this song and renders a lot of pickup lines to get his choice girl albeit soulfully. I particularly like the play around with staccato on the line, “I I I I I love you” in the chorus which kind of sounded like he was stuttering his lines because of his overwhelming feelings for the object of his attraction – quite creative I must say.
“Let It Shine” – which is the first proper song on the album after a short acapella introduction – is a well crafted and touching “grass to grace” story song from Dakolo. A song simply laid with guitar strings and relaxed drum kicks, it is an adaptation of the familiar gospel children’s song, sometimes regarded as a Negro spiritual, “This little light of mine, I’m gonna let it shine”, which Timi gives his own unique spin. It beautifully tells the story of him growing up as a child and encouraging himself to be the best he can be and is accompanied by great backing choral vocals and harmonies that complement Dakolo’s leading vocals and the simplistic musical backdrop upon which the song is laid. This song portrays his Neo-Soul musical side akin to Anthony Hamilton – very American and new soul generation in sound and definitely worth a good few listens.
“Heaven Please” which features prolific Nigerian rapper M.I is another of my favorite songs on the album. This – the fifth track on Beautiful Noise – starts with M I’s signature vocalisms and soft rock sounds – lush electric guitar and bass guitar arrangements – with audience effects and applauses, M.I’s rap verse blends in with the electric guitar twangs that accompany it and at about 1.03 minutes, Timi starts to sing effortlessly over the adept combination of drum patterns and guitar strings – begging heaven to get the attention of the subject of his attraction – and the outcome is just on point! This song is most reminiscent of Michael Bolton with the soft rock feel and all.

Other tracks worth checking out on Beautiful Noise are “So Beautiful” – an Afrobeat-influenced duet with Elvis Larry where Timi sings in Yoruba – it’s a nice sing-along, feel good, and dance rhythm love song. “Raise The Roof” featuring Cobhams Asuquo is a catchy and body-moving Club/Dance song that Timi adds to the mix to give Beautiful Noise a genre balance appeal of sorts. It is a high energy upbeat song that starts off with a Pop and Lock water drop sound effect (my favorite part) with Cobhams singing along with some rap lines. This will certainly have all the party people raising their hands and moving to the hook line – “la la la la”. “Is It Over” on the other hand – a duet with Joan Ekpai – is a beautiful touching, and soulful rendition about an ending relationship that is 100% worth visiting.
Timi Dakolo has surely not disappointed his fans with this release. His signature sound continues to give credibility to his West Africa Idol win and if he continues to make good music like this, he will surely be around for a long time and leave his mark in the sands of the good music scene in Nigeria and beyond. The albumBeautiful Noise definitely shows that he has put a lot of planning and organization to the project, a time well worth it. The songs are poignant; the vocals, fresh; the collaborations are well chosen, the production, tight and the mix, impressive. If you need a decent number of love songs to simply bask in or to express yourself with, then Beautiful Noise is a worthy recommendation but much more than that, it gets my stamp for great music, undoubtedly.Purchase: Timi Dakolo – Beautiful Noise (iTunes)

Until the Next Time

2 comments on “We Plug To You… Timi Dakolo – Beautiful Noise”