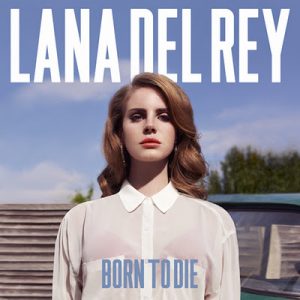 The sensational 25-year old Lana Del Ray – aka the “gangsta Nancy Sinantra” – first hit the mainstream in the second half of last year with her vintage homemade video for the massive “Video Games” single and it quickly created a cult following for her hard to place sultry voice landing her plaudits from everyone who is anyone in music and a record deal with Interscope and Polydor! While speculations remain rife about her new identity and why she ditched her old name Lizzy Grantfor the more stylish Lana Del Ray to boost her career to stardom and trust me, we could get into our own back and forth about that, fortunately for you that is not what we are about here! Whether she goes by the name Lizzy Grant or Del Ray, there is no disputing that she makes good music despite what name she answers to…

With her perfectly wavy hair and acted-out pout, Lana Del Ray reminds me of a moody Disney princess who hasn’t been getting her way and you can’t tell me you don’t see it in her “Born To Die” video when she sits on her throne with the two tigers on either side of her feet! Well she might as well be called a princess; Lana Del Ray doesn’t quite have the raggedy “from grass to grace” story that most other artist had, oh no! Del Ray’s dad is actually something of a millionaire and has backed her career all the way, according to reports…
It’s hard to place Del Ray into a genre, I find her songs extremely dark dooming and when she reaches into those soft sopranos it almost sounds ghostly, plus the echoing effect doesn’t help shake that feeling either. The Emile Haynie-produced “Born to Die” is a perfect example of this which by the way is also the title track of her brand new and debut album – as the revamped “Lana Del Ray” – which is what this feature is all about, listen below…
“Born to Die”:

OK, so at first when I heard the album I thought all the songs sounded similar, which is fine because it’s an album and should have a general theme sonically and even after a second and third listen, I still think that all the songs sound the same, with those trademark heavy drums beating in background of every song. Moreover, I think that fifteen tracks are way too many for an Indie Pop album (the normal album is only twelve tracks though with the deluxe edition extended to fifteen) BUT none of these things stop me from loving this album.I absolutely love the album and I haven’t even got a chance to properly get into lyrics yet but that’s the thing about Born To Die, it is so superbly produced and laced (vocally) that you’re lured in before you can actually hear what she sings. Have a listen to one of my early favorites, “Dark Paradise“.
“Dark Paradise”:

The album touches on a wide array of topics and subjects that I presume are quite poignant to Lana Del Rey – money, dark love, girls going wild and living the “American Dream” and it can seem a bit all over the place at times with the themes for me. With songs like “Born To Die” and “Blue Jeans“, you get the dark indie vibe and then on songs like “Billionaire Man” and “National Anthem“, it goes very poppy! Then you have songs like “Diet Mountain Dew” that sound almost like a Hip-Hop song. It’s almost like she was unsure of what genre will sit nicely with her fans so she dabbles into a bit of everything or maybe she’s just as eclectic as they come – it’s hard to tell. However despite her “here and there” approach to this album, the solid production, constant deep sounding drums, and rigid style of singing just tie the entire album together really well.
“Diet Mountain Dew”:

My favourite track on the album is “Without You” produced by Haynie. This song is such a great tune, there’s no other way to describe it and after one listen, I found myself absolutely addicted to the hook. The song starts off like any other one of hers with those unmistakable vocals but then that “Hello hello…” bit comes in and you’re simply drawn in and blown away! I don’t even get all the lyrics but here again, you see the beautiful production coming into play again – those echoing drum kicks and daunting keyboard patterns – and the honest truth is I don’t even care exactly what the lyrics are saying! I just cannot get enough of this bloody song! If you really put your mind to it, you can even slow motion ‘dougie’ to it! Especially at 2:32, OK maybe I’m getting carried away but have a listen for yourself below…
“Without You”:

Born to Die is an album I’ll definitely recommend to any lover of genuinely good music especially if you’re into amazing production, some of the orchestra arrangements on this album are just amazing! Really great stuff! Whether you want to call her Lizzy Grant or Lana Del Ray, you cannot deny that she has something there and re-inventing herself has not taken away from or diminished her style or sound in any way which personally is what won me over. If the lyrics don’t do it for you then that’s OK because this album is packed with beautifully put together melodies and a very sound musical milieu. Her singing style might be rigid but that’s what works for the type of music she makes. Born to Die is a GOOD album and the only reason we’re plugging it to you, enjoy 😉