Home » Features » Artist Features » We Plug To You… Bemyoda (The Interview) 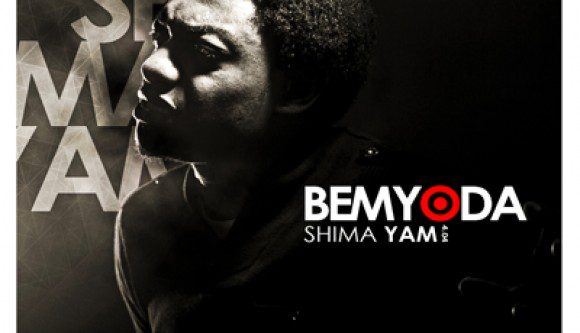 Listening to “Shima Yam” brings about a surreal feeling reminiscent of the Soulful music you are familiar with, yet sultry, deep and calming. The sound inspires an atmosphere of innocent romance, yet unashamedly seductive, lyrics that are brilliant, yet beautiful. We plug to you BEMYODA, the singer/songwriter behind the new single “Shima Yam” which means ‘My heart’ or ‘My love’ in Tiv, a northern Nigerian language.

Bemyoda is so fresh on the musical scene and fast becoming very noticeable. BEMYODA – real name Bem Iordaah – is from Benue State, Nigeria. Singing from a very young age, he has been influenced by his musical father and listening to the likes of India Arie, Tracy Chapman, Jill Scott, Dwele , Asa and Nneka to name a few. Bemyoda who is also a guitarist and an accomplished writer has won a lot of essay competitions, wrote songs for his University Choir (Federal University of Technology, Minna) and placed a finalist position at Chimamanda’s Creative Writing workshop in 2011.

“Shima Yam” opens with soft guitar twangs and a background of conversation with a consequent applause, the song rides on Bemyoda’s sweet vocals, seemingly singing in a room full of people yet intimate, meant for one set of ears only – Mimi’s. The chorus is sung beautifully in the Tiv language which he incorporates into the song, the translation of which he offers in the interview below.

I decided to get a little up close and personal in this interview with this newcomer crooner on the AfroSoul scene – Bemyoda who describes himself as complicated, sweet and calm. Let’s learn more about him and his music.

WPGM: Hello Bemyoda, how are you doing?

Bemyoda: Very well, thank you. How are you?

WPGM: So, I’ve been seeing and hearing a lot of buzz about ‘Shima Yam’, is this your first single out?

Bemyoda: Yes it is, I have been getting good reviews so far and putting it on radio soon

WPGM: How long have you been into music?

Bemyoda: Well, been singing for a bit (since 14 or so) but didn’t take it up professionally until about 2 years ago

WPGM: How would you define your style of music?

WPGM: From your influence, I can tell…

WPGM: Tell me, I’m sure this is not new to you. Are people trying to compare you to Bez and how are you handling that?

Bemyoda: Yeah, hmmm. Initially I saw it as a problem, cos the first time we recorded ‘Shima Yam’ his ‘Zuciadaya’ single had just come out, and the first thing people would say is “do you know Bez?”, or “sounds like Bez”…someone even advised me to find myself since the “Bez” space was taken (laughter)…but I’d barely even listened to him so I was very certain there wasn’t any finding to be done. Eventually I’ve come to see it as some sort of quality validation. I don’t think we’re exactly alike though, similar styles yes, but if you listened closely enough you’d hear the differences…I also think it’d get easier for people to identify the differences as I let more work out

WPGM: Yeah that brings me to the next question actually. When should we expect more?

Bemyoda: Yeah I’m working on a few other songs and should have something else out in a month – six weeks. Would’ve been earlier, but we’re trying to push ‘Shima Yam’ as far as possible before getting something else out

WPGM: So we should expect a couple of singles before the main album?

Bemyoda: Yes, 3. and then maybe a remix or two as well

WPGM: Cool. How do you write your songs or draw your creative inspiration?

Bemyoda: Usually the words and tune come at the same time. Sometimes when I’m playing my guitar, sometimes not. All of what I’ve written is related to personal experience in some way. I try to tell stories or paint pictures. I’d say I deliberately get myself into moods fitting whatever emotion I want to convey…makes it easier to write when you feel

WPGM: Are you independent at the moment or signed on to a label?

WPGM: Any live performances of note so far?

Bemyoda: Biggest has been the performance of a tribute song I wrote for the late GTBank MD at the commendation service organized by the bank. Asa also performed at the event. That was about a year ago

WPGM: Who would you most like to collaborate with if given the chance?

Bemyoda: There’s lots but if I had to pick one, I’d say Lauryn Hill

WPGM: In an industry where image is everything, what do you do to stay true to who you are as an artist?

Bemyoda: I’m only beginning to feel the ‘vibes’ of the industry…I think I’d get into trouble if I tried to be anything else different from what/who I’ve always been. There’s the pressure to belong and be approved. Naturally I’d do what I’m most comfortable with regardless of opinions, I’m hoping to remain that way in the event that I get some sort of recognition, or go ‘deeper’ in the industry. I have the feeling it’d be hard, but I also feel that I can…especially with God’s help

WPGM: How are you financing your project?

Bemyoda: Funding myself for now, but I’m hoping that changes soon. I’ve gotten interest from a few local labels, but nothing’s come out of it yet. I’m hoping something gives soon before I run out of money (laughter)

WPGM: Yeah it’s been said it’s a struggle to be true to yourself as an artist while being commercial enough to generate income to fund your creation, hopefully you’ll get the right label who is in line with your artistic vision and attract the right buying audience for your music

Bemyoda: Initially, it was produced by Sleekamo, but this final version was done with Laitan Dada

WPGM: You sing about a ‘Mimi’ in the song. Is Mimi real?

Bemyoda: (Laughter) No, ok here’s what happened. Her name wasn’t Mimi, but there was someone I was interested in so it made it easier to write

Bemyoda: Yeah…the type that says I don’t want this thing to be over. ever. so let’s not exhaust it quickly

WPGM: How do you hope to you use your music to make an impact with your listeners or should we say change the world? (Smiles)

Bemyoda:  (Laughter) I don’t know about changing the world, I only hope that the hearts that hear it can relate to the messages it conveys and pick lessons or strength from it

WPGM: Well that’s how you change the world, one listener at a time

WPGM: Finally, is there anything that you’d like to tell our readers about yourself that you haven’t shared yet?

Bemyoda: Nothing special, I’m basically calm and easy going…haven’t had my afro out in a while

WPGM: Is that your look? the afro? sure does match your music style and image …

Bemyoda: Yeah, the afro I’ve had for years and thankfully it works so…one more reason to not cut it off

WPGM: Where do you see yourself musically in a couple of years?

Bemyoda: Well in a few years I want to be touring…Europe mostly (laughter)…I write also, and I do some scripting so I want to build on that… I’ve considered film school most for screenwriting…In that time I want to be expressing as much of me in every area I’m gifted in

WPGM: What else do you do apart from your music?

Bemyoda: I am involved in film scriptwriting, writing scripts for radio and TV commercials so yeah. I’ve also got a blog at www.blackinspire.com.

WPGM: Where can we get your music, stay updated with future releases? Website? Twitter handle/Facebook page? etc.

WPGM: OK, One last thing before you go…is there a particular reason why the single cover for “Shima Yam”  is dark and mysterious?

Bemyoda: (Laughter) I guess it’s a gentle revelation… I promise to show some eyes on the next one, the photos were all black and white so we just went with that theme

WPGM: Well, thanks for your time and we wish you all the best with your music, you’ve got something beautiful going on musically.

Bemyoda: Thank you. Thank you so much for the interview, it’s been a pleasure.

660 comments on “We Plug To You… Bemyoda (The Interview)”