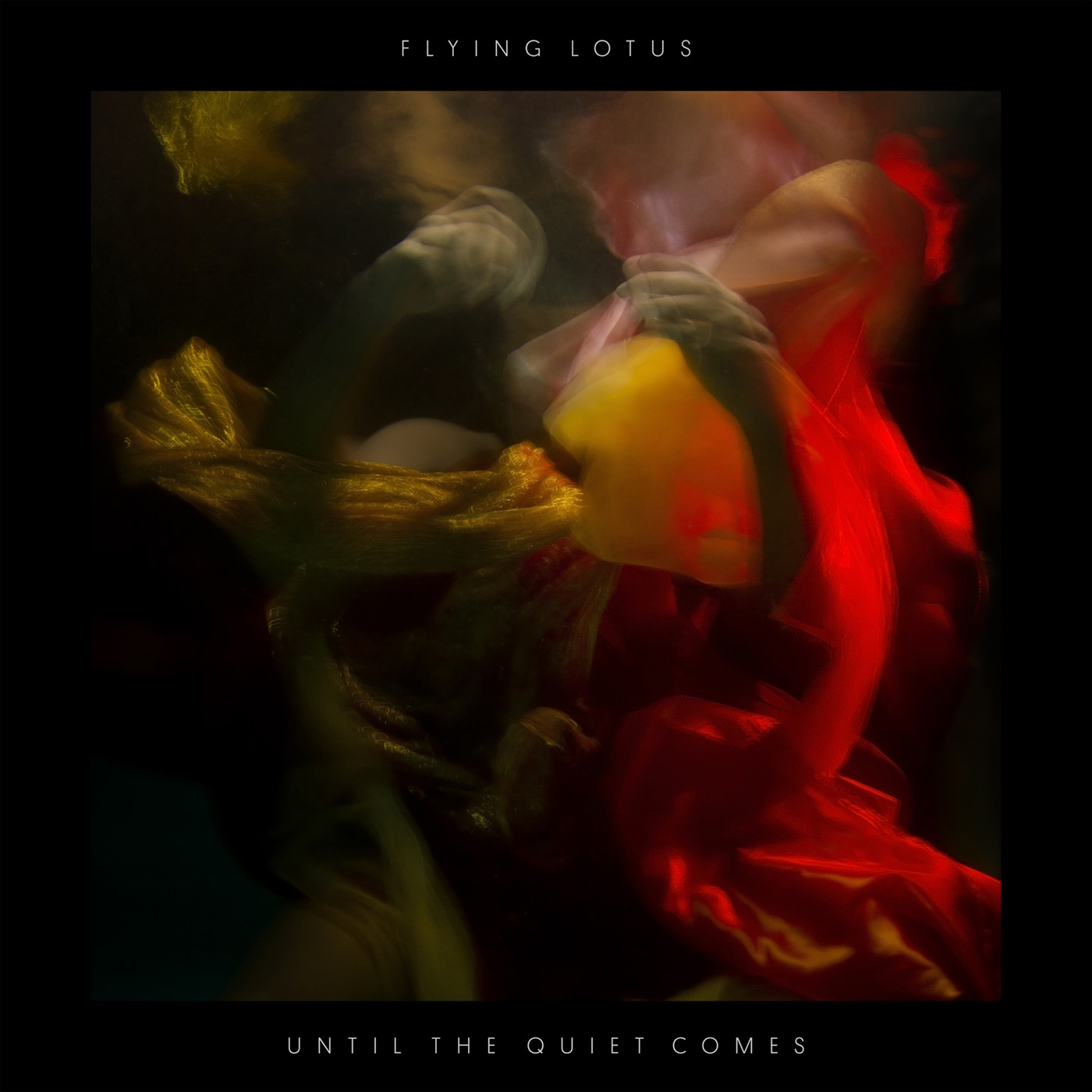 His 2010 release, Cosmogramma is arguably the greatest electronic album in the last 15 years. It’s an ambitious record that compiles 30 years worth of electronic music into a heap mass of cosmic energy. It tears galaxies, recreates pocket universes, bizarro worlds and alternate streamlines. Wanna know how the birthing of a universe sounds like? Go listen to this thing now.

If Cosmogramma is us witnessing the creation of the universe and all that is life, then Until The Quiet Comes is the still aftermath; the seventh day in which the creator rests. It is the whisper that comes after Cosmo’s Big Bang – a manifestation of the maker’s dreams. Fly Lo finally gets to sleep, and we are gifted with the chance to rummage through his visions.

Until The Quiet Comes feels like a scaleback to Flying Lotus’ trademark maximal sound. Focusing his ADD sonics into a singular stream, he excels in creating an album that offers no resistance, but yet sucks you right into its restraint. It’s a rather ballsy move, considering the fact that all the noisy ones are receiving all the attention at the moment (see Hudson Mohawke and Lunice’s TNGHT project, Rustie, Blawan, etc). “Getting There” is probably the greatest testament to Fly Lo’s new work. It comes right after the hollow opener “All In” and immediately throws us right into dream sequence; chiming and whistling away what is to come.

It is fitting that he uses it in his promotional short film to soundtrack the spiritual sendoff of a slain youngster to the heavens. Nicki Randa’s voice almost seems like the guide that pulls him along as he makes his way to the next realm. He jerks, rattles, and shakes, till he is taken away in a ghostly lowrider. From then on, Until the Quiet Comes finds itself in similar waters with Actress’ newest work R.I.P – another album that sonically tackles metaphysical planes from a minimal standpoint. The ending of “Only If You Wanna” would fit right between “Serpent” and “Shadow From Tartarus.”

There are times when things get upbeat. “Putty Boy Strut” is Fly Lo’s sly answer to TNGHT’s “Higher Ground.” He regularly mixes both songs in his live sets, causing massive euphoric reactions a la “Niggas In Paris” but “Putty Boy Strut” on its own is crazy enough to go batshit for. Not since Pastor T.R.O.Y.’s “No Mo Play In GA”, have I heard something so light yet so riotous.  It is bouncy without the brass 808s or thunderous bass; yet it is still heavy enough to cause wet dreams.

It will take you a while to realize that “Electric Candyland” is a song that features Thom Yorke. It is on some Nu-Funk shit that I thought only Dam-Funk was capable of creating these days. It does phase out into a mellower soundscape, which gives the Radiohead frontman space to croon over. The highlights though are the quiet moments, and they easily outweigh most of the funk. “See Thru To U” is an intimate affair that catches Badu in her comfort zone. It allows her to hum her usual space-libs that breeze between this world and the next. Thundercat lends his talents to taking the spiritual number “DMT” to next level status as he echoes  words such as “As I’m dreaming…” and “I never want to come back”, The serenade ends as quickly as it starts.

So is it better than Cosmogramma? No. Let’s not kid ourselves, nothing is. Does it have the chance to make more of an impact? It seems so, but only time will tell. Unlike Cosmo’s controlled chaos, this album is much easier to digest. It’s a surprising and welcome addition to his already great catalogue. If anything, what this album does is cements his legacy as one of the best artists of the 21st century. Where he goes from here, I can only imagine.

Flying Lotus’ Until The Quiet Comes is out on October 1/2 on Warp Records, purchase it HERE.

One comment on “BEST New Music: Flying Lotus – Until The Quiet Comes (Album)”