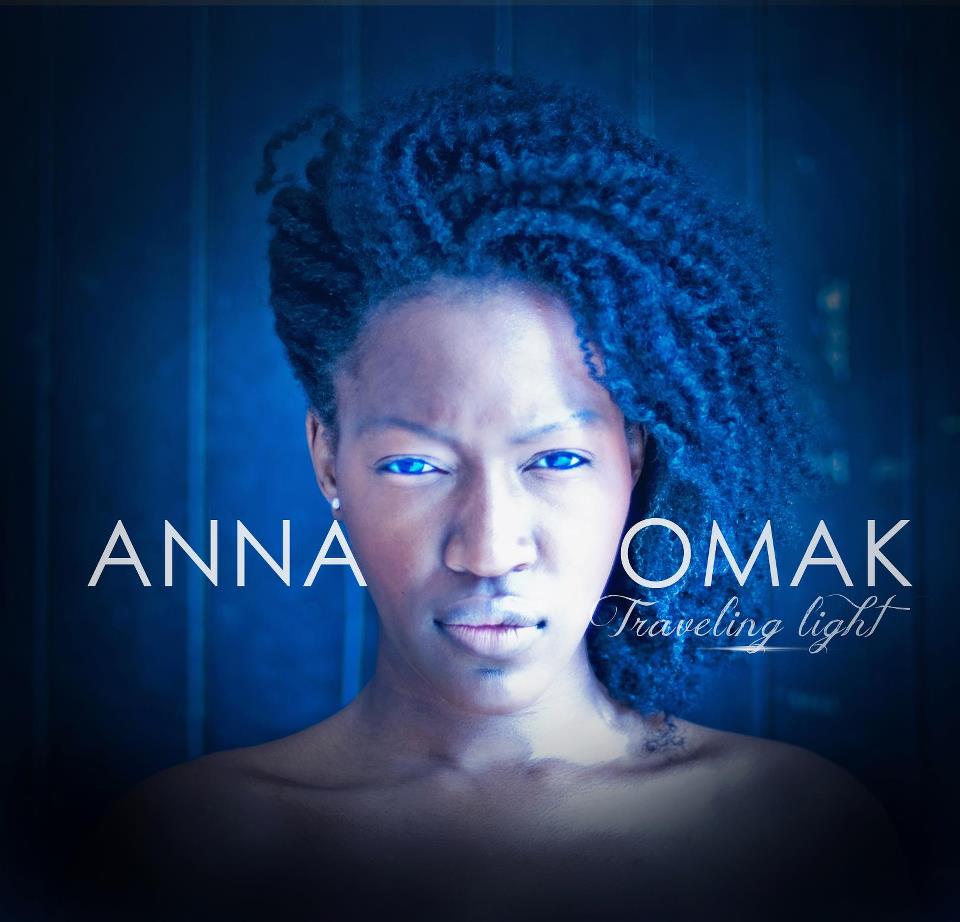 “This time I have nothing to loose, not the clothes of my back nor the shoes off my feet… as the day breaks over the coming seas, I see endless possibilities”.  This is a powerful line from Anna Omak’s previously released single “Endless Possibilities” which is the opening track for her new 6-track EP Traveling Light. Her sound reminds me of Tracy Chapman and a bit of India Arie. There are really so many undiscovered talented musical gems and Anna Omak is one of them. She is a talented London-based singer/songwriter and guitarist who believes “music is a powerful force that can change the mood and feel of an environment” – We Plug to You Anna Omak.

Anna Omak – born Anna Omakinwa – is what I like to call a ‘heart and soul’ singer, the aura of her music speaks ‘inspirational’. Anna has been singing from the age of six and got an early start professionally at 17 by touring all over Britain as backing vocalists for the likes of Mary J Blige and Boyzone. The origins of Anna’s music are firmly rooted in a childhood spent belting out African hymns and Gospel songs at her local church in South London where she also played the drums and led the choir.

Not particularly from a musical family, the exposure Anna garnered from her local church would be an important element that helped shape her musical talent. Anna was also exposed to different styles of music and as she grew older, her musical sensibilities expanded as she discovered R&B, Folk, Soul and Jazz music with the likes of Kim Burrell, Vanessa Bell Armstrong, Brandy, Shirley Horn, Sarah Vaughn, Nina Simone, Joni Mitchel and Nick Drake all serving as massive influences for Ann – all these sounds combine to influence her evolving and unique sound today. A year spent at the Berklee College of Music in Boston solidified her resolve to become a professional musician. The music she makes today is an incorporation of all these influences.

Let’s begin with “Endless Possibilities“, an acoustic track that talks about hope and faith. Positive and inspirational, the song is honest, real and uplifting. The guitar interlude gives even more meaning to the depth of the song, it’s really a song to unwind to. The shakers incorporated into the music add to the organic feel of the song – really nice. The  lyrics talk about  life’s experiences and ends on a hopeful note.  Her gift of songwriting is clearly evident on this song. Take a listen below:

“As the day breaks over the coming seas, I see endless possibilities”

Obviously, Anna Omak reflects her own surreal experiences in her music. The next song “Ocean”, which is one of my personal favorites, is a mid-tempo guitar driven song that is inspired by the need to be free from personal fears and to embrace God’s love. It touches on different scenarios she has been through – low self esteem, love, longing, faith and fear with lyrics like “in the middle of the ocean, drowning“. The song expresses the assurance of being left alone to be safe in the Creator’s arms. A very surreal sounding song, “Ocean” is transparent and comforting. Her deep contralto voice rides beautifully throughout the length of the song – naked, natural yet beautiful.

“So here I am, I may not understand, but I am safe in His arms”

Anna says of her Traveling Light EP – “The whole of last year up until now has been a life changing journey for me. From thoughts about my self, life, love and purpose shifting so much to the point that I can share these songs with you now. I hope that by listening to this EP in whatever way you see fit, you see reflections of your own heart and travel on this journey with me.” You will surely feel a sense of comfort and relief just listening to Anna Omak’s music, I can assure you so if you want to be touched and elevated, then Anna Omak’s soulful inspirational music is for you.

The rest of the Traveling Light EP can be streamed and downloaded on Bandcamp. Anna Omak continues to make music – doing what she loves, communicating thoughts and feelings and telling stories that have yet to be told. In the mean time, she seeks to  collaborate with other artists and colleagues who are on the same musical journey to create a movement of sounds that changes the thoughts and feelings of a generation. Her untitled working debut album will be hopefully released late next year but for now, Anna gigs around London and is planning a mini tour around Europe in the early parts of 2013.

*10% of the sales of every PHYSICAL CD of Traveling Light goes to Action Aid www.actionaid.org.uk.