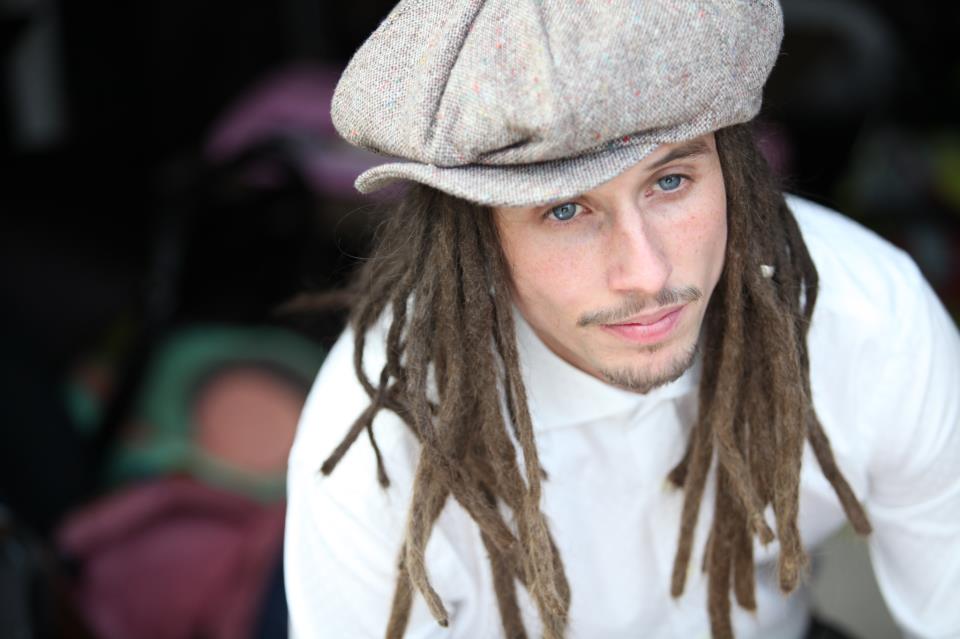 TV talent shows have dominated weekend prime time viewing for the past decade. The continued success of such shows often fuels a lot of debate about music in general and a lot of the time, talk centres on whether there is actually any artistic integrity left in music. As the mainstream appetite for disposable music grows, so has an increasing sense of disillusionment amongst fans who feel they are being taken for granted. However, it’s not so much that there’s no integrity left in music – it’s just that you have to know where to look. Probably best to start by putting down the remote control, backing away from the TV screen and turning your attention to the soulful sounds of Singer/Songwriter, JP Cooper.

The Manchester native’s love of music started from a young age – he joined a rock band in his teens and then later hit upon a love of Gospel music after joining a choir. Cooper describes himself as an acoustic singer/songwriter. His music is a subtle eclectic mix of many music genres including Folk, Blues and Soul.

His two short EPs (EP1 and EP2) brilliantly showcase not only the captivating versatility of his vocals but also his unique dexterity as a songwriter. Cooper has described his music as a reflection of his slightly romantic world view and hope and unity are core themes within Cooper’s music. He writes songs of love, relationships and redemption and he delivers them with a gentle self assured expression that carries humility and honesty.

“The Only Reason” (from EP 2) is a heartfelt love song which exhibits the transcendent quality of Cooper’s music. His crystal clear falsetto is instantly stunning. The exquisite chord progression of the strings and the drop-kick rhythm of the drums are soul stirring. The song is a luscious musical and lyrical ode to love, faith and romance and it is conveyed with simple elegance. “The Only Reason” is entirely gorgeous.

There is an overtone of positivity in Cooper’s songs – they are imbued with a unique sense of peace and lightness. The song “Halo” from EP2 shows this perfectly. It is a mid-tempo song with a jaunty uplifting groove. It’s about the redemptive quality of believing in the innate goodness of human nature. The song has a soulful Folk feel and you can also hear under currents of American Bluegrass, Gospel and blues running through the song. The contrast between spiritual lyrics and raw, earthy music works really well on“Halo” and highlights the rustic sophistication of Cooper’s music in general.

The emotive power of Cooper’s voice can be heard again on the song “Oh Brother” from EP1. Backed by acoustic guitar and resounding string arrangements, this song is just another example of Cooper’s ability to mesmerize. One moment you’re flying on the crest of his fleeting falsetto and the next you’re completely grounded by the trembling resonance of his full voice. This song is about learning to see the value and equality in human beings and he delivers it with such simple finesse that prevents “Oh Brother” from sounding condescending or over sentimental.

Sure, anyone who has switched on a radio before will have heard songs about love and togetherness but rarely are they expressed with such acute insight, heart and humility and without a patronising undertone. There’s a modern tendency to find music that depicts the harsher realities of life more believable and while Cooper’s music is without the anguished shades of darkness found on a Damien Rice record or the bitter-sweet grit of an Ed Sheeran track, it is still just as believable. So, although Cooper goes against the current grain and presents a more optimistic reality – he does so with the same intense honesty as his contemporaries.

Part of the overall appeal of JP Cooper is the unassuming charm of his music. He has an incredible ability to still listeners, lock them into the story and the moment of the song. So, it doesn’t matter whether you’re listening at a packed out gig or if you’ve just hit play on your iPod after hopping on the train at rush hour – the beautiful sounds of JP Cooper will have you entranced wherever you are. It’s Simple, honest, genius.

One comment on “We Plug To You… JP Cooper”