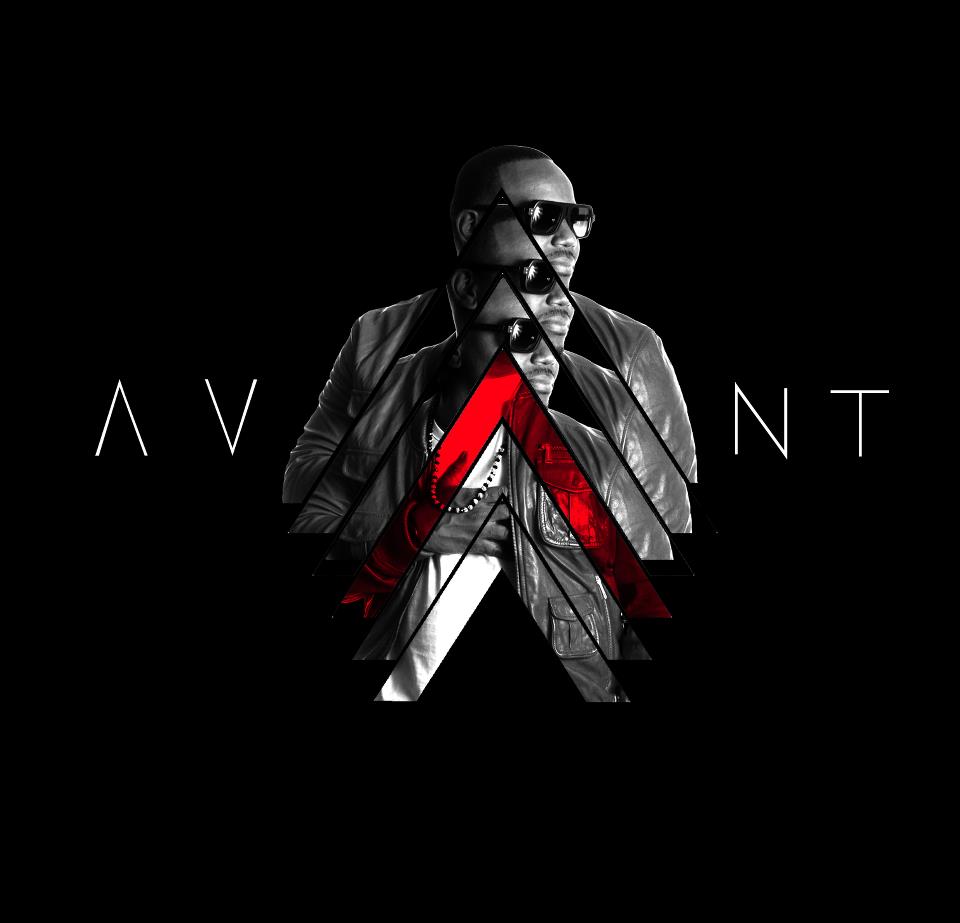 It’s been a while since I’ve been here, very sorry about the silence, so many things up in the air at the same time, its too easy to lose focus but I am happy to be back, music is what I love and even though I haven’t been writing, I have been listening and trying to stay in the loop. A little snapshot of what has been on rotation in my ears; Alex Isley, Austin Brown, Curt Chambers, Luke James, Estelle, Lecrae and Rihanna, to name a few! Today however, I will be sharing with you, Face The Music, the seventh studio album from award-winning R&B veteran Avant.

I have to say that I am extremely happy to be featuring this album and I am not saying that this is Avant’s best album, not at all but this one definitely won me over. Across Avant’s vast discograpy, I personally am very fond of Avant and Director; I feel they both had more weight and character but Director on its own has to be one of my favourite albums ever! Tracks like “Grown Ass Man” will forever be bedroom burners for life and although he has that sexy ruggedness to him, he still turns on the smoothness and charm on tracks like “Y.O.U” and “Sailing”. You can not take it away from Avant – he does what he does well!

Face The Music is a bit of weird one for me if I have to be honest; I must have re-written this article a thousand times in my head! It’s one of those albums that gets better after each listen, it didn’t strike me as a fantastic album after my first listen but with every listen after, you almost hear more. It’s Iike your ears become more sensitive to everything and you learn to appreciate the songs better. “When It’s Over” is a perfect example of this, this song completely snuck up on me! The start of it is a bit underwhelming and I’m sort of wondering where Avant is going with this, but right before the hook comes in at the 0.39 minute mark, the song picks up and drives into this beautiful melody and after that, its just a matter of time before the words mean something to you. By this time, I’ve already acknowledged that “When It’s Over” is probably the best song on this album, period! It ticks all the boxes for me, the hook literally breaks down all my walls while the slow-burning keyboard arrangements and drum patterns hit me hard with everything musically right! I could just about go on and on about how freaking amazing this track is, like seriously! But this is where my job gets easier… Press play below:

The next track we’ll be getting stuck into is “Human“. Now, from the first listen, I fell in love with the general melody of the track and that’s probably because of the acoustic guitar lead of the instrumentals which reminds me of “Sailing” from his 2008 self-titled album. I must have played this song about fifteen times already and I’ve never really paid attention to the lyrics and possibly for good reason because if there is one thing I have against “Human” is the lyrics – my goodness, they are so weak! Not the most imaginative lyrics we’ve heard from Avant but hey, everything else about this song is really good so I’ll be plugging it anyway. Just listen to those notes he’s hitting so effortlessly – to hell with the lyrics, Avant could be singing the alphabet to me and I’d still be sold!

Ok so there are few bedroom burners on this album and lets get real, it wouldn’t be a complete R&B album without a few tracks dedicated to the “bump n’ grind”. So I’m stuck in between plugging “More”, “80 In A 30”, “Bestfriend” or “Excited”; they’re all very good but for me the tune that sounds the freshest every time I hear it, is definitely “80 In A 30“. Now, out of nowhere this song had me wanting to strut some very unladylike moves, I am not proud! Having fellow vocalists, Kajun and J’Lyn feature on the song did “80 In A 30” no harm at all but adds to the overall Hip-Hop vibe of the song. The production, driven by drum machines and a thumping bassline, on this song is simple and so effective, everything needed to bring out stripper-like tendencies in well behaved ladies is definitely present – like I said before, I am not proud!

The final song I will be plugging from this album is titled “No” and I don’t care what people say, I think this track is different and it’s quite refreshing to see Avant do something outside of his usual box. Yes it does sound a little Justin Bieber-ish but it’s Avant and it comes out really good, he could have done a lot worse! “No” is an upbeat Pop power ballad with lyrics that are pleasantly cheesy, so all you secret Bieber fans, this is something you can listen to in the open without feeling ashamed!

Face The Music is certainly not Avant’s strongest of albums when we look at his past work but following up from his 2010 album Letter, I think this record has much more presence than its predecessor. It is definitely more memorable and I feel the production on this album was tighter and all together fresher. Where the album shines the brightest for me is on “When It’s Over”, I really felt the ‘Director’ Avant come alive on this track and the strength of his vocal ability was definitely at its peak. Yes, a lot of the songs on Face The Music are predictable R&B and you can almost finish most of the lyrics without even hearing some of the tracks, but that’s what Avant does. He does traditional R&B, he does it well and delivers every time. He has to be applauded for his consistency and trueness to what he is good at. This album is most certainly worth checking out and undoubtedly GOOD!