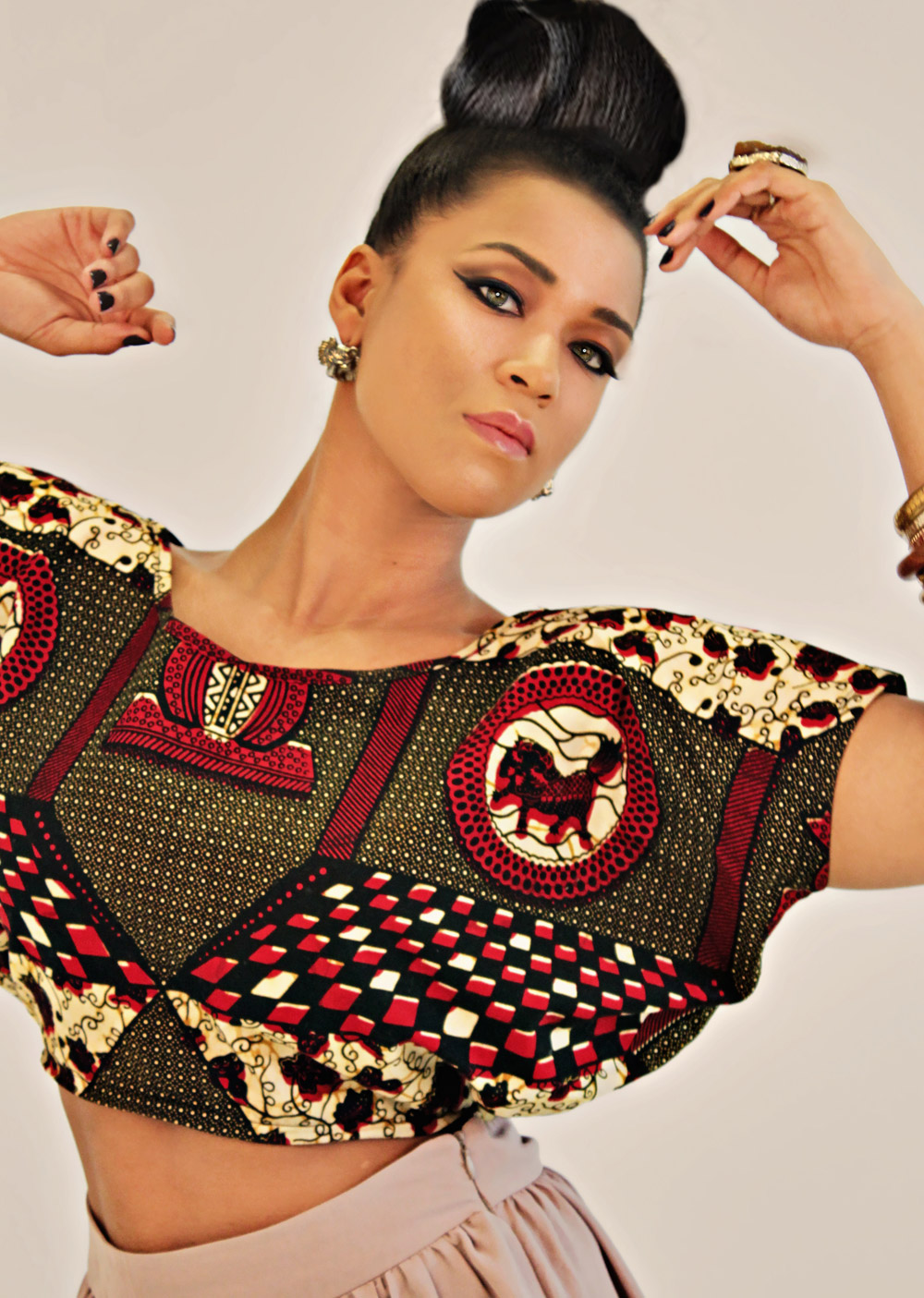 Juliyaa ensured that Spring started with a bang (and an Azonto) at her headline concert, Stars and Dragons Live, at London’s Rich Mix. The North London singer released her debut EP, Stars & Dragons in the autumn of 2012. The 6-track collection is a colourful mixture of musical elements from various genres, which represent her diverse cultural heritage and experience. The concert was billed as a translation of this EP into an exciting live showcase, along with support from some of London’s best up and coming talents.

East London’s Rich Mix centre was an ideal venue for the highly anticipated show and as the main room of the Cultural Arts centre quickly began to fill up, BBC Radio 1Xtra’s DJ, Ace span a selection of choice cuts. Host, Eke Mba warmed the crowd up with animated delivery of humorous anecdotes, as he introduced the night’s impressive roster of artists.

First to hit the stage was South London singer Dionne Reid. She performed “Here I come” from her 2012 EP, S.M.I.L.E; plus a nicely reworked version of the Chip and Chris Brown collaboration, “Champion”. Her charismatic stage presence and sweetly soulful vocals loosened up the audience, and readied us for the cheeky charm and heartfelt lyricism of Essex rapper, Nick Brewer. Last of the guest acts was emerging singer, Wilson, who brought a touch of smooth, chilled R&B to the room, performing songs from his Painted on Silence EP, with all the poise and confidence of a seasoned artist.

Following a mini interval, a clearly keyed up Juliyaa took the Rich Mix stage, dazzling in a gorgeous vintage floral dress. Accompanied by a full band, complete with a small string section, she kicked off her set with an explosive version of her party anthem, “The Rhythm”. This was followed up with “Like Magic” from the EP. The crowd, who were fully amped by this point, whooped and hollered their appreciation as Juliyaa’s set got underway.

Her rendition of “Tidal Wave” was a particular highpoint. The Drum and Bass inspired single got a rock restyling, and was mashed up with Labrinth’s hit single “Earthquake” and Eiffel 65’s 1999 hit, “Blue (Da Ba Dee)”. These elements combined, transformed “Tidal Wave” from a brooding, dubstep-flavoured track into an electrifying, full-on rock spectacle.

After the high octane start to the show, Juliyaa slowed things down and showcased her special ability to write, and deliver sincere relationship ballads. She performed the songs “Talk to Me” and “I do Less”. She later picked up her guitar to play “Bittersweet”, a beautiful song about love and faith. Juliyaa then gave an impassioned, exclusive performance of “Roundabout Love” from her forthcoming EP 4Loves. After this, it was back to business: Stars & Dragons Live was, foremost a celebration of Juliyaa’s Welsh and Ghanaian cultural identity; and the West African flavour of “Down To the River” saw her encouraging the audience to dance, as she enthusiastically threw a few shapes of her own.

As the concert drew to a close, it was obvious that the final song would be “Stars & Dragons”: the infectious, celebratory title track of the EP, and of course, the night. The Hi-life inspired, standout track had the crowd two-stepping, and “azonto-ing” like it was the law. This was a party and nobody was permitted to stand still: “Hey, you there, man…” Juliyaa called in typical Ghanaian fashion to one unsuspecting spectator – “Dance!” For that moment, she made honorary Ghanaians out of her whole audience. This was a real highlight of the show. It’s a special thing to observe and connect with an artist who performs with such genuinely intense, joy.

Stars & Dragons Live was a success. It was a night filled with rhythm, soul and passion. The warm, carnival vibe created a real sense of fun and unity. People stripped off their coats and winter apparel – and for a while, they forgot about the freezing temperatures outside, because Stars & Dragons Live made it feel like it was the first day of Summer.

Yes, fans may have been expecting the set to include a few more favourites off the Stars & Dragons EP, but nevertheless, Juliyaa proved herself to be an engaging, vibrant performer full of fun energy, and graceful humility in equal measure.

If you have not already done so, download the Stars & Dragons E.P HERE!