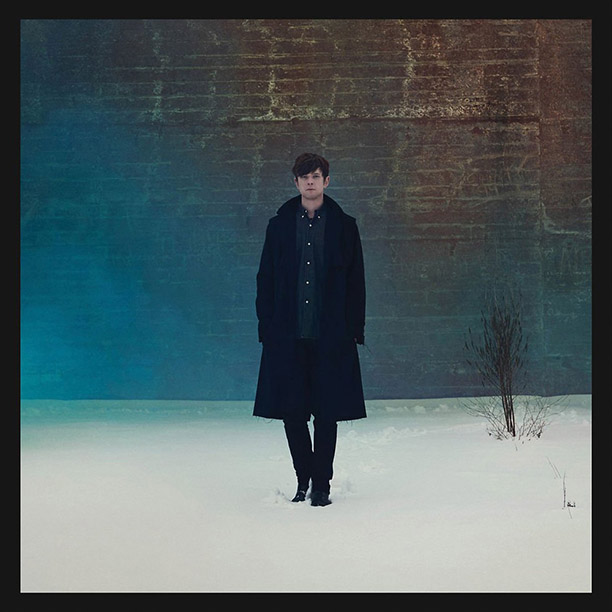 British Singer/Songwriter and producer James Blake is certainly not a newcomer to our readers. The London native – who started off his career making music in his bedroom while studying at Goldsmiths, University of London – was introduced to us in 2009 with a release of “Air & Lack Thereof” and further in 2010 courtesy of the huge success of his critically-acclaimed breakthrough single “CMYK” which earned him the tag, “King of Post Dubstep“. 2011 saw James Blake crowned second in both the BBC Sound of 2011 list and the BRIT Awards’ Critic Choice while his “The Wilhelm Scream” single went on to be one of the best songs of that year. Fast-forward to today and James Blake has gone on to release five EPs and two studio albums including his latest Overgrown which was released earlier this month and debuted at #8 on the UK albums chart.

Kicking off the 10-track album is the album’s title track “Overgrown”. The track presents a mellow rendition by Blake backed up by soft shakers with the occasional sounds of stark piano chords and a drum loop creeping in. Like much of the album – which centers on love – the instrumentals on “Overgrown” stand minimal at best, keeping the focus on Blake’s vocals. “Retrograde“, the album’s lead single, on the other hand, is introduced by a subtle humming which lead into claps, hypnotizing synths and dense kick drum patterns and subsequently, commanding and constant horns, to create a rather expansive and compelling musical backdrop. The song emulates a retro-Soulful feel, which listeners outside of James Blake’s core fanbase will certainly warm towards and enjoy.

Another favorite track from Overgrown is “Life Around Here“. Filled with and driven by melodious synth-heavy keyboard arrangements, minimalistic drum patterns and almost distorted vocals from James, this makes for a really great listen and would definitely make for the perfect second single. Taking an entirely different turn however is the unique song “Take a Fall For Me“, the track features an inspired RZA who raps poetically about transatlantic love over an eerie Hip-Hop backdrop while Blake croons “you can’t marry her” in unison over the sparse and atmospheric drums-led opus. Still on the topic of uniqueness, is the trance-electronic tune “Digital Lion” featuring Brian Eno. The song fuses abstract melodies, which simply described, takes you on an evolutionary sound journey with Blake’s vocals pitching in at the right moments. On this song, it is almost as if he is showing the listener the two aspects of James Blake we have come to know over the years – the Electro-Soul singer/songwriter and the Post-Dubstep beat maker, both in one melting pot and the outcome is absolutely brilliant.

While “Voyeur“, the song that follows “Digital Lion” on Overgrown began to play, all I wanted to do was speed the BPMs up on the track but I should have known better than to question Blake’s musical genius as before I knew it, I heard what I was longing for and then two-thirds of the way, “Voyeur” had progressed well into a head-bopping shape-cutting psychedelic tune. Blake’s diversity is shown on the track as he switches the sounds to take on a more Dub-Step and House feel – this is a sound that could potentially be a fixture as a dance-floor filler in the Summer plus you will do well not to miss that distinct constant horn sound that can be found on a number of songs on this album.

When my editor referred me to Overgrown I wasn’t sure what to expect, but after three straight listens, this excellent 10-track affair is a highly recommended listen! The minimalistic tracks create a serene listening atmosphere you can just play and vibe to and something has to be said about James Blake’s mature songwriting dexterity and how the combination of his production prowess and Soul singer persona has finally come together beautifully and clicked on this record. With Blake writing and producing all but one of the tracks, his level of musical knowledge and the creativity that goes into creating such an intricate album is admirable. Again, the eclectic album Overgrown is worth checking out and be sure also, to look up some hidden Blake mixes under the stage name Harmonimix, you will not be disappointed!