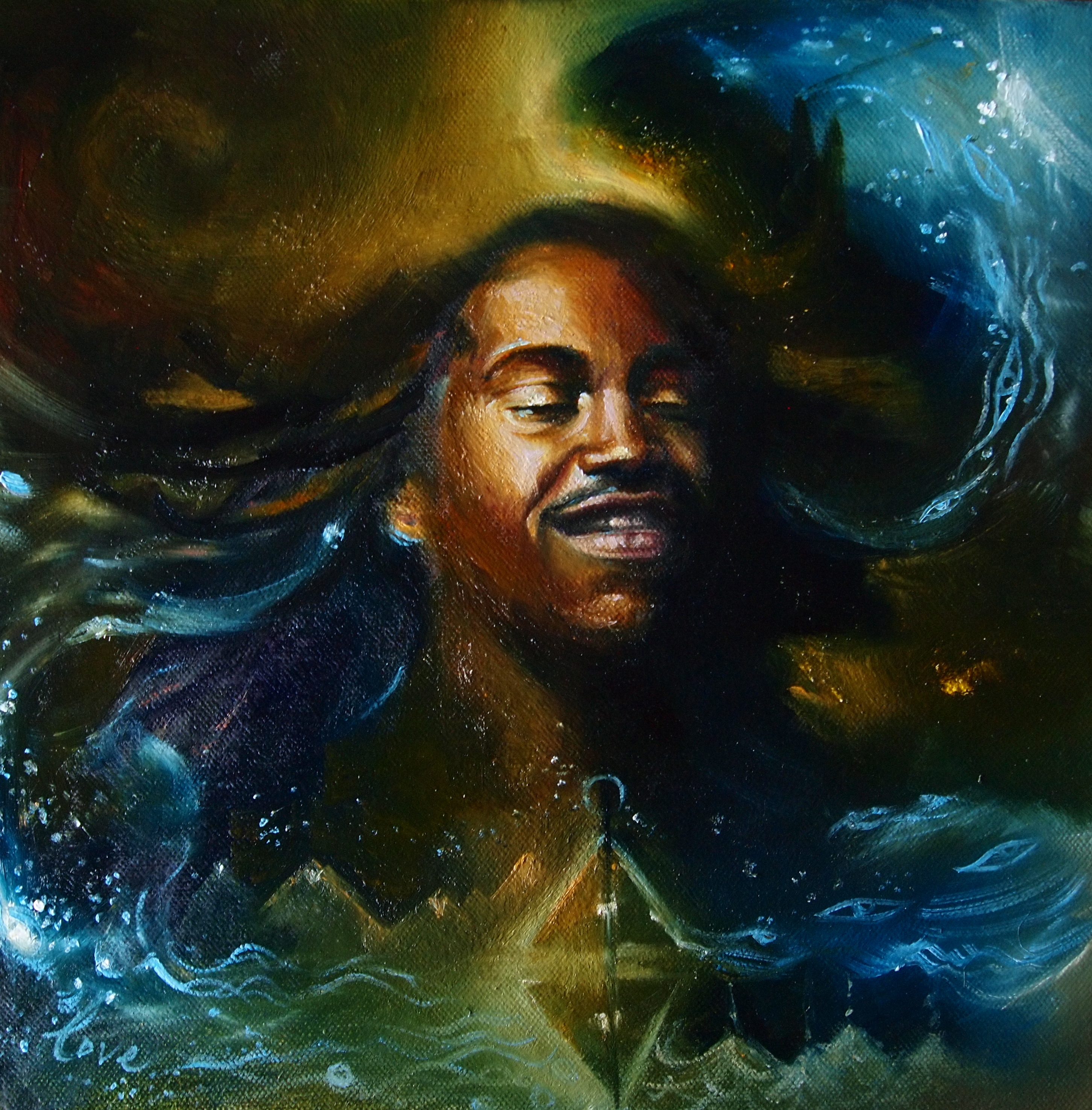 This dreadlocks-spotting singer, songwriter, producer and traveler is being referred to as the “Messiah of Acoustic Black British music” and this is certainly not a far call after listening to some of the songs from his debut EP Sketches and the more recent project Hope Star. We plug to you – Kevin Mark Trail.

Thirty-three year old true artist, Kevin has always been into music, he was born and raised in North West London and greatly influenced by  R&B and Jamaican Reggae music with his mother introducing him to Reggae and Soul from his childhood. He lists the likes of John Holt, Bob Marley, Gregory Isaacs and Toots & The Maytals as some of his Reggae influences while the likes of Millie Jackson, Marvin Gaye, Stevie Wonder and Donny Hathaway represent his Soul influences, with more modern influences including Cassandra Wilson, Outkast, Jill Scott, N*E*R*D, The Roots, A Tribe Called Quest and Sting.

There is no doubt that he has a smooth, melting R&B-ish voice with a tinge of Soul/Neo-Soul to it, which blends very well with his acoustic flair – the acoustic guitar being his main instrument of performance. His sound is comparable to a few musicians I have heard in recent times, kind of like a blend of Alex Vargas, Anthony Hamilton & John Legend, mixed with some old school Tendy Pendergrass. He can also easily be categorized as contemporary R&B alongside the likes of R.Kelly, Usher and Trey Songz, however his soulful depth sets him apart from such R&B lists.

According to an online interview, Kevin was about study English, Art and History at the age of 16 but he decided, “I was gonna leave that all behind and study a BTEC in Music” and the rest as they say, is history. Between then and now, there have been a lot of production credits and major collaborations along the way. He has collaborated with the likes of Estelle, Black Twang, and MJ Cole as well as toured with The Streets, Beverley Knight, Massive Attack, Angie Stone and Pharrell Williams/N.E.R.D among others. His travel spans across different continents and countries, performing, producing and writing  a variety of  music proving his skills as a versatile musician.

Kevin Mark Trail released  a couple of albums in 2005 and an EP titled Sketches in 2009 but became more popular by appearing on two tracks on The Streets‘ debut album Original Pirate Material, including  the 2003 hit single “Let’s Push Things Forward”, which made the Top 40 in the UK Singles Chart. A very ingenuous artist I must add, it is hard to label Kevin Mark Trail as an artist of any particular genre of music. One can however conclude that his sound is a mix of (Acoustic) Soul, Reggae and R&B, as you woill be able to tell from the songs below, selected from his latest record Hope Star, which was released in Nov 2012 and contains eleven beautiful tracks.

The Album’s title song “Hope Star” begins with a smooth piano intro, Kevin’s vocals effortlessly comes in soulfully, followed by surprising rock guitar licks but hey it worked (nice surprise I must add), and it gave the song a ‘not-your-regular neo-soul’ feel and sound. The electric guitar arrangements almost steal the show on “Hope Star” with solos here and there throughout the song. The lyrics talk about believing in a bright future, looking for direction and despite the struggles of life, still believing that you are a ‘hope star’. Take a listen and give it your own interpretation. Be inspired.

A purely acoustic song and mellow in delivery, “Coogee Beach” reminds me of a “Brian McKnight meets India Arie” song. Natural, organic and emotional in expression, Kevin sings intimately about living and enjoying the moment with a loved one, while sitting “on the edge of Coogee Beach”, singing about what he has to give/show to her, happy he is there with her. How sweet? Could it be the actual Coogee Beach in Australia? Maybe so and this is purely a guess but since Kevin is a traveler, he probably fell in love with a sweet girl there while on one of his music trips, because this song is as intimate as can be, let’s steal in on Kevin and his “sweetie” as they lounge on ‘Coogee beach’. Sway to this one.

I am not sure, so we live for the moment, as we sit on the edge of Coogee beach

“Beautiful Stranger” is a song I found very, very interesting, especially the musicality and the general arrangement of it. The song starts with a flute solo intro as Kevin’s deliberate, harmonized and organized vocals usher in the song followed by piano chords which sound like a sampled melody line off the hook of Seal’s “Kiss from a Rose”. The lyrics are deft and tell a tale of a stranger that you seemed to have a soul connection with but who is out of your reach with you wondering what would have come out of it – if you knew them any better, if you could see them or get close enough to have a lifetime with them. Distanced soulmates, beautiful strangers. That “Beautiful Stranger” in this song apparently had the same thoughts with him (isn’t it awesome when love/attraction is mutual?), because ‘she’ joins in on a duet towards the end of the song. This is a very beautiful song. Enjoy it.

I give all I own for a lifetime with you, Oh come to me beautiful stranger

Other tracks worth checking out on Hope Star are “Yellow Man” and “Grand” – the former, an acoustically driven Reggae-influenced song with an inspirational message about race and color and not discriminating because “we are all God’s children” and a rather infectious call and response chorus with rich background female vocals; the latter, a rather poignant song about fatherhood.

One can tell Kevin has surely developed into his own over time and taken his craft very seriously, judging from his branding from the early days up until now. If you want something fresh, something genuine and some excellent and bona fide music, you should get Hope Star today. After listening to this record, you will want Kevin to come and sing specifically to you. May melodies from his human and instrumental chords continue to bask me in a musical reverie. There is no doubt in my mind that this veteran star has finally come to shine – hope is alive for acoustic British Black music, the ‘hope star’ is here.