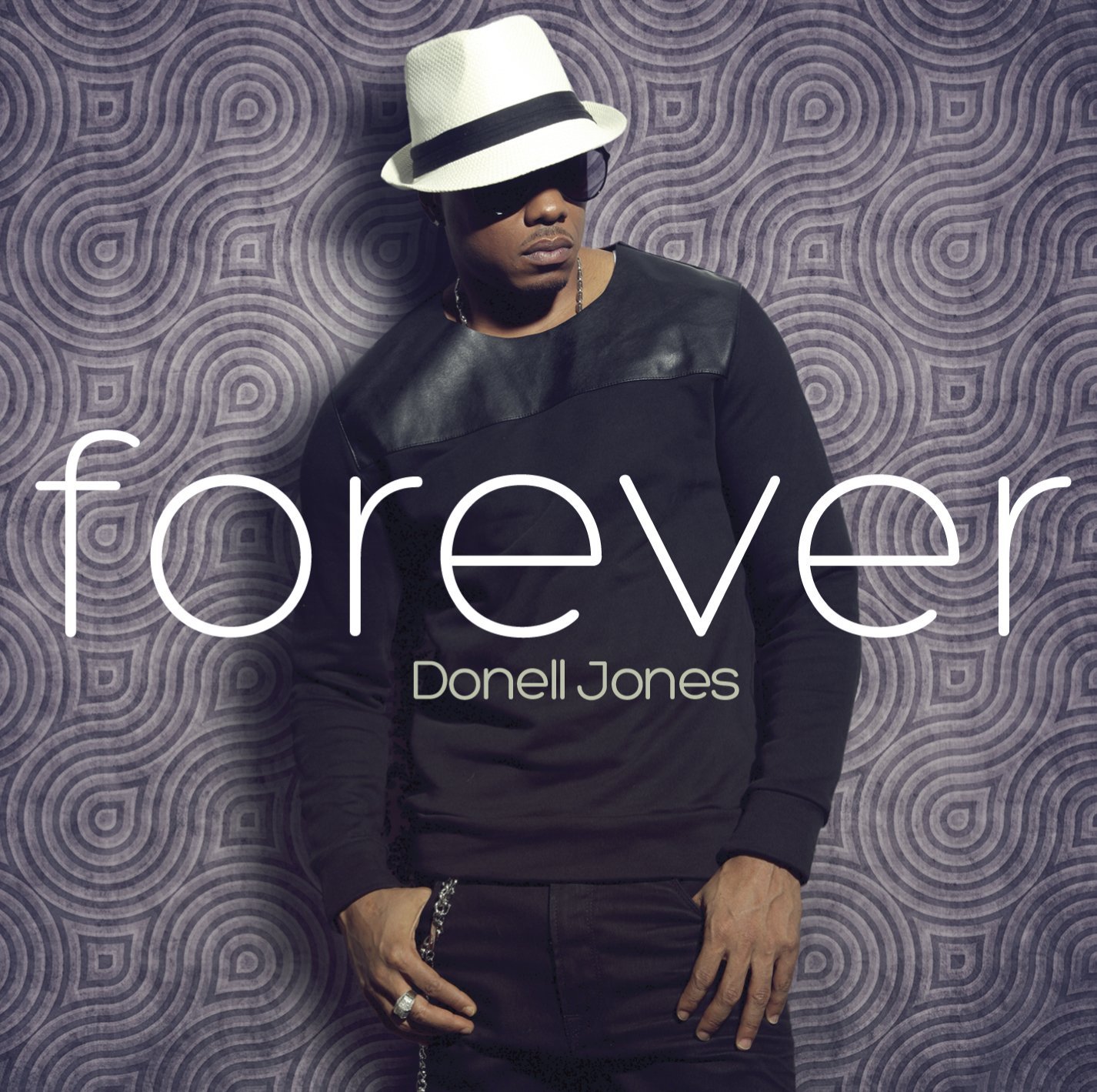 I have written the introduction to this piece like a thousand times, trying to find the perfect way to break in, when all I really want to say is, “hey guys, guess what??? R&B veteran Donell Jones has a new album out!” Ok, now that it’s out of the bag let’s get right straight into this record.

The album is titled Forever and the first song I will be plugging from it is the excellent title track. “Forever” is a smooth slow-tempo tune for the grown R&B lovers. Donell immaculately croons his promises of forever to his lady which goes down a treat with the iconic breathy texture of his voice. What gets me the most about this track is the hook! Once the lyrics “they say a man ain’t supposed to cry…” comes in, I’m totally engaged. The real tempo of the song holds out until that line is sung and then you really feel the bassline break into the track at that point. The song becomes easier to groove to and sticks with you after you’ve heard it. I think this is the perfect song to start the album with as it’s classic Donell, almost like a reassurance to his fans that he’s still doing what he does best.

This album has three dedication-themed songs – “Forever”, “A Mother’s Love” which is as you’d expect an ode to his mum and “I Miss The King” which is what I’ll be plugging right now. The song is bit of a weird one for me to be honest, I can’t say that I love it but I am sharing it simply out of curiosity to see what you guys make of it. From the title, you can guess that it’s about the King of Pop, Michael Jackson and if you weren’t able to guess, trust me, once the hook comes in you won’t be in any doubt.

Now I’m usually pretty alright with dedication-type songs to the fallen stars of the music industry but for some reason this one just doesn’t sit well with me. With that being said, I find myself always “forgetting” to skip the song when it comes on and “accidentally” pressing repeat after it ends. Maybe it’s the way in which he sings Michael’s name all through the hook or the fact that the texture of his voice on this track is so similar to Michael Jackson’s but it’s safe to say that all the hardcore MJ fans out there will sincerely appreciate this track especially as the overall style of it is so Michael Jackson.

Moving swiftly on to this next song, “Don’t Blame Me” is such a man’s track and personally, I think that is what is so memorable about Donell Jones, he has a way of being totally honest and candid about the man’s perspective in a relationship; “Where I wanna Be” is classic example of this and “Don’t Blame Me” carries on in the same vein. The song is a long string of heartfelt apologies and confessions of things he’d done when he was younger as he claims he was only trying to be what he thought was a man. Again, the style and tempo of this track is very Donell Jones with its traditional R&B leanings and I really admire how he’s stuck to what he does best. Its authenticity is comforting but it is not going to start itself guys, CLICK play 🙂

“Closer I Get To You” is the last track I’ll be plugging from Forever and is my favourite one from the album. I don’t how to explain why I like this track the most but I just do. I can’t distinguish between all the instruments that were used to make this somewhat hypnotizing ‘ballady’ melody but I can come up with one word that I think sums it up nicely and that’s MELLOW. This song is all mellow – from the calming hits of the drums to the complementing sounds of whatever string instruments are used – its just all MELLOW.

The addition of Alja Kamillion’s vocals don’t hurt one bit either. Who knew that just saying “ooh la la la” over and over could do so much for a song! The last thing I want to commend this track on is how its all about the melody and vibe, Donell’s vocals literally just ride the song and do not interrupt or overpower the musicality of the song. Find somewhere comfy to sit, lean back and let this one just wash over you.

“Closer I Get To You”

Ok, I know I said that “Closer I get To You” was the last track I would be plugging for this album but “Beautiful” just came on and seeing as I’m already in that mellow frame of mind, I just had to share this next song with you. It is exactly what it is, “Beautiful”.

Forever was released in July and is Donell’s sixth studio album. Generally I like the flow of the album, I also really enjoyed how personal it was bar the Michael Jackson tribute which I still find a little weird but like all the same. That being said, there are a few tracks on this album that, to be honest, I just didn’t really care for but that just goes back to my taste and preferences. There is nothing new on this album that we haven’t heard Donell do before, maybe except for the fact that he plays all the instruments on this album asides the guitar, and while I don’t think this is his best piece of work by a long short, I definitely feel that Forever is a GOOD piece of work and that’s why it has made it way here.