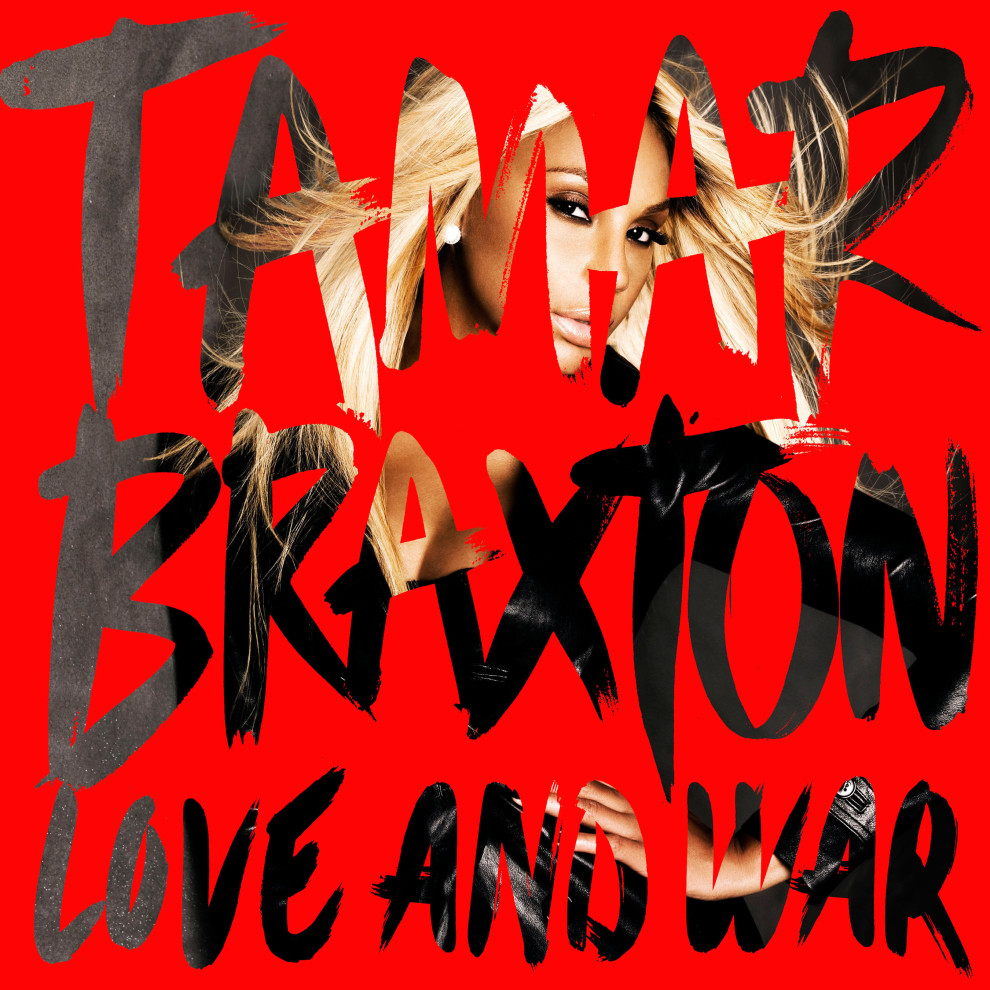 I’ll shamelessly admit I’m a sucker for (some) reality shows and WE TV’s Braxton Family Values just happens to be one of them. Prior to the debut of the show two years ago, Toni Braxton was the sole golden child from the Braxton clan enjoying a hugely successful international music career. The five sisters formed an R&B group called The Braxton’s in the late 80’s however their musical career as a group was short lived as they released only one album.

Tamar, the youngest of the Braxton bunch like Toni branched off as a solo artist releasing a self-titled debut album in 2000. For many, her latest album may appear to be her first, but coming off what could be termed an involuntary 13-year hiatus, Tamar has returned with her sophomore album titled Love and War. The album recently debuted at #2 on Billboard’s Top 200 chart and #1 on Billboard R&B and Hip Hop albums chart selling 115,000 copies in the first week! Being a newly wed mother, its understandable that Love and War comprises of love and relationship themed tracks spanning a few genres; from R&B ballads to southern Hip-Hop beats.

The album strategically starts off by indulging listeners with a song that samples a very popular Hip-Hop track. Infusing Mtume’s “Juicy Fruit” and Notorious B.I.G.’s 1994 debut single “Juicy”, Tamar Braxton’s “The One” – released as the second single off the album – instantly takes you back to that 90’s era of music. “The One” maintains a faster tempo than its preceding single while Tamar’s fun and flirty lyrics reminisce of a sweet young love. Shining mostly on the K.E. production are the song’s catchy hook and chorus, that’ll have you hitting play even when the Summer’s long gone. With this bold introduction, Tamar Braxton reminds us why she is no rookie in the music business.

The next song on the album “Tip Toe” takes a turn from simplistic tune The One with an upbeat club-like anthem revealing the southern urban side of Tamar’s music and backing her vocals on the track. Driven by a classic rhythmic clap and thumping drum patterns, the contemporary tune sees Tamar cheekingly singing of keeping a relationship on the down low with lyrics such as “I don’t want our business on the Wendy Williams show”. While this is a decent offering, other upbeat tracks on the album such “One on One Fun”, “Hot Sugar” and “She Did That” – titled after one of Tamar’s famous sayings – fail to impress, leaving me to suggest that Tamar stick to ballads where she clearly excels.

That said, three songs into the album and Tamar Braxton takes us to yet another genre. “Stay and Fight” is a slow piano-laden R&B ballad where Tamar – as the title implies – sings about wanting to work through a failing relationship. Following that however is the album title track and R&B song of the year contender (in my books) “Love and War”. The melodramatic tune debuted as the albums lead single about 9 months ago and in one word, is flawless. Tamar’s immense talents emerge through her passion-filled delivery and beautifully written lyrics; with an equally great musical backdrop provided by DJ Camper, “Love and War” makes for the best song on the album.

As a bonus I’ll throw in another favorite of mine, the album’s recently released third single “All the Way Home”, produced by The Underdogs.

Overall, Love and War is a great album from Tamar Braxton although I personally believe Tamar could have delivered more. The album clearly identifies Tamar’s musical strength lies majorly in her ballads with songs like “Pieces”, “Where It Hurts” and “Thank You Lord” making for definite must-listens on this record; or “White Candle” where Tamar impressively delivers her vocals behind an almost acoustic musical bed. Tamar has released a true solo effort with no other artists featured on the album and with one of the industries top managers Vincent Herbert behind her, Tamar’s talent is finally getting the spotlight it deserves.