Home » Features » Artist Features » We Plug To You… Yungen | Interview 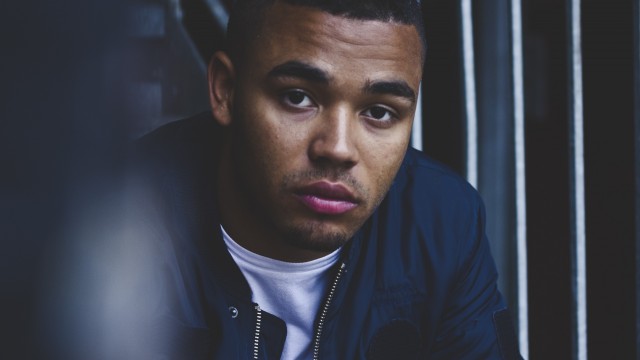 In the last few years, 21-year old London rapper Yungen has slowly been making a name for himself, especially after his famous SBTV ‘Warm-Up Sessions’ freestyle in 2011 introduced him to a wider audience of UK Hip-Hop and Grime fans and eventually got him recruited to Krept and Konan’s Play Dirty collective and record label. Speaking about this achievement, Yungen reveals that he has always been a fan of Krept and Konan, having always listened to them since a young age, before adding that being recruited by them was really a big thing for him. However music was not always Yungen’s first career choice as he explains, “do you know what? I used to like playing football. I used to play football (which was) every kid’s dream but I’ve always loved music and I’ve got three older sisters I used to live with and all they every did was play music so I’ve always been into music“.

His 2012 single “Off The Record” strikes as a very emotionally-charged song and has always been one of our favorite songs from the London native because of the honesty and candid nature of the song and when asked what made him record this particular song, Yungen attests to the emotion behind it, “yeah “Off The Record” is definitely one (emotional), I remember when I actually done “Off The Record”, I was supposed to be in the studio doing another track and my head was just somewhere else and I was like do you know what? I just need to get this (“Off The Record”) done…“.

Speaking about inspirations, Yungen explains that Krept and Konan are his biggest role models and inspiration right now; “because of, obviously, what they have been through. I don’t know if you know what has happened with them, and mainly Konan and seeing them go through what has actually happened to them has kept me going and because I’ve been around them, it’s like they’ve gotten through this and if they can get through this then I can do it and it can actually happen and they’re still making good music”.

Despite his vast experience as a performing artist, Yungen still confesses to having stage-fright and being nervous every time he has to perform on stage, “every single time“, he says. “It could ten people or a thousand people, every single time you get those little butterflies before you go on (stage). You don’t know how they’re going to react but as soon as you get out there, more times (than not), any nervousness goes away… Unless things go terribly wrong“. Speaking about forgetting lyrics on stage and things going terribly wrong, Yungen adds that although he hasn’t forgotten his lyric on stage before, one time the DJ that he was performing with looped the beat to one of his songs and made him lose his train of thought on stage, “that’s never happening again“, he re-assures us.

His forthcoming single “Money Doe Paper“, produced by Diztortion, was premiered on BBC 1Xtra earlier in the Summer and will be released on September 22 via iTunes marking a first retail release for Yungen. Speaking about his vision for the single and how far he’d like it to go, Yungen seems quite hopeful and philosophical about it saying, “I’ll like it to do as much as it can, obviously everyone would like to put out a tune and have it chart but this is definitely just a stepping stone for me. I’ve been on the underground and I’ve been putting out free music and it’s definitely a next step now and I want it to be the start of the future”, but with fans and critics already questioning the sound direction of “Money Doe Paper” and describing it as “commercial”, Yungen quickly clarifies that he would have released a track similar to “Money Doe Paper” before now but because he is releasing this particular single on iTunes, people will have that misconception that he is going commercial but if he released “Money Doe Papaer” for free, they wouldn’t say comments like that.

“I’m still rapping the same on it, it’s just that the beat is a bit more… it’s a better production, Diztortion proper went it on the production and it’s got a nice little break in it but I don’t think I’ve changed“.

When asked about advises he has been given that have stuck with him until now, Yungen opens up about his relationship with his father who he says, offers him plenty of advice and always checks on him to see how he is getting on; “he always says to me, ‘don’t ever ever give up what you’re doing but don’t ever let it get to you, don’t ever let it get to your head that you forget where you’ve come from’, so I always think that. Whether I do a show to thousands of people or whether I get a thousand people messaging me on Twitter or talking about how good my song is, I never forget where I’ve come from and I never forget how easy it is to get back there“.

Yungen’s “Money Doe Paper” is out on iTunes on September 22, you can pre-order the single here. 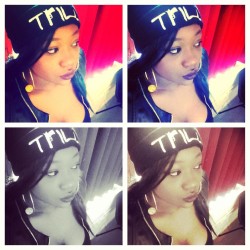 About the author: Whitney Abiodun