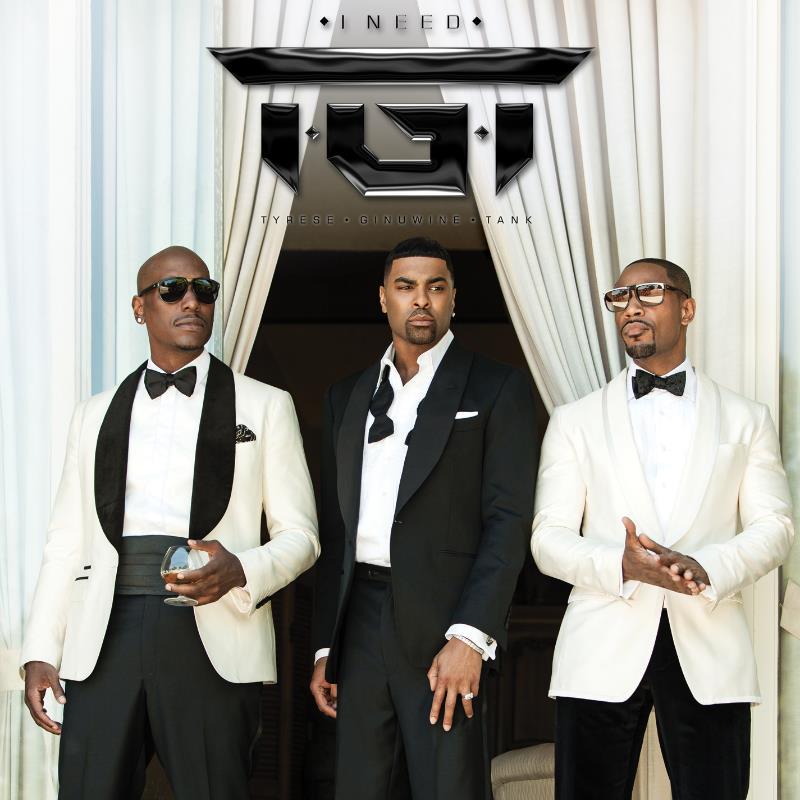 What they said, they wanted to create was the ultimate R&B album, did they do it? Let’s get plugged in and find out…

I was a bit skeptical about doing this review on Three Kings and the album as a whole because there’s so much to expect and the hype has been crazy! For crying out loud, it is Tyrese, Ginuwine, and Tank! How can we not expect amazing success when these three heavyweights come together to deliver? If we had time to divulge into each of their successes individually, this review might never end!

We have Tank with “Maybe I Deserve”, which is still such a heavy tune till date, and then there’s “Please Don’t Go” and that’s not even going into his amazing talent as a writer and producer too! Then there’s Ginuwine with “Difference”, “In Those Jeans” and “Pony” and I’m just naming some of my personal favourites. Tyrese basically hit the music industry running, I remember him from the Coca-cola TV advert, singing in the back of the bus and that was me sold! He has one of those voices with a distinct tone that you can never mistake for another and tracks like “Lately”, “Sweet Lady”, “Signs of Love Making” definitely prove that. Three Kings is probably the most apt name for an album that packs this much success and talent.

So after you’ve wrapped your head around the magnitude of their individual successes, you have to push that all to the side and fall into Three Kings. When interviewed on 106 and Park, they spoke about the state of R&B at the moment and how it inspired them to work on something that would take R&B back to the top; and kudos to them too, because making an R&B album in this day and age without going commercial or featuring like a gazillion Hip-Hop artists will definitely have its challenges but they have somehow managed to do that and do it damn well too! Ok enough with the talking, lets get plugging for real now.

Straight off from hitting the play button, I fell in love with “Take It Wrong”, this track has such a strong presence from the beginning to the end. I don’t know if it’s worth mentioning the arrangement of the vocals but Tyrese and Ginuwine the verses respectively while Tank just owns the hook and boy does he OWN it! One of the doubts I had about this collaboration was how well their voices would fuse together and who would sing what. Their vocals are similar in some parts, especially Tyrese and Ginuwine’s but then they are so different at the same time. You want to get an equal flavour of all of them without it leaving a weird after-sound in your ear and I think “Take it Wrong” accomplishes just that. The most captivating part of it all is definitely the hook; the strength of all three vocals really shine through here. Overall this track is very strong and with the amount of masculinity present, you really can’t expect less. Plus the feature from Black T, Tyrese’s alter ego doesn’t hurt a damn bit, listen below.

Ok, so you guys know that the one thing that every real R&B album – and I mean before it became acceptable to call your Queen a “hoe” – must have is the “I’m sorry I messed up” track and “Next Time Around” is just that and a killer of a ballad at that with its slow-burning keyboard arrangements and dark drum patterns. I have played this song over and over again that I can’t keep count anymore. In fact most of the songs on this album are power tunes, I mean these gentlemen really pour their hearts into every song. And again you can really hear the strength of their vocals when the hook comes in with Tyrese taking lead. Best line on this track “…right now feels like pain, feels like the sun wants to fight with the rain“, like c’mon! SOLD!

In my opinion, “I Need“, produced by B.A.M and The Underdogs, should have been the first official single; there’s just something about it that’s more memorable than “Sex Never Felt Better”. The lyrics are sincere and probably easier to relate to plus Tank really did his thing on this song. His vocals shine through beautifully on the hook and really gives the whole track great emotional strength.

Last but definitely not least is “Running Back”. Apologies to those who are reading this and thinking all the tracks on this album are ballads, but when I listen to an R&B album, these are the sort of tracks I seek out – the ones that make you fall into the album and feel something. What gets me the most about this track is just how mellow it is. On the other tracks, the song itself and lyrics got me hooked but with “Running Back”, its the tightness of the production that I love. The B.A.M produced musical backdrop breaks down just right when the hook comes in and it’s like the whole song just starts to unravel beautifully with sonics that are so tightly put together – from synth-heavy keyboards to thumping drums to lush guitars and organs.

So yes, this review is way overdue but it doesn’t matter, this album will still be as good even if I reviewed it a year later! It has nothing to do with the hype, it is just a good album. It’s been about a months since I got this feature started so I’m sure a lot of you have heard the album and already picked favourite tracks. To be honest, this album is so good that if I had to do this review again I’d have four different tracks to share with you, that are just as excellent in my opinion as the ones mentioned above. I think your mood plays a huge part with the tracks you find yourself putting on repeat. Some weeks I’m all about the grown sexy tracks like “OMG” and “FYH” and other days, it’s the tracks in this feature that do it for me.

I’m just going to say it, Three Kings is probably the R&B album of the year, I might not say it’s the ultimate R&B album, but I do see it getting a shed load of Grammy nods and rightly so. These gentlemen came together to put something out there that was worthwhile and the timing could not be better looking at the state of R&B presently. This album definitely gets a GOOD stamp from me!