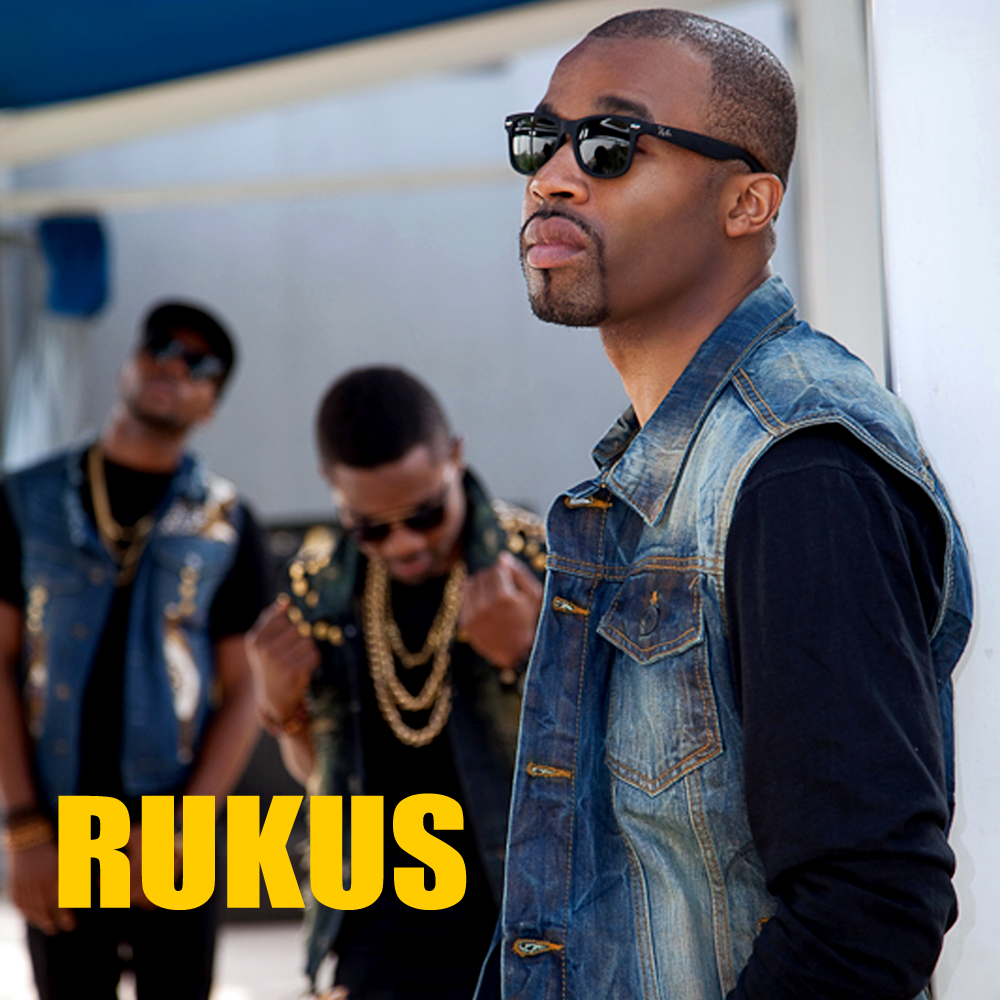 Most artists want to be considered “international” but few are, however that’s the story of rapper, songwriter and producer Rukus. I met Rukus a few years ago when he came into New York for the Nigeria Entertainment Awards. Still not sure how it happened, but I was the designated driver for this person I had never even met. The first thing I noticed were his eyes; he has the most beautiful set of eyes I have ever seen on a man, but I digress. On our way from the hotel in NJ to NY, he told me all about himself, his music, his take on the Nigerian Music Industry and I have been a loyal fan ever since.

Without question, one of the most gifted lyricists in Nigeria, Rukus has also received critical acclaim for his music in the US, UK and Ghana from as early as 2005 when he released his debut album Homegrown. Hailing from Imo State, Rukus was raised in Texas and attended the prestigious Texas A&M University with numerous scholarships for Computer Science and Creative Writing. Upon graduating from Texas A&M, he quickly started his work life at Goldman Sach’s mortgage subsidiary where he became their youngest ever Assistant Vice President, all this while emerging as one of Houston’s top rappers.

His stirring rap remix of 2Face’s hit single “African Queen” received rave reviews across Africa and even garnered the attention of the United Nations, and prompted eLDee to feature him on the remix to his smash hit “Big Boy” in 2008 alongside rising stars Iceberg Slim and US pop stars Chiddy Bang. In the same year, two songs from Rukus’ Can’t Forget mixtape were featured in US publication Hip-Hop Critic’s Top 100 songs of 2008. In 2009, the well-spoken rapper received critical acclaim with his song “Dear Tatiana” which received heavy airplay in California.

Between 2009 and 2011, Rukus released two stellar mixtapes – The Hunger which saw him return to his Nigerian roots and Confessions of a Loser highlighting his lyrical genius, and in 2012, signed to Nigerian record label Trybe Records, where he debuted “Stay Fresh” and “Tonight”, both to critical acclaim. 2013 saw him release a bevvy of tracks and freestyles including the very controversial “The List” which shook the foundations of Nigerian Hip-Hop, which leads nicely onto the release of his brand new mixtape Lucy’s Volume 1.

His Lucy’s Volume 1 mixtape concept originates from the word “loosies” – a term that typically refers to a single cigarette outside of a pack, but in Hip-Hop it can refer to a song or songs that do not fit into a particular project or album. The entire mixtape is composed of unreleased material and freestyle tracks that didn’t have a place on his forthcoming project, nonetheless they are arranged in a cohesive fashion to be released as a project on its own. The prolific lyricist finds himself touching on all sorts of topics – from the pursuit of fame on the mixtape’s intro “Famished” to the issues facing Nigeria in “The News” to the 1st person tale of a terrorist and his act of terrorism in the bonus cut “Innocent”.

My favorite track on Lucy’s Volume 1 is “Chop Money”. Produced by amazing young producer Teeklef, this track is just what a Hip-Hop track is supposed to sound like – a track that speaks about women, fame, haters, ego and money with brazen lyrics and just the right amount of swag to go with it. Masterful use of puns, with the kind of punch lines that you’ll miss if you don’t pay enough attention. I especially love the reference to him being an Igbo man on the chorus.

The next track that caught my immediate attention is “Dear Haters”. It is preceded by a track titled “Mean Tweets” in which he reads mean tweets directed at him and I just knew, from seeing the title of this track, that he would go in on his naysayers and he does exactly that. Produced by Kuebounce, who also produces “ATM” featuring Eldee and “The News” on this mixtape, I have to say that this is a dope way to shrug off all the hate Rukus receives. I love the catchy hook on this, which is something I really appreciate about Rukus, he realizes the importance of a good hook especially to a non-Hip Hop head, who can still go on to love this song.

And Last but not the least and especially because it is produced by one of the greatest ever in Nigeria, Don Jazzy, we have “Questions”. I love what Don Jazzy does with the beat, using a sample of Kanye West and Jay Z’s “Lift Off” which features Beyonce. This freestyle still remains one of my best songs off this compilation even though it was released nearly a year ago.

“How many hits do I need before they call me the best?”

Clearly, I am biased towards Rukus but I think i’m allowed the benefit of the doubt given the privilege I have to plug good music to you, and folks this is 100% good music. Rukus’ entire catalogue of work never disappoints and he continues to up his game with each new release and this is no exception. Download Lucy’s Volume 1 here.