Home » Features » Commentary » WPGM Commentary: Where Are All The Afrobeats Covers? 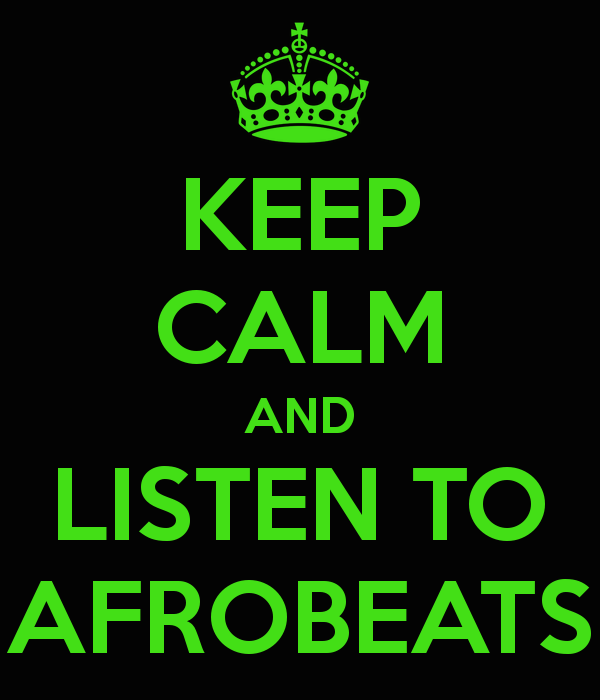 Earlier this week, Wretch 32 was in the BBC Radio 1 Live Lounge performing his latest single “6 Words“, as well as a cover of Usher’s “Good Kisser” and Ed Sheeran’s “Thinking Out Loud“. Besides appreciating how excellent the Ed Sheeran cover was, I thought to myself (and tweeted to the world of course) that now the only thing left is for Ed Sheeran to cover “6 Words” and “Lemi Lere” by Moelogo, and the circle of covers will be complete!

In case I have lost you, here is a quick summary. Wretch 32’s latest single is “6 Words”. Nigerian artist Moelogo has recently done a mash up cover of “6 Words” and “Thinking Out Loud”. Wretch 32 just performed his cover of “Thinking Out Loud” in the Radio 1 Live Lounge. Hence the only thing left is for Ed Sheeran to brush up on his Yoruba and cover Moelogo’s last single “Lemi Lere”. Tell me you wouldn’t listen to Ed Sheeran doing Afrobeats! The confusion alone would break the internet.

But who says that a non-Afrobeats artist can’t cover a song in this genre? Afrobeats artists cover other Western songs all the time. Chris Brown’s “Loyal“, Beyonce’s “Drunk In Love“, “Royals” by Lorde, and “All of Me” by John Legend are just a handful of songs that have been covered or sampled by various Afrobeats artists, and brilliantly so in most cases.

We have in the past heard a number of European musicians cover D’banj’s “Oliver Twist” during the time of that song’s popularity, so the argument is not completely one-sided. Nevertheless it has been a while since covers in favour of Afrobeats music have been done. As the genre continues to grow and increase in popularity outside of Africa, wouldn’t it be interesting to see (or rather hear) non-Afrobeats artists putting their twist on certain songs? Before you argue that it would never work, hear me out with the following potential covers and then see what you think:

Without a doubt, the first person to come to mind when I thought of who could cover this song was Taylor Swift! At the risk of throwing a little shade, you must admit that a song like this about a boyfriend causing his girlfriend grief – or a song about a boyfriend full-stop – can only be covered by Taylor Swift. It has either got to be Taylor Swift or Keyshia Cole! Subject matter aside, “Johnny” is an upbeat, catchy song and you can imagine Taylor Swift having fun with it whether she took it down the Pop route or back to her Country roots; this cover would work really well either way.

Chris Brown or Sam Smith covering “If I Fall” by Hayo Niel?

You may not have heard this lovely ballad by Hayo Niel which came out some years ago, but it is a bit more R&B than Afrobeats. With that said, Chris Brown could really do justice to this song. “If I Fall” is quite soft and chilled, which leaves plenty of room for Chris Brown to go really R&B with it if he wanted to, climbing scales, harmonizing and belting out an “ooh yeah” every so often. A Sam Smith cover on the other hand would likely remain gorgeously subdued, and his smooth vocals and big-ballad sound would just bring so much depth and emotion to this song. Smith would definitely hit you in the soul with this one if he ever covered it.

It would have been so easy to say Drake should cover this. As much as this track by Phyno stands out from the crowd, it can easily be compared with “Worst Behaviour” so for a greater challenge, let’s just leave Drake out of it. Now J Cole could do something with this song. A beat like the one on “Alobam” is asking for the kind of rhythm and playful lyrics that J Cole usually delivers in his music. I can imagine him oferring a much slower rap than Phyno does, but if Cole is simply willing to learn Igbo (it’s not impossible!), I would love to hear him cover this word-for-word. Throwing it way out there, what about a female rapper/MC covering or sampling “Alobam”? I’m thinking of UK artists like Lady Leshurr, A. Dot, RoxXxan, and Lioness; it would definitely be a different take but it could work.

Other potentially amazing covers would be Mary J Blige covering “Emi Ni Baller” by Chidinma (“Miss Mary J lori speaker!” she would kill this!), Beyonce or Jennifer Hudson singing “Wanted” by Tiwa Savage, Sean Paul covering “Yawa Dey” by Burna Boy (too easy I know), Labrinth covering “Aye” by Davido, Jhene Aiko singing “Repete” by BlackMagic… OK now I’m just spit-balling but you get my point, the list could go on. This concept might sound a little foreign now but the perception of African artists and their music is beginning to change amongst Western artists and audiences, so you never know when these kinds of covers could be the norm. Just make sure you remember this article when Ed Sheeran drops the most fire Afrobeats album of the year!