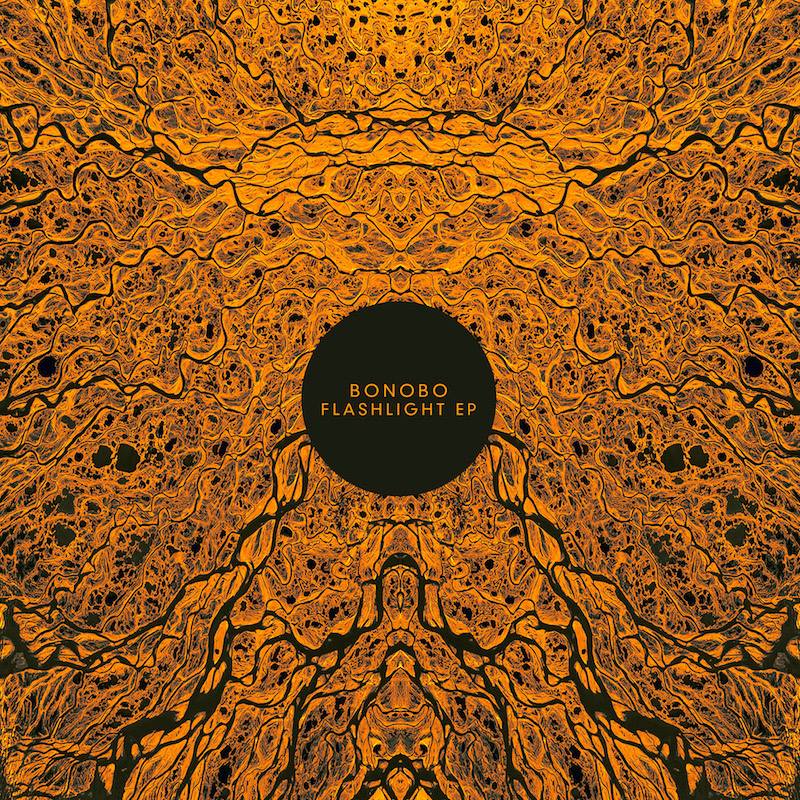 Simon Green, from the seaside town of Brighton. You may know him as Bonobo, and if you don’t, then you should. He’s long now been one of the UK’s finest producers, adding a sensibility to electronic music that only a few can do. He released his masterful fifth album The North Borders in 2013, and since then, he has been heavily touring the material around the world with a live band, something truly special. The mammoth tour came to an end this past Friday at Alexandra Palace, but, quite graciously, Bonobo’s already given us some new material to chomp on.

The new 3-track EP is called Flashlight, and the material perfectly encapsulates where Green is at in his musical journey right now. In fact, he recently explained: “I made this in summer 2014 during some downtime between touring. [Return To Air] was the last track I made before leaving New York and packing my studio into storage. In a way, it’s the last page of that chapter before I settle again and start the next album”.

There’s been an evident lean towards dance and deep house by Green in the last few years, but not necessarily a full-on one, instead he’s taken elements from those genres, particularly the genres’ constant pulse, and fused them with his usual atmospheric and emotive style. “Flashlight” and “Pelican“, the first two tracks of the EP, demonstrate this blend beautifully.

That aforementioned pulse greets you from the get-go in the upbeat “Flashlight”, and acts as your anchor while part after part, the track is built up linearly – first by a plucked jovial pseudo-bassline, then by a synth phrase that slithers its way in and out of the track, and then by the shuffling drums. At its culmination, the parts are all working together seamlessly, along with a now proper bassline, a dark one, some out-of-reach vocal samples, and looping atmospherics in the background. They all create a textured, percussive ride that rolls along like the most perfect of balls.

“Pelican” is a slightly different creature, but at its core there’s still a pulse that drives the track, albeit one a little more choppy. It is combined with some throbbing and twinkling synths, that give a living, breathing quality to the track, making it feel like an almost alien-like organism. Green throws in some high-pitched vocal samples, ones that you would think could only belong to fluttering fairy-like creatures, that add to the air of otherworldliness the track emits.

Green saves very possibly the best on the EP for last. “Return To Air” shows the other side of his production face, the one that’s painfully pretty. The track doesn’t pulse as much anymore, rather it floats along. The soft bassline fills you with warmth deep down inside while the various vocal samples take centre stage and leave you feeling completely captivated, as if you’re in a dream. The whole thing has an ethereal breeze to it, a delicacy that makes it something you listen to with care, without saying a word for fear of scaring it away.

Bonobo has an effortless way of taking us on a journey through his music and is even able to do it in the quick 15 minutes of this Flashlight EP. A lively pulse is gradually slowed, leaving you feeling like you’ve just had one of the best nights out, and have ended up back in bed wrapped in a warm cocoon.