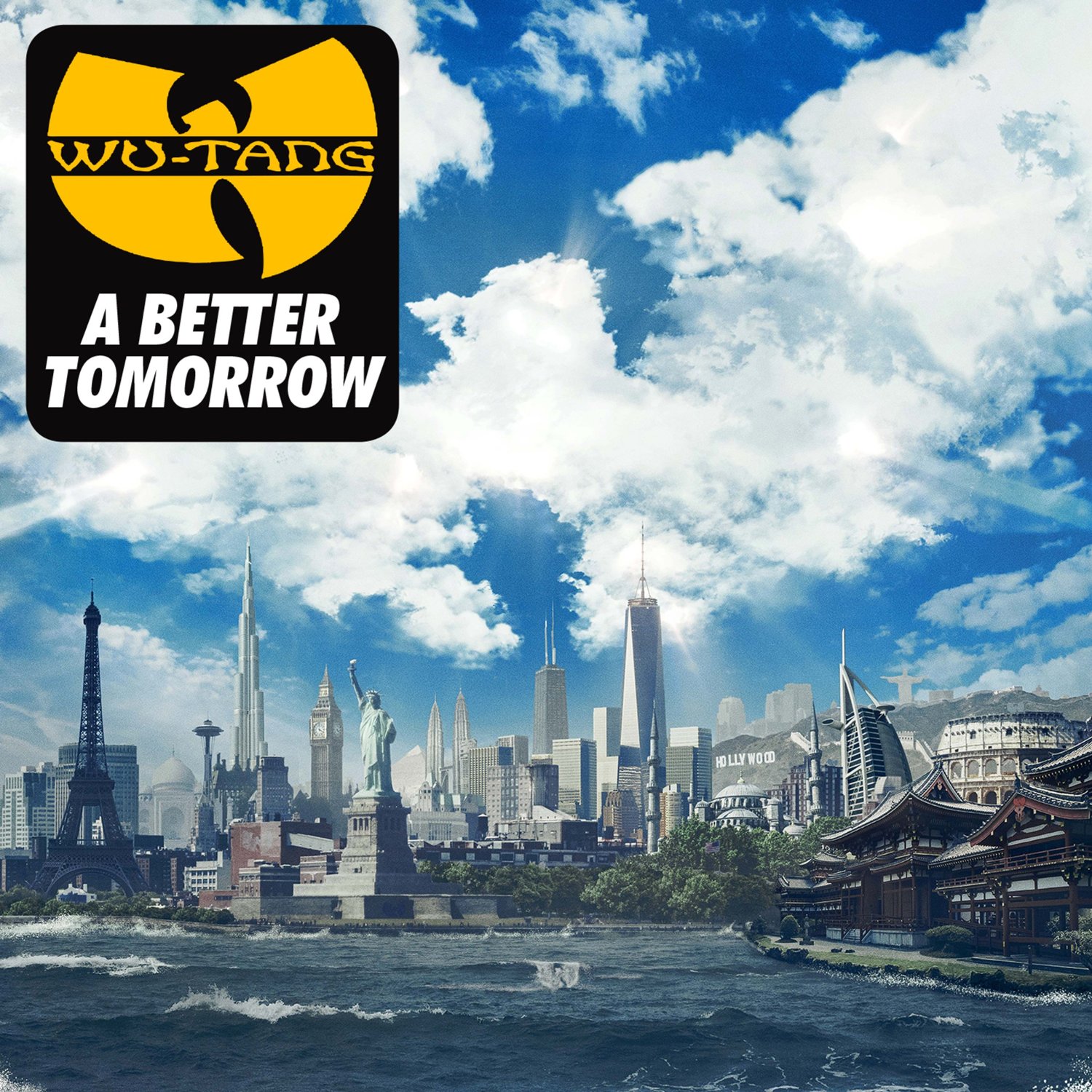 You may have barely been in double-digits when Wu-Tang Clan released their seminal first album 36 Chambers back in November of 1993, and you may not even listen to Hip-Hop, but despite all that, in the 20 years that it’s been booming out of headphones and speakers, you’re most probably well aware of the album’s – and the group’s – significance. To commemorate their 20th anniversary, the 9 emcees – RZA, GZA, Method Man, Raekwon, Ghostface Killah, Inspectah Deck, U-God, Masta Killa and Cappadonna – got themselves back in the studio and have given us their sixth studio album A Better Tomorrow.

Buzzings began way back in 2011 already, with views from various members pinballing back and forth, with Raekwon and Ghostface mentioning that an album was in the works. The former then had a change of heart a year later, and that same sentiment was revealed by GZA. However a year later, RZA, the de facto leader of the group and beat-making supremo, stoked the dying embers of the hopeful once again, saying he could see an album happening, that for their 20th anniversary the “brothers should definitely come together”. Three months later, in January 2013, the news was made official via the group’s Facebook page, with Method Man further confirming this soon after. Cue mass hysteria and hype.

“Ruckus In B Minor”:

The first words uttered on A Better Tomorrow are “after all these years, what you said was true, the Shaolin and the Wu-Tang are very dangerous”, and immediately the sense of event hits your chest like a two-inch Bruce Lee punch. Throughout the raw and powerful “Ruckus in B Minor“, each emcee delivers clever lines with a shimmering swagger, a combination that only the best possess, but it’s U-God’s first bar that might be the most pertinent: “The most duplicated, anticipated, validated”. You’d be hard-pressed to find another rap act whose styles have influenced so many and been more copied than any other, and whose albums have been more waited-on than any other, and who are regularly on top of ‘Best Rap Act Ever’ lists.

“Ron O’Neal” starts with one of those typical RZA samples of old-school martial arts, and from the sounds of it, someone’s been left in a heap on the floor from a mean roundhouse kick. It’s about to get real. Along with the Wild West-duel type guitar lick and thick brass, the whole thing has quite an ominous feel to it. The crew sends out a reminder that they’ve been doing things right for the past two decades, and that they still are. Meth takes a shot at the current state of hip hop affairs, claiming “veterans is slipping, they ain’t doing it the same”, while Ghostface speaks for everyone in the crew when he says “we all holding the torch”. You’d be quite naïve to think that it’ll be passed so easily, and without a fight.

A Better Tomorrow’s “Keep Watch” comes from Mathematics, who’s been a frequent collaborator with the Clan from the beginning. It’s a surprising standout, with its plucky vocal sample and soulful hook, and boasts arguably one of the best verses on the album in GZA’s. It’s of cosmic proportions. He speaks of “hip hop energy balanced on all sides, such great symmetry”, the bars of which “unlocked the power of the stars”. It couldn’t be said any better. Elsewhere, on the rolling “40th Street Black/We Will Fight“, U-God is in “beast mode”, on the gangsta’ “Hold the Heater“, Cappadonna’s “ready to eat”, and on “Never Let Go“, all the members impart some wisdom of what to hold on to in life.

There’s always one thing you can rely on the Wu-Tang Clan for: that they’ll do things right. They know Hip-Hop, and on A Better Tomorrow, they do things right, from start to finish. None of us know whether or not we’ll see another Wu-Tang record in the future, but if this is the last one, it’s a fitting send off for a group of minds that blazed trails – the rawness of the beats, the rhyming intelligence, the dynamism, the individuals all flowing in synch, it’s all there. In the positive and uplifting final track “Wu-Tang Reunion“, Masta Killa sums up what we’re all feeling: “It’s good to see the Wu-Tang family under one roof”. It very much is.