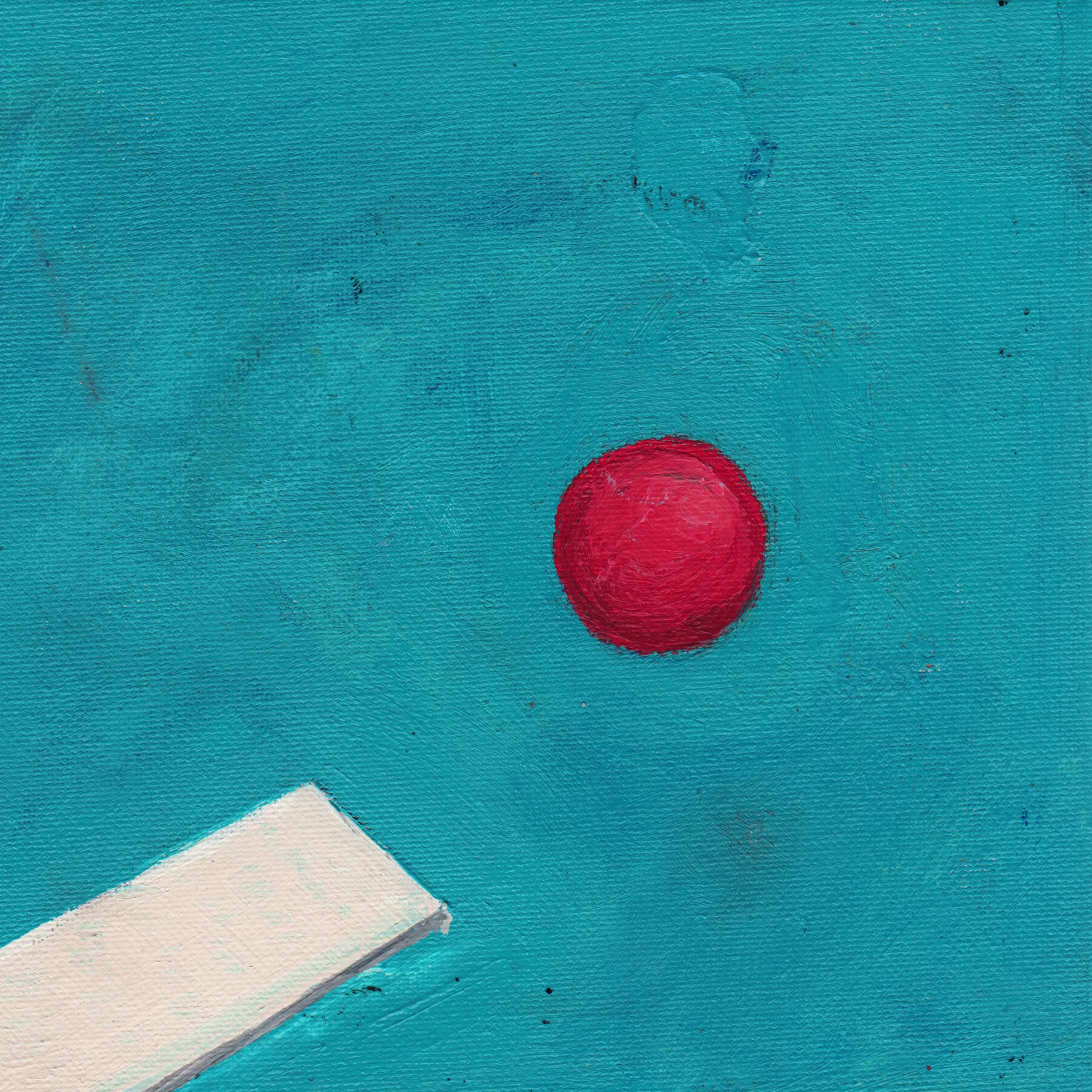 The evolution of inquisitive Manchurians Dutch Uncles has been one of self-discovery, wanderlust, experimental play, sandwich-naming and an inventive creation of math-pop and prog-pop fusion that has the potential to expose into the masses. They gave hope to music fans of Northern England that grew restless with the Neanderthal masculine odor of “Madchester” bands and could break the barrier between commercial accessibility and musicology appreciation.

Their fourth album O Shudder shows that their maturation has reached to the point in which it’s safe to say they have perfected the balance between fun and sophistication. Their fun personality has always been there. Who could forget lead singer Duncan Wallis dressing up as a bride in the video for “Face In”? It featured on their self-titled debut album which contained the start of their now infamous time signatures and hinted at the intellectual potential of prog rock experimentation, jangly guitars, unpredictable dichotomy, exciting polyrhythm and delightful pianos. Yet the German-located band felt a little lost, lacked an unidentifiable ingredient and was overshadowed by dirty post punk distortion and violent drum hits. The song structure also had a lead towards the pop punk of My Chemical Romance and the mischievous attitude of Blink 182.

The consistent two year gap between albums has lead to a smooth transitional flow, which has developed the intricate details of their sound and slowly filtered out the explosive rock elements but kept the genre’s eccentricities. Follow-up Candenza was more challenging, shaped their prog-pop stylings with improvisation willingness and introduced well-planned chanting harmonies and a charming love for music boxes. Whilst their third album Out of Touch In The Wild introduced an exotic nature, The Verve-esque traditional strings and a closer association with Everything Everything and Egyptian Hip Hop through their unconventional use of synthesizers and nostalgic geekiness, which would progress further into the next album.

Now we come to Daniel Spedding’s last album O Shudder with Dutch Uncles (the guitarist left a day after its release to pursue other goals), and by definition it is an indie pop album with 80s synth pop and new wave elements. It feels cleaner and focuses on the juxtaposition of three types of musical keyboards; the piano, the electronic keyboard and the synthesizer, whilst completely diluting their hysterical antecedent rock to good effect. It extends the style of “Flexxin” from the third album.

With eyes closed, it’s easy to envision a tropical party on a beach whilst all the clientèle are dressed in smart suits surrounding a oddly-placed shiny black piano. A great example is the incredibly diverse “Given Thing“, which starts off with lonesome piano reminiscent of what it would be like if Ben Folds provided the soundtrack to The Sims computer game and is complimented by rising strings. Yet it contrasts with the summery marimbas that provoke a Hammer meets Reich composition to a Miami detective series. The same exotic feeling is also represented on “Upsilon“, albeit with a Hot Chip rhythm and beat progression and additional new wave harmonies.

The experimental nature which levelled up their fan base and their increasingly love for brass born from Out of Touch In The Wild (maybe the next album will be completely orchestral) is evident in the whimsically industrial “Drips“. Different pitches of brass speak to each other in an abstract manner that recalls the factories of Björk’s Volta yet the Two-Door-Cinema-Club jittery and jive-inducing rhythm guitars remind us that it is in fact an indie song. The job disappointment theme of groovy new wave “Decided Knowledge” and the sexual desperation of “In N Out” remind us that Dutch Uncles also want to express themselves through their lyrics.

One of the most noticeable things about Dutch Uncles is the falsetto of singer Duncan Wallis. At times it has divided audiences with its sometimes lack of expressiveness and its confusingly androgynous vocals. However this may not be a hindrance this time. Covering Grace Jones’s “Slave To The Rhythm” on Soundcloud may have influenced the drama in his voice as shown in “Drips” and “Don’t Sit Back“. Whilst the new growing popularity of androgynous voices from both camps: Shamir, Brittany Howard (Alabama Shakes), Nick van Hofwegen (Young & Sick), Timothy Bruzon (Wave Machines) and Jonathan Higgins (Everything Everything) will be beneficial to their cause.

Even though they now sound nothing like Oasis or Happy Mondays, a Manchurian-esque love of football that dictated their decision to premiere their album at a non league match and a collaboration with Manchester residents Stealing Sheep on “Be Right Back” shows that they recognize their roots. They are just a different breed of male band that still inhabit the Gallaghers’ free spirit of hedonism. Dutch Uncles’ new album O Shudder is out now via Memphis Industries, purchase it here.