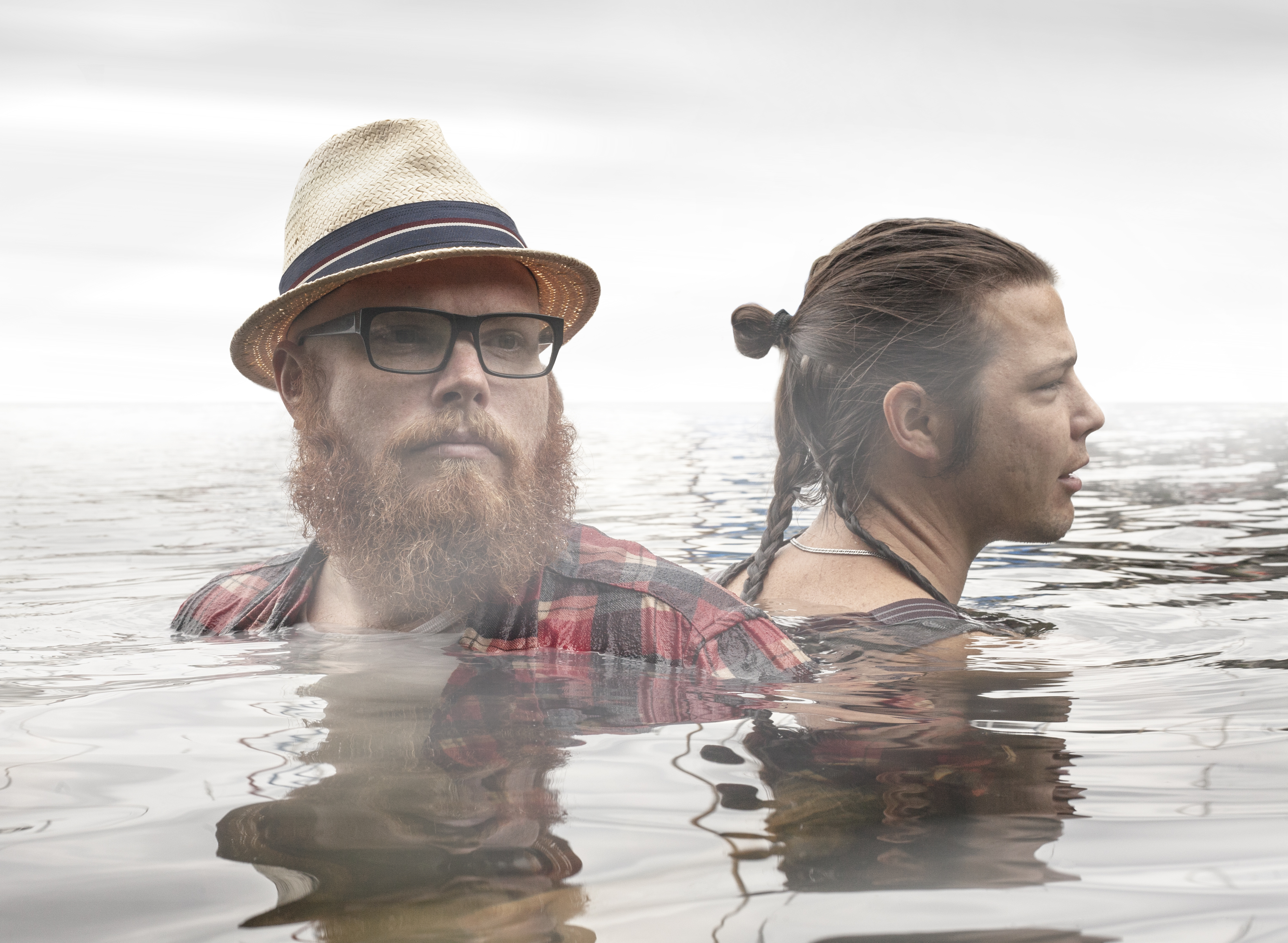 We are travelling in a musical era where genre chemistry is becoming normal. The age of fusion. Categories of music are spliced together like cocktails to create new mixtures that result in either the refusal to be labelled or the impossibility to describe them. Swedish duo Billy Momo took another route to solve this emerging dilemma. “We’ve always had a hard time labeling our music, since we are influenced by such a wide spectrum of stuff. And some of the music we are influenced by might not shine through as clearly as others but it’s definitely there for us. So instead we asked friends and fans to name our music and Urban Folk was the one that stuck with us“. Broken into two, the “Urban” part actually refers music associated with cities (Hip Hop, pop and rock) and the “Folk” explains their rural influences of blues, folk and bluegrass.

Whatever it is named, it will be a sure fire hit in America because it sounds like it could easily be slotted into their radio’s playlists, especially in their more bluegrass moments. In fact they just arrived back from a successful trip in sunny California with a few pleasant stories to tell: “We had the fortune of getting one of our tunes (“Wishing Ain’t No Sin”) on a tv-show called ‘Better Call Saul’“, says Tomas, the red bearded member of Billy Momo. “Last week we were invited to play at a festival in Napa, California called Live in the Vineyard and we had a blast! A beautiful town with lovely people living in it. We met some really nice people over there“. The braided hair member Oskar adds, “we really hope to be back soon“.

A bar called Stockholm Speakeasy could be said to be the birthplace of the band as its current formation of Tomas and Oskar, as well as the origins of the five other members who make up the live set up. “All of the band members used to either work, drink or perform there. So we all met at Speakeasy. Some of us are even related by blood. Drummer Tony Lind is my older brother. Guitarist Oscar Harryson is my brother-in-law“, explains Tomas. It is also worth mentioning that Tomas’s wife provides backing vocals on the retro-piano-blues of “Drifting Away” – a song that also features electric guitar and croaky percussion and is ironically about: “some friends of mine that used to be in really bad relationships and I put the different stories together into one“.

Although they worked together at Stockholm Speakeasy, Oskar informs us Tomas and himself go even further back as a band in school, however it was a decade before Billy Momo became their music child. They released their debut Ordinary Men in 2011 before getting picked up by Hype Music as the first Scandinavian signing to the British underground digital label. Whilst last year, they followed this up with their sophomore Drunktalk, which Tomas admits advances in the band’s songwriting because it caters for the eventuality that seven members will be performing it live as opposed to molding two-part songs into a larger set-up later on in the touring process. As a matter of fact, the extra band members appear on the record when needed, which is most likely in the case in the multi-layered “The Weekend” and “It’s Mine“. It’s easy to understand the genre dilemma when you hear the LP for yourself.

Opener “I Got You” has a lullaby intro with soft xylophones and baroque strings before violin-pop energy a kin to Kishi Bashi, enters the frame and becomes the hook behind the indie harmonies. There’s even a graceful oboe peaking through that get its moment in the spotlight at the end. “Wishing Ain’t No Sin” is a blues folk anthem with consistent drum pace, precise humming and a banjo and is likely to be performed in a Western saloon. Yet the thing that stops it from being stereotypically Nashville is the vocals which – like on “I Got You” and “It’s Mine” – have an un-American and distinctive calmness of Damon Albarn’s solo work.

“Drunktalk” effectively samples a clock ticking which Tomas analyzes as being: “a feeling of time passing in the song” but then Oskar explains that the song is ultimately about dreams passing by and that the discovery that “you’re losing faith in yourself“. It’s a somewhat cautionary tale on drinking and it’s true in its observation that underachievers drink more to convince themselves of their contrary fact until the temporarily spell is over and what is left is the harsh reality.

The aggressive dragging sound is like the wake-up call both literally because it sounds like curtains being opened in a vampire-burning morning sunshine and metaphorically as it’s time to for action. The chorus has a whisky-drenched harmonica and unintelligible muttering, possibly symbolizing the drinking stage, along with a sad piano that furthers emphasizes the song’s emotional desperation. Another form of clock sample as heard at the beginning of “Keep Dreaming“, although this time it’s possibly the striking bells of London’s Big Ben.

Flowing like a combination of the theme tune to Black Books, Shaun of The Dead and Disney’s Under The Sea, marimba-like xylophones give a gloomy backdrop to the Caribbean-calyspo dub of “It’s Mine”. The multiple vocals in the chorus take on the stance of a chant with beer mugs swaying back and forth for an ambitious cause. Strings, double bass, harmonicas and voice-overlapping complete one of the most infectious and best examples of the genre-labeling problem. The exotic vibe is also heard on “Shine Like The Devil” amongst the Ennio Morricone-sounding harmonica, but it was created by muting a piano with duct tape. This improvisation attitude is also felt on another religious-themed Americana track “Oh Lord“, which rather than be a fully-fledged hymn, uses the spiritual phrase as a last chance hope in an pessimistic maze.

“Keep It Unreal” confuses things further by not only transforming into sophisti-pop with fluttering strings accompanied by Spanish guitar origins with vibrato-twang hooks and a light acoustic blues tempo similar to the slower moments in John Mayer records, the voice also becomes more reminiscent of Mick Hucknall and Grufff Rhys. The same observation can be made in the accordion-jolly and harmony-dominated “La La Land“. Although Tomas notifies us: “I have a lot of favorite vocalists but I wouldn’t say I sound like them or try to sound like them. I love both Tom Waits and D’angelo but they don’t have much of a common thread I guess“.

He goes on to credit The Band as a possible influence due to their singing harmonies and switching of lead vocals. Whilst Oskar highlights Funkadelic, Neil Young and Outkast as inspirations for his songwriting. Having said that, as a whole they both share similar record collections and are also on par when it comes lyrical compromise. Writing about the everyday and without a clear concept, they set one rule for themselves: “we always make sure we both feel the lyrics, even though it might be one of us that wrote it. We want Billy Momo to feel like a common ground“.

Achieving moderate success in their own country, the band have recently teamed up with a brand new Swedish company that make healthy organic drinks, although as it’s early stages, not many details are clear but they aim to keep in touch with their fans about any spontaneous adventures in their music or otherwise. They are also still searching for a permanent genre title as Tomas addresses in a typically open-minded Billy Momo personality: “we are always up for ideas when it comes to naming our music. Tell us on Facebook what you guys think we should call it“.