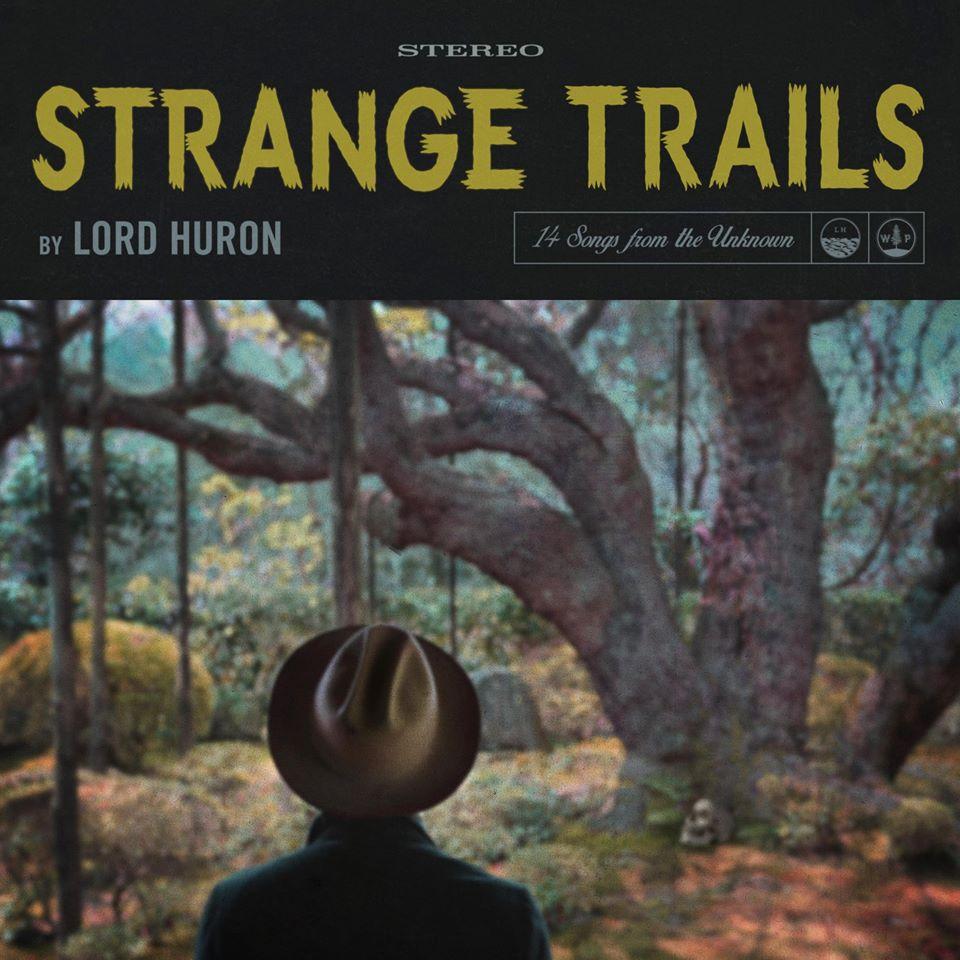 Ben Schneider’s fondness for telling stories in a panoramic fashion is what makes Lord Huron a rare treat. In a comparable scheme to Finland’s Heroin and Your Veins, it’s not a music project with contract-obliging and one-dimensional video promos acting as advertisements, with the sole purpose for aiding cash flow and funding flashy sports cars. The visual and the audio are bound together as a deep exploration into metaphors about mental and physical journeys and soul-searching in vast landscapes.

The destination for Schneider’s tales in debut album Lonesome Dreams were inspired by Lake Huron – one of the five Great Lakes of America – an insightful place that Schneider soaked up as a child, motivated the surrealism in his poetry and a place that he performed amateur campfire music sessions. The narrative of the album were visualized effectively by a series of western style short films, coated in 1970s graphics and projector film dirt. Branded with Lord Huron’s logo, containing credits and “to be continued…” incentives to make it all artistically authentic.

Occasionally the actions and scenes were synchronized thoroughly with the lyrics, like in the case of “She Lit A Fire“. When an attractive woman suddenly flees away from her heroes after being rescued from an antagonistic tribe, it leaves the protagonist cowboys puzzled and heartbroken with the audio, “where has that girl gone? She left no trace but I know her face and I will find her“.

This was one of many old and captivating adventure missions that reflected the Western-flavour of their indie-folk environment, although the inter-connective and universal subject matters of the album was based around mistimed love (“She Lit A Fire”), escapism (“Time To Run”), immortality (“The Man Who Lives Forever”), uncompromising spirit (“The Ghost on the Shore”), in-denial-mourning (“Into The Wind”) and difficult choices (“Ends of The Earth”) seen through celestial, nature-loving and philosophical star-gazing eyes.

Yet there was an extra ingredient of exoticism that traveled even further than the deserts, sand dunes and the woodlands of America, it was the trips to Mexico and Indonesia that Schneider had embarked on previously and his thoughts and experiences in the Navy that gave the album, its expeditions and unpredictable depth. Wind chimes, tribal-percussion, harmonicas, tablas, Asian strings, foreign chanting and hydro-logical sounds adding to the already lush and psychedelic melodies and breezy, yodel-like harmonies that have become Lord Huron’s idiosyncrasies. All of this also helped the listener organically picture the indigenous Wendat people of Schneider’s beloved Lake Huron and their strict social structure.

Three years later, Schneider and his comrades (Mark Barry, Miguel Briseño and Tom Renaud) have returned with an ambitious sequel. Taking the 360° storytelling a step further, Strange Trails can not only been feasted upon by the ears and eyes in the form of audio and video, it can also inhabit the sense of touch as a pulp comic book magazine is being launched in independent stores. Drawn by his brother-in-law and illustrator Tony Wilson, the comic helps explain the new characterization, rushed energy and interpretative stories that possess Grindhouse-esque themes of revenge, fighting, gangs, heroism and violence.

Take for instance, the dark-noir-surf of “World Ender“, its rhythm and chords are like Jerry Lee Lewis’ “Great Balls of Fire”, it vibrates like Chris Issak on Schneider’s trademark lap steel guitar from American roots traditions, it shuffles like a B52s anthem performed by The Black Keys and is vocalized like a hip-moving Elvis Presley. It also immediately envisions a combination of Robert Rodriguez and Quentin Tarantino cinema, specifically Kill Bill meets From Dusk Till Dawn, in a dangerous off-road bar. The lines, “…to have my revenge. They put me in the ground but I’m back from the dead” reflects a victim of a house disaster intended to kill him by an arch-rival, but it could easily have been the thoughts of Uma Thurman’s The Bride in the buried alive scene in Kill Bill Vol.2.

Although the Neo-Noir stories are meant to be fragmented, the World Enders are also the name of a greaser gang featured in the first and well-directed music video of the new concept in “Fool For Love“. Stuck in a love triangle, one lover of an unseen femme fatale vows to defeat “the baddest guy in the whole wide land” Big Jim so that he may exclusively have the girl’s love. The song structure takes the form of fighting-talk, exemplified by “Well I’m afraid to fight, let’s step outside and I’ll show you why“, but also contains a sense of vulnerability, fear and fake confidence from the hero: “Never mind the odds, I’m gonna try my luck with her“.

Rare moments that didn’t feature in Lonesome Dreams’ film collection including humour and a band appearance, possibly show a different and more whimsical direction yet the song itself is a welcome return to Lord Huron’s style. A mix of melodic bridges and rest stops, jangly guitar and upbeat claps and percussion and the unmistakable personality in Schneider’s voice make it easily digestible after one listen. It also benefits from containing a similar stamina heard on “Time To Run“, one of the highlights of Lonesome Dreams. Furthermore, “Way Out There” is charming for its return of water-sound effects (a Lord Huron fascination) and squishy yet sophisticated other-worldly synths. Lyrics such as “I’ve been a rebel since my birth” and “If you think I’m scared, you’re wrong“, add to the ego-building, militaristic confidence more prominent on this album but of course is in an alter-ego persona.

Despite the multimedia aspirations, ambiguous night photography and poetry in the new LP’s booklet, this album’s music is less gripping and requires the much-needed film accompaniments a lot more than Lonesome Dreams, which had the patient and atmospheric power to stand alone and allow listeners to close their eyes and imagine the story themselves. It had that immediate impact and emotional connection that is rare to find. Strange Trails is a grower and it promises an array of distinctive characters such as Buck Vernon, Frankie Lou, The World Enders but the music itself within is so repetitive that it is hard to differentiate them from each other.

It’s true that Lonesome Dreams utilized the album format by fading the tracks seamlessly but they possessed individual colour tones as opposed to the same shades of brown on Strange Trails. Tracks also lack the patience and are a little too speedy which doesn’t allow time for the melancholic flow to truly wash over you like wind or water, hence why it’s more difficult to imagine the strangeness for its title. “Hurricane (Johnnie’s Theme)” is predictable and dull and has a title that promises more power, “Meet In The Woods” is surprisingly lazy on its harmonies, “Cursed” quickly grows lethargic and “The Frozen Pines” is somewhat an anti-climax.

Nevertheless “Until The Night Turns” has a fun groove and apocalyptic wisdom as well as a saxophonic subtlety, “Louisa” accommodates flamenco movement and “The Yawning Grave” brings back tribal knocks and effective voice layers. Even with its overlong 14-track composition, it’s hard to feel submerged inside its waves. However, music videos can be a very powerful thing and may sway opinions for better or for worse, so it’s best to wait for the whole story to unfold. “To be continued…“, as a Lord Huron short film would say. Strange Tails is out now via IAMSOUND Records, purchase it here.