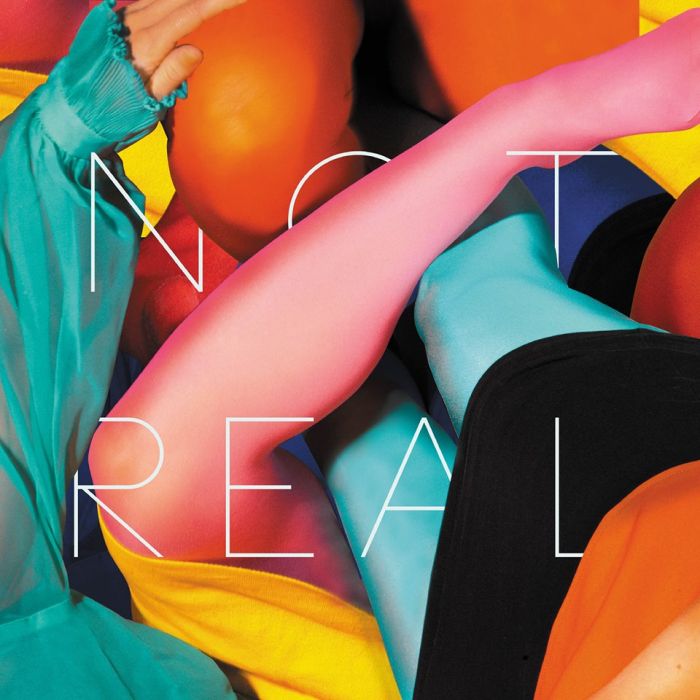 Renting out their enchanting unified harmonies to fellow Northerners Dutch Uncles for the final track of their album O Shudder, Stealing Sheep have themselves released a new album in the first half of 2015 and have created their own reputation of experimental invention that they call “sheepiness” from their celebrated debut release Into The Diamond Sun which goes for their performance on the record and atypical arrangement live (there’s no frontwoman or lead singer and they often play multiple innovative instruments).

Lyrically, themes related to discovery and adventures into the unknown seen by travelling words: track, maps, old road, and plans. The narratives made up for the stories of the songs were also applicable to the band’s untested musical expedition and occasionally read like the cosmological words from Bat For Lashes’s Fur and Gold and Bjork’s Biophilia. They were composed like tongue-twisting riddles (“Shut Eye”) and chanting with a shackle-less bohemian free spirit.

Their unpredictable art folk delivery (think The Dirty Projectors) was mixed in a saucepan with 1960s tambourine jangle, kraut rock (although not as epically long), Indian smoke (Sitar and tabla sounds) and psychedelic guitars should have been accompanied by music videos of them dancing around campfires around the moon honoured with a peace sign flag. Although, visuals are an important aspect to the project, and videos of them caught in stop-motion kaleidoscopes and engaging in futuristic mining were perfectly suffice.

The announcement from Emily Lansley (guitarist), Becky Hawley (keyboards) and Lucy Mercer (drummer), made during an interview at The Quietus website, that this album would be the “perfect pop record“, more straight-forward and inspired by the musicianship of Madonna’s “Lucky Star” could have sent their indie fans into second-album-syndrome panic mode like how Marina and The Diamonds fans starting claiming they’d never heard of the Welsh songstress after Electra Heart. Luckily, excuses don’t need to be made, as Stealing Sheep’s second album Not Real is a fascinatingly colourful and indefinably timeless dream pop extravaganza.

It pushes them into new versatile territory with a cleaner, direct and more precise structure in electronic music, whilst still keeping elements of their recognizable selves including their drumbeats, claps, synchronized harmonies (as interconnected as the album cover), unpredictable embellishments and intelligent directions. It, as a reaction to the strict labelling of the debut, aims to be unrestricted but it also attempts to clarify messages that were warped in the developmental hurricane and failed to be understood. Liberation and identity is also a theme carried through: “Listen to yourself and look within” (“Deadlock“), “do I follow or sympathize?” (Apparition), “why does it always have to be this way? (“This Time“),

The music promo for title track “Not Real” is an avant-garde imagination that’s somewhere on the oddness scale of a Hot Chip video and its concept about perspective and how we perceive memories differently to actual reality, which consequently proves that they’ve been analyzing life too much with David Lynch (whom they collaborated with for the David Lynch Revisited show at The Barbican). Synth heavy in both light and dark flavours, it has a fractured anti-chorus math pop with a contemporary electropop confidence of Metronomy as it twists and turns and is addictive even after just one play, even if you are still getting used to the lack of guitars.

Although critics have compared “Apparition” to The Cure’s “Close To Me”, it has a much fairer resemblance to Chairlift’s synth pop hit “Bruises” in it’s drum machine introduction before entering a malfunctioning medieval computer game (ironic considering the first album was seen as medieval folk), with ambiguous male backing vocals (making it sound like a duet), a punching pre-Otra Era Javiera Mena rhythm and motivational lyrics about perseverance like, “if you fall don’t give up, fix your bones and get back up“. The Chairlift vibe is also found on the whimsical and vocally diverse “Deadlock”, along with subtle deep guitar, electric organ and vibrations.

There was a standardized pattern to the three-part-harmonies on their debut that was otherwise second guessing but “Deadlock” is one of the greatest examples of their eager missions to explore the avenues of blended vocals. The chorus includes a MO-like tweak to the projection, an unbalanced off-key intonation (also heard in “She” is English accented and is purposely imperfect) and the phrasing of words becoming stutter syllabic (also heard on “Not Real”).

The same technique used on the sparkly “Love” by spelling out the letters of the word in a Ting Tings fashion is possibly the laziest songwriting off both albums. Although the gongs, inventive drumming and blend of percussion and bittersweet Pet-Shop-Boys era electro pop is dazzling. “Sequence” resurrects parts of the Crystal Castles and uses effective waves of flanging in the space age synths and high frequency blips, although ultimately, it’s an indie pop song with an exotic jangly guitar.

In the middle of the album, “Greed” and “This Time” are perhaps the closest connections to the debut. Although “Greed” is a tremolo-filled Lykke Li harbouring in a lake that lasts for circa five minutes, the psychedelic chants, steady Wildbirds and Peacedrums drums, the percussion and the ancient Middle-Eastern texture is just as intoxicating and intricate as inauguration. Whilst, “This Time” is psychedelic with it’s Pond bubbles and looped guitars and Ariel Pink with it’s patient groove, whilst resorting back to their leveled harmonies. The album closes with a glimmering journey to the palm-tree-scattered land of “Rain Man” littered with small chapels as seen from inside the brain of La Roux and Blood Orange, yet the haywire warning from the keyboards makes feel charmingly uneasy.

If this is what they define as pop music, it’s incredible to think what boundaries they could achieve in other genres. It’s a bright future for a group that’s experimental pop aims to be the black sheep of the industry. Not Real by Stealing Ship is out now on Heavenly Recordings, purchase it on iTunes here.