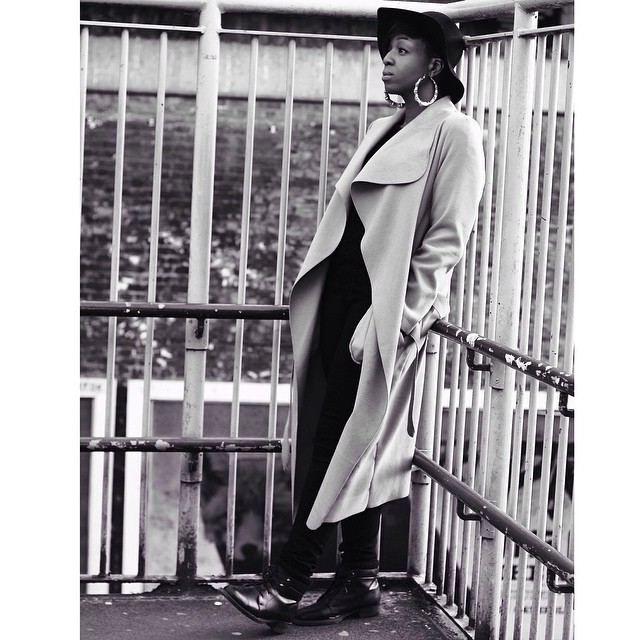 “It feels like the door’s finally open for good music again, good black music”. Multi-talented singer, songwriter and producer Emmavie shares her assessment of the UK music scene. “Everyone [had been] trying to tailor whatever they do to dance music, to try and get on [the] radio. There was a period of time where there was an influx of rubbish music, but now anyone can get heard if they’re good”. The jovial mood of Emmavie’s conversation adopts a more serious tone when speaking on this subject, emphasizing her belief that good music and not popular music should be at the forefront of the industry’s attention.

As a teenager, Emmavie’s own attention was fixated on music through dance and DJing, before a friend connected her with other likeminded people also involved in music. From there she began to make featured appearances, often writing and singing choruses, before progressing to producing and performing her own songs, “… and now here I am as my own entity”, she proudly proclaims. And based on what Emmavie has given us so far, she has every right to be proud of her achievements.

Her first official release, L+VEHATER (2013), was an EP that encapsulated all of her boundless potential as it was produced, written, performed and mixed by herself. “Even in those days I didn’t know how other people got music made, so I literally just produced everything, wrote everything and sung everything. I didn’t know you could go to a producer, [or] you could go to a studio, I literally just bought all this stuff and was making it at home”. And “making it” is something that Emmavie still has on her list of things to do, despite the impressive strides she has made in her career so far.

“Jealous Jealous Jealous” is the first track from the L+VEHATER EP and it leaves a lasting impression. “I wrote that [‘Jealous Jealous Jealous’] when I was 17, put it on MySpace – and you know how MySpace was the Soundcloud of that day – and all the kids at my school knew it”. The infectious, bouncy, Neptunes-like production instantly becomes ingrained into the listener’s mental, and is one of the many examples of her capacity as a producer. Coupled with her intricate, yet catchy song writing, Emmavie displays the ability to create fun, yet meaningful songs.

Emmavie followed up her debut EP with Epoch, a project with Alfa Mist – a producer she had met at university. “We started playing together, and obviously the [university] studio is on the campus so we started having sessions and before we knew it we had written all these songs”. The project received a positive response, allowing Emmavie to concentrate on her next project.

The first single from her upcoming release Honeymoon, is “I Hope We Never Break Up“, which features vocal assistance from Ego Ella May, another immensely talented artist from the UK. As the song’s title suggests, the pair express strong feelings toward their love interests, with the mellow-funk nature of the production only intensifying the track’s subject matter. The contrast in the two singers’ vocal delivery adds to the mastery of the song, each creating their own distinctive interpretation.

Emmavie’s latest single is “Love Drunk“, within which she articulates how her love for this person has intoxicated her heart in addition to her mind. The instrumental carries a slightly heavier edge compared to her previous work, perhaps to help convey the feeling of being drunk and/or in love. If the main song does not fully bring that idea to the fore, then the outro at the end certainly does. The disorientating sound mimics the feeling of consuming one too many, its slow, sluggish tempo working superbly in conjunction with the song’s premise.

Emmavie is expecting Honeymoon to be released in its entirety within the next couple of months, as she is currently applying the finishes touches. When questioned about where she wants to be in terms of her career trajectory in the next year, Emmavie ambitiously responded with, “probably South By South West [Laughs]. I think if everyone’s doing it, like, if I haven’t done it next year then what was I doing? Clearly it’s not impossible”. She is referring to the likes of Jay Prince and Little Simz, fellow emerging UK artists, who have had the opportunity to build fan bases in the US after regularly performing stateside.

The singer also mentioned that she would be interested in going into music publishing, and that her song writing capabilities have already been noticed by others in the industry, “I’m doing a bit of session stuff on the side now, just bits here and there, I’ve been asked to write for a few people’s albums”. Emmavie has established the link between writing and producing, which led her to the idea of delivering the whole package, “I’ve been producing for a lot of people for a long time and part of producing is that you kind of give them melodies, so I’ve been writing melody lines for people to add their own lyrics, but if I was to do publishing, I could do the whole thing”.

Emmavie recognises that her multifaceted talents provide her with plenty of avenues in which to promote her brand within the music industry. So, with that being said, it’s tough to imagine her not becoming a greater success in the future. You can follow Emmavie’s progress on Twitter, Soundcloud and her website.