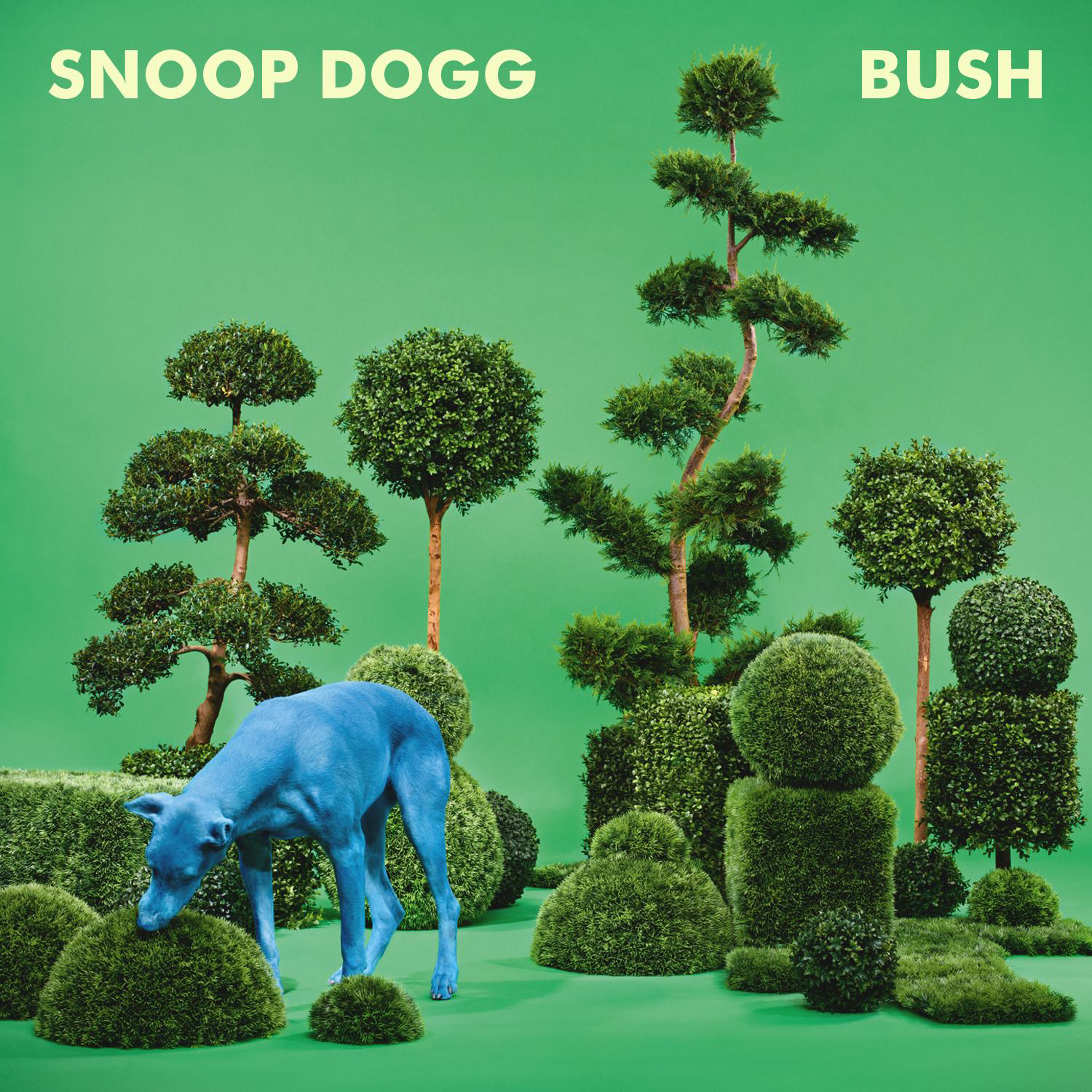 He might be the most relaxed person in the rap game, has gone through a reincarnation by Rastafaris in Jamaica and even has a quite solid range of filmography to his name, which even includes an appearance in the successful movie Pitch Perfect 2. Yes, the talk is of Snoop Dogg. Growing up in a poor neighbourhood in Long Beach, California, it has always been his dream to make music. When he finally got discovered by Dr. Dre in 1992, he dropped his famous album Doggystyle shortly afterwards and since then, his career has grown upwards steadily. Now he is an essential part of the Hip Hop industry, and whoever thinks that at the age of 43 years, he will consider stop making music is terribly wrong.

In fact, his new album titled BUSH was recently released this month, Bush is produced by his old friend Pharrell Williams. Surely everyone that is aware of Snoop and Pharrell knows they have worked together before – the result was “Drop It Like It’s Hot”, a hit single that is still played in the radios and nightclubs today. So Snoop Dogg has obviously made a good choice with choosing Pharrell as a producer. The LP is made up of ten tracks in total. Besides Pharrell, it includes six guest appearances from Stevie Wonder, T.I, Gwen Stefani, Rick Ross, Kendrick Lamar and last but not least Charlie Wilson, with whom he had already collaborated with on the track “Signs” back in 2004.

BUSH kicks off with “California Roll“. As the title might already tell, it is about the infamous green herb that the rapper is known to smoke a lot. But other than that, Snoop emphasizes his love for his home state California and the incredible freedom there, as it is noticeable in his lyrics “Baby you could be a movie star, hey (in Los Angeles) / Get yourself a medical card, yeah (in Los Angeles) / Cause that’s how California rolls“. While the “Happy” singer Pharrell is dominating the chorus, Stevie Wonder is adding his part by contributing background vocals and playing the harmonica. “California Roll” is definitely a catchy song that is displacing its listener into California dreaming.

Another song that deserves to be mentioned is “Run Away” featuring No Doubt lead singer and solo star Gwen Stefani. Even though Stefani is rather throwing in ad-libs than actually singing, the record is very likely to put the audience in a good mood with its funky and retro sounding elements. Already the first verse promises that “Run Away” is clearly about an easy-going life without stress and obligations with lyrics such as “Let’s forget where we are and what’s goin’ on / Let’s forget who we are and who we know / Why does it gotta be complicated, does it have to be / Come on baby we can escape, run away with me“.

One of Snoopzillas’ records on this album that doesn’t include an artist feature is “I Knew That“. This one has a quite faster rhythm than other songs on the album, and is therefore incredibly groovy. One immediately wants to dance along. Basically, he is trying to tell a girl he just met that she should get rid of her doubts and let loose with him. After realizing that she is interested in getting involved with him, he wonders if she is a freak: “She DTF cause she’s down to feel / That aromatic, now unlock it baby this is for real/ Are you a freak, or what?“.