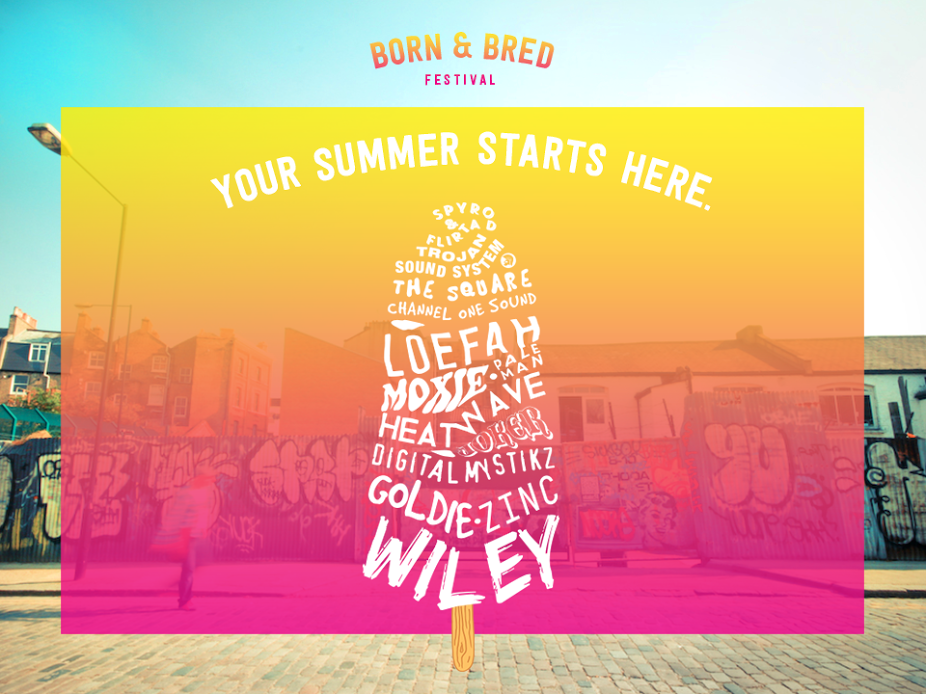 FOUND return this summer with the first in a new series of festivals they will be curating across the city. Kicking off this new programme is Found Festival’s Born & Bred – this edition aims to “champion true London sounds forged in the big smoke” featuring some heavyweights from within the bass music scene. The sounds of Wiley, Goldie, Zinc, Digital Mystikz, Joker, Loefah, Youngsta, DJ Luck & MC Neat, Oxide & Neutrino, Trojan Sound, Moxie, Channel One, Klose One, and Paleman are just some of the acts set to grace the stages of Haggerston Park in Shoreditch.

Celebrating the best known acts and artists from the scene, Born and Bred aims to showcase some of the most exciting genres that have informed underground music in London over the last two decades. Paying homage to the tastemakers that pioneered underground genres of UK Garage, House and Grime, Found Festival presents Born & Bred looks to celebrate the best around. Hosting the artists responsible for representing London on a global scale whilst unifying generations with Electro, Dance and House music from all corners of bass music culture. Whether it has been dub, dubstep or garage and grime, UK bass culture has consistently pushed boundaries – spreading its influence across the European continent and further still across the globe.

The main stage at Haggerston Park this Saturday June 6, will be home for the day to Grime’s best known artists, headlined by Wiley, the Godfather of Grime himself – notorious for some cross over tracks like “Wearing My Rolex” and “Heatwave”, Wiley is also well known for his delivery of a few of the most iconic independent records from within the underground Grime scene. It comes as no surprise he will be headlining this one as his East London roots and connection to the scene make him a natural choice.

Joining Wiley will be Metalheadz founder Goldie among the most recognizable faces within the Drum & Bass world, Goldie is often regarded as a pioneer in shaping the face of the genre not just in London but across the country. Crack House founder DJ Zinc will also feature on the bill – another name synonymous with contemporary club culture since the seminal 1995 release “Super Sharp Shooter”, joining Zinc will be Dubstep icons and DMZ founders Digital Mystikz. Bristol’s very own Joker will be on hand to showcase his latest live project entitled The Mainframe.

Born & Bred will look to the sounds of Loefah’s Swamp81 imprint to curate their second arena, headlined by the label boss himself alongside an impressive roster. Wheel & Deal affiliate Benton, School Records boss Klose One, Swamp Regular, Mickey Pearce and the label’s newest recruit Paleman – best known for 2014’s underground anthem “Beezeldu B” are all lined up to perform. One of the key figures in the expansion of Dub label Tempa, Rinse FM’s Youngsta will also join Loefah and friends, alongside further label associates Zed Bias, MC Chunky and Jonny Banger.

Don’t Watch That T.V, a Grime focused YouTube channel that first took to the air waves back in 2009 joins London based events and music series JUST JAM in taking control of Born & Bred’s third arena with a custom visual display providing the atmosphere. On the day, you can look forward to seeing Grime crew OGz, featuring P. Money, Blacks, Little Dee, Jendor, Desperado and Stormer, the crew will also be joined by legendary MCs Footsie and D Double E.

Newham Generals represent the seasoned element of the roster while the Lewisham collective The Square showcase the talents of the next generation of socially aware and politically conscious Grime artists coming through. Fronted by recent XL Recordings signee and BBC Sound Of 2015 nominee Novelist, the crew can already boast a live performance at Milan Fashion Week – as well as numerous appearances on BBC 1Xtra, Rinse FM and NTS Live, since the release of their debut mixtape The Formula in 2014.