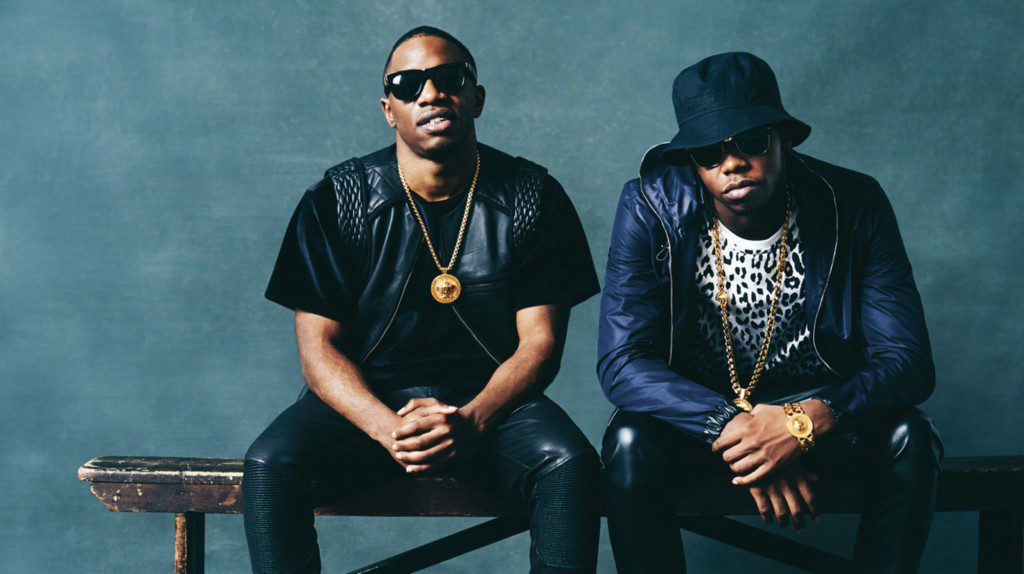 It seems like there is no stopping South London duo Krept & Konan right now – after years of hard work, they are living proof that you can achieve what you want by keeping at it. This year they’ve garnered a lot of well-earned success and big collaborations from artists like Rick Ross (for the popular song “Certified”), YG, Wiz Khalifa, Jeezy, Big Sean, Fabolous, Leona Lewis, and Rita Ora, plus they have even recorded a song with ex-One Direction member Zayn Malik (which is yet to release).

They’ve had one of the biggest producers the hit maker DJ Mustard produce a banging beat for their latest single, and I must add that they shared a stage with Kanye West at the BRIT Awards. This week they made history by being the first UK rap artists to sign to Def Jam – its big moves all over the gaff for these lads and we couldn’t be nothing more but prouder!

Earlier this month, the duo released a collaboration with R&B singer Jeremih titled “Freak of the Week” and it has already amassed over 4 million views on YouTube. Just in time for the summer, it has also been taking over a lot of radio stations and music channels. The song alone is the ultimate summer single and came out right as we are finally getting that sunshine we have been so long waiting for. The catchy tune had Jeremih singing the catchy hook over a thumping, throbbing beat, produced by DJ Mustard.

After we thought we had the perfect summer anthem, the duo decided to share a remix to the already hot single and add the correct Dancehall/Reggae vibe to the record, by featuring the King of Dancehall Beenie Man, and Popcaan which has gassed us even more. It was a perfect choice adding Beenie man to the remix considering the original song samples Beenie man’s old skool track “Who Am I”, and adding Popcaan, who delivers just the right verse, keeps the right vibe going.

Krept & Konan are doing great things for the UK scene and literally changing the game, and we genuinely can’t wait to see what’s next from these guys. From way back, we always knew this duo were going to go far and following their independent album Young Kings back in 2013, we are now excited for their highly anticipated debut LP titled The Long Way Home to be released (July 6 in the UK and July 10 in the US). The LP is going to be great, filled with many more hits and featuring from some of your favourite artists, the record even has Konan’s mum making a special appearance. Make sure you support by pre-ordering The Long Way Home here.