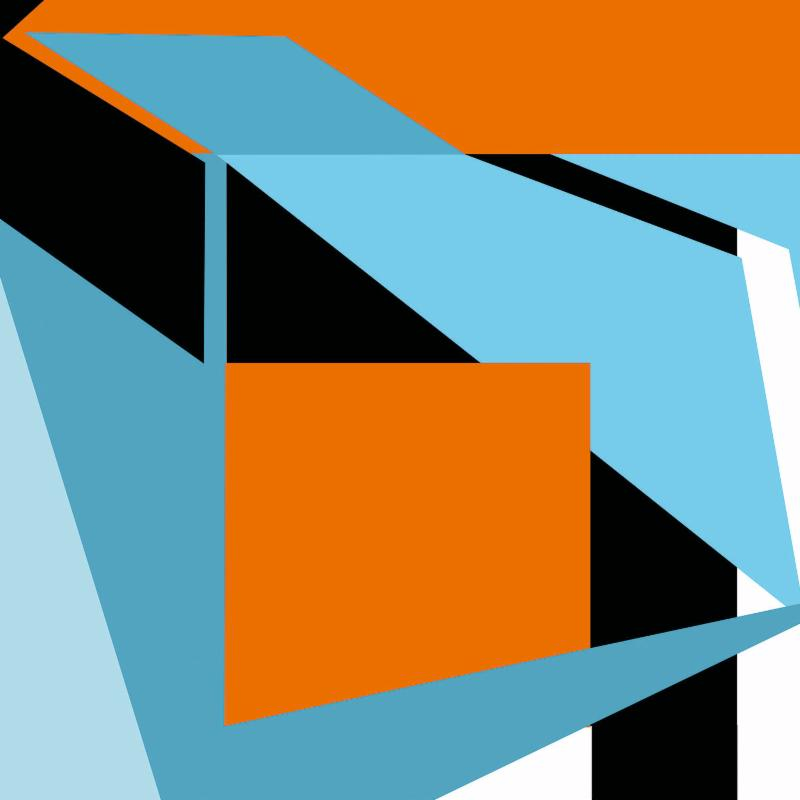 It’s always an interesting phenomenon when a musical artist drops a new project in a relatively short time after the release that put them on the map. Sometimes the one-two punch combo can be enough to solidify an artist’s place in the contemporary music scene, sometimes it can bring their career to a permanent standstill. For every Arctic Monkeys, there is a group like Editors, who used up their hype faster than anyone would have thought imaginable.

Hip Hop is a particularly interesting field for artists to try this approach, since nowadays it is known for having the most ravenous fans and the harshest critics. Thankfully, Chicago-based emcee Mick Jenkins, who turned heads last year with his spectacular mixtape The Water[s], sidesteps many of the common problems with a quick follow-up by consciously veering away from the style of hip hop that put him on the map.

If there was one criticism to be had about The Water[s], it’s that it was a bit of a downer. Every song was slow and dreary, with washy minor key synths and heavy drums. Jenkins voice was either deep and calm or it was snarling and angry. The new project Wave[s] may only have about half as many songs as his breakout project, but it demonstrates far more diversity of musical styles. At only nine tracks, some people are referring to this as an EP, and others as a “mini-album”.

Of course in today’s market, these terms are becoming increasingly irrelevant. What is worth noting though is that Wave[s] is available for sale on iTunes, and was featured on NPR. In the world of Hip Hop, this kind of attention coming so soon after a free mixtape is a big deal. Yet for all the hubbub, Jenkins remains fairly humble about his new place in the Hip Hop community, and at several points even pokes fun at it.

Opening track “Alchemy” retains the moody aesthetic of the last tape, but there are fleeting moments of tongue-in-cheek humor amongst the lyrics, which instantly sets it apart from the ultra-serious, metaphor heavy The Water[s]. The titular H20 of both projects takes on many meanings throughout Jenkins’ tracks, but generally it represents the concept of truth: necessary to survive, yet for some people too much at once can drown them. Ginger ale (mentioned far less this time around) generally represents the synthetic world, the sugar coated reality that most people use to wash their drinks down.

Towards the end of “Alchemy”, Jenkins playfully dismisses both critics of these complex lyrical devices and his rising status as a rapper: “They say the confused about ginger ale! / Well come have a sip when it’s chilled / People tell me I’m that n***a now! / I know none of that shit is real” he shouts, laughing in between bars. Mick Jenkins is a true poet, and great poets, much like magicians, have no interest in revealing their tricks to the audience. It is up to the listener to make up their own opinions about what they are hearing.

Although the production on “Alchemy” and other tracks are still pretty dark sounding, there are moments of pure dancefloor ecstasy sprinkled throughout, which is something that myself, and probably many others would have never expected from a rapper like this. The standout upon initial listening is “Your Love”, an unbelievably funky 90’s-sounding jam that features Jenkins going full R&B crooner on the hook.

This song and two others on the project are produced by Kaytranada, a veteran DJ and producer who has been on the rise in recent years thanks to production credits for the likes of Vic Mensa, Freddie Gibbs, Goldlink and others. Lead single “Get Up Get Down” perfectly encapsulates everything, both the upbeat and downbeat sides of Jenkins’ music, beginning with a synth heavy, almost juke-feeling vibe that features Jenkins yelling “All I want to give you is a good time!” before abruptly shifting to a darker, slower tempo that brings back the aquatic metaphors.

If The Water[s] was a meal, it would be a giant steak cooked in exotic spices; decadent, delicious, but at 15 songs long with nothing really resembling a radio-friendly single, potentially hard to get through in a single sitting, depending on your mood. In comparison, Wave[s] feels like a light desert – it retains many of the best elements of the previous release, but accentuates the jazzier, funkier, more crowd-pleasing elements, and does so in a much more compact, easily digestible package. Sure the lyrics might not hit as hard as the previous release, but there is still plenty to dig through that people won’t necessarily pick up on in their first few listenings, and definitely miles above many of today’s pseudo-intellectual emcees.

Jenkins doesn’t really care what people make of his incredibly complex metaphorical breakdowns of contemporary race relations, or if his relentless repetition of liquid-related motifs are too much for the casual listener to handle. On “The Giver”, a pleasantly psychedelic track with a beat that feels like the best track Tyler, the Creator never produced, he raps: “A n***a heart on his sleeve / Girl it bleed / I’m just letting you know / You don’t gotta hit the weed/Just bring your smile and a seed / I got water, we connect and it grow”.

This isn’t the first time Jenkins has mentioned smoking weed and saying that a girl doesn’t have to join in. If I was a betting man, I would guess that the weed is a metaphor for his frame of mind, and the girl is the listener. Of course I could be totally wrong, but who cares. This time around, you don’t have to try so hard to figure out what he’s saying. If you want, you can just dance. Wave[s] is out now on Free Nation / Cinematic Music Group, purchase it on iTunes here.