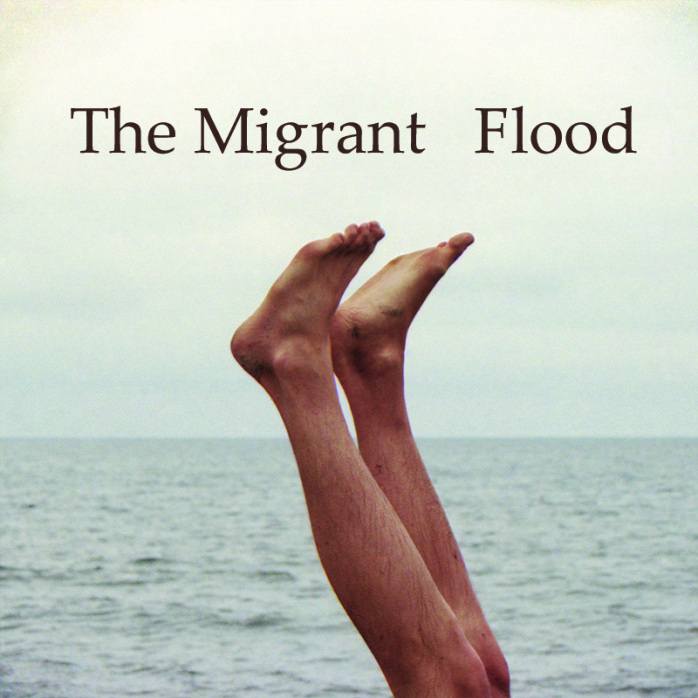 To the uninformed, this is not a fund-raising music project charitably raising awareness of the Refugees of the Syrian Civil War, despite the topical sounding act name. Yet the definition of a migrant – a person who moves from one place to another in order to find work or better living conditions – and the way it summarizes indie folk traveller Bjarke Bendtsen’s project The Migrant, is both ironic and metaphorical.

Living conditions in the war-free home of Copenhagen could not be any better – it  came second highest in a “Quality of Life” statistics provided by database Numbeo in June 2015 but there’s a lack of cultural diversity (89.6% of its population were Danish in 2012) within its minuscule homogeneous and exclusive currency nation and Bendtsen felt like he needed to escape its lifestyle of repetition and organized efficiency to open his eyes.

The Dane’s curious wanderlust has been eagerly jotted down like a diary of openly-embraced experiences in his prolific 5-year career. It’s as if he wants to record moments whilst they are still fresh in the memory – a kind of Grasscut mentality. From documenting Amsterdam to a concept album revolving around his bond with America. From borrowing Sanskrit terms for peace to including Indian-associated tablas & sitars and Italian-origin mandolins within his George Harrison-spiced compositions. Yet wherever he goes, he maintains a consistent fascination with the aspect of nature – particularly animals, water, natural disasters. His fourth album The Flood dives headfirst into his neo-hippie view on the subjects with a narrower focus.

On the title track, the creative songwriter applies his common mix of slanted observations and friendly anthropomorphism to seashells, lakes and rivers playfully imagining if they could speak their mind. More interestingly, it also compares their interconnected form and flow to the rapidly uniting relationship between Europe’s countries. “Times are changing and erase the dams of the past” is a liberal lyric that brings his educative journeys to his harbour-filled home, almost preaching to the most stubborn Danes whose mental barriers still need to be prize-opened.

Furthermore, Bendtsen romantically swoons over aqua on “Water” as if it’s a cherished companion. Maintaining a conversational stance with a hint of inferior desperation: “Water, you unfolded powers running downhill, lifting me up/If I tell you what I am, carry me, lead me“. It’s easy to picture him forming an appreciation club with Smári Tarfur – an Icelandic guitarist who recently recorded an album by a public waterfall. Furthermore, he exclaims his desire to irrationally “drown” and “sink” inside the substance on “Haunted“.

Installed on a chair, caressing his acoustic guitar in the midst of a tide, Bjarke Bendtsen attempts to physically get close to nature in an unaccompanied live performance of “Row Row“. The final track is easily digestible for its reminiscence to children’s nursery rhyme “Row Row Row Your Boat”, and the content inside its poetic simplicity promotes a dream-like journey through an ocean, on the lines of Life of Pi. His storybook Hans Christian Andersen-style narration is also apparent on “Tiger“: “Drifting through the forest, like a spirit without a troubled home“.

Significantly, the guitar vibratos on the aforementioned “Row Row” that hypnotically shake are part of a new development in Bendtsen’s music style that gear him away from his intimate yet intense alternative folk into new blues, middle-of-the-desert rock and indie rock territories – fit for the American market which already adores him. However, what separates Bendtsen from being just another act jumping on the Black Keys bandwagon is his quivering slurs – that from day one have consistently echoed Thom Yorke – hence making it envision Radiohead performing blues music. In fact, the edgy movement of drums of “Water” bears resemblance to the majority of “King of Limbs”.

Despite an element of melodic alternative rock jamming on “Give Up” and the inclusion of sandpaper percussion and lap-tapping, what’s missing from Flood is The Migrant’s experiments of silence vs. sound and multiple layers vs. empty space. Predecessors Amerika and Beads featured circa four minute tracks of enigmatic environments, teasing false endings and a typical Danish approach to brass meets D-I-Y mood-setting; think Efterklang, Under Byen or early-Callmekat. Yet it would be a contradictory for an artist so willing to explore his mind to resort back to stereotype.