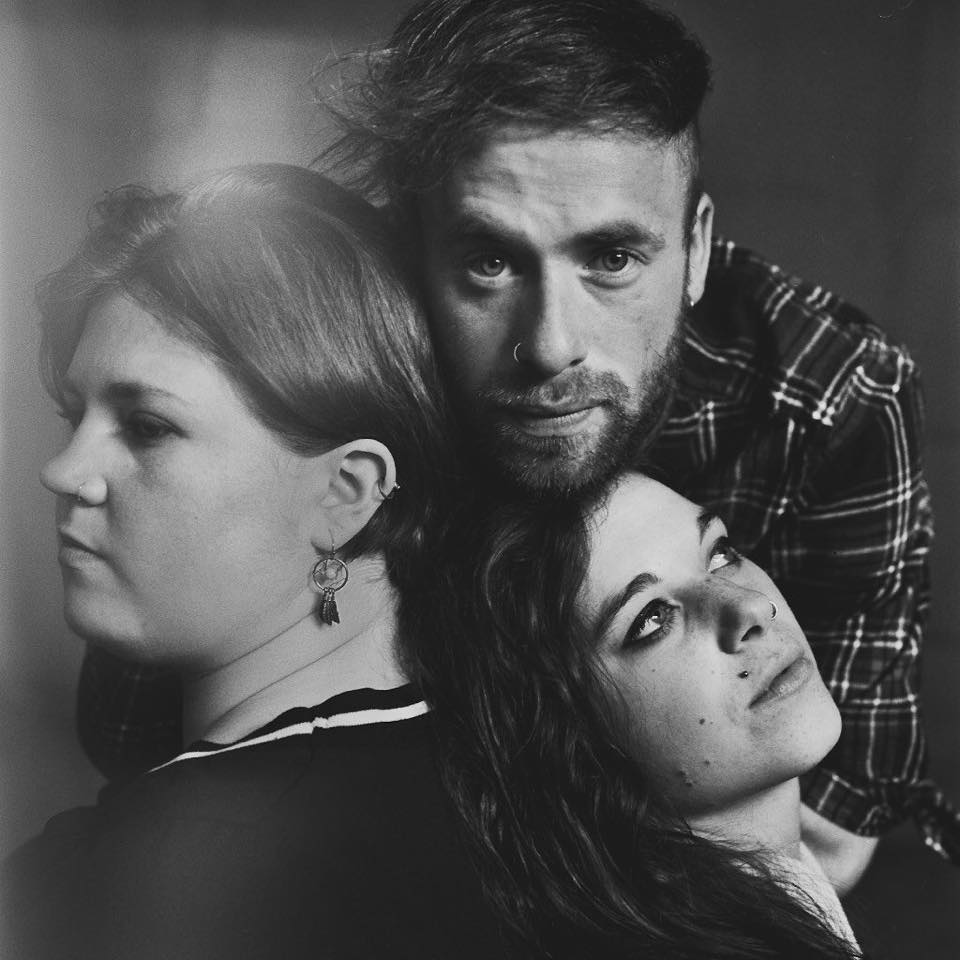 Portsmouth is somewhat considered a desolate place for music, but that would be only an assumption that someone looking in on it could make. In fact, Portsmouth is brimming with an entire network of bands, musicians and new, independent venues. Small as they may be, they’re incredibly great. A band that is currently being revered with in the tight-knit clique of Portsmouth’s music scene would be an indie-pop trio who go by the name of Damn Beats. Formed of Lee Coneley, Harriet Tyrell and Hannah Wheatley, Damn Beats boast a formidable sound of eclectic vocal harmonies and strong guitar lines.

The trio have successfully landed themselves reoccurring shows in London in venues such as Tooting Tram and Social and The Borderline. They have done all of this whilst still remaining a strong fixture amongst their local scene and still having an ever-growing fan base back in their hometown. Their live shows are of a different class compared to their recorded stuff, however.

Priding themselves on a dance driven, adorned pop sound, guitarist and vocalist Lee Coneley will often take the spotlight with his unequivocally ambitious guitar solos. Even including a breathtakingly, audience silencing cover of “Little Wing” by the legendary Jimi Hendrix. Behind the bass we have Harriet Tyrell and behind the drums is Hannah Wheatley. Both provide a fantastic range of backing vocals, whilst keeping a steady nerve to be sure to deliver on their roles as the rhythm section.

Lyrically Damn Beats are an elusive kind. They don’t give away too much but fill their songs with a subject matter that, ambiguous as it may be, is still subjective. This leaves audiences relating to everything they write in different ways but also remembering them for having incredibly catchy hooks such as “Cool it down / You’re too hot for me” – this being taken from the band’s personal favourite “Socie-tea” which would in fact appear to be about, well, tea.

The band have gone from strength to strength over the past year. Gaining plaudits from media outlets and music fans alike. The band have also been on a string of bills which could all lead them onto becoming a genuine force within the nationwide music scene. Damn Beats have supported bands such as Fickle Friends, Jaws and Youth Club. The Fickle Friends gig made me a fan of theirs, so there is that to be thankful for, I guess.

They have also been picked up by Quay West Records who are based in Portsmouth. And they are now being handled by their booking agent CloseUp Promotions. A successful set at Portsmouth’s own metropolitan Dials Festival also saw them not only leave an audience in awe of their live sound but, gained them yet another interview on local radio station Express FM.

Damn Beats seem to also be finally carving their mark within the south-coast music scene, with their first headline show in London on the 12th of November and a hometown headline show on the 27th of November. They’re becoming a steadily growing and ascending band, with every show gaining them at least a handful of new fans each time.

With a sound as flamboyant as The Black Kids, and a lyrical elusiveness that’s as hard to pin down as some of Alex Turner’s loose hairs in a combed back mop, it’s really not that hard to understand as to why this band is currently succeeding. A whole-hearted suggestion from me would be to catch this band before they become too hot of a topic and tickets to their concerts get expensive. Their London show was free ‘n’ all.