Adele came back and broke every sales record available, One Direction lost Zayn Malik and broke up soon after, and Kendrick Lamar got nominated for 11 Grammy Awards. However all that pales in comparison to the real reason we are here. Curating our list of the best albums of the year are some of our core editorial team this year – Matt Hobbs, William Kitchener, Joshua James, Oli Kuscher, Jack Walters, Qurat-ul-Anne Sikander, Joseph Horne and myself Ayo Adepoju. With that said, here are our 50 best albums of 2015! 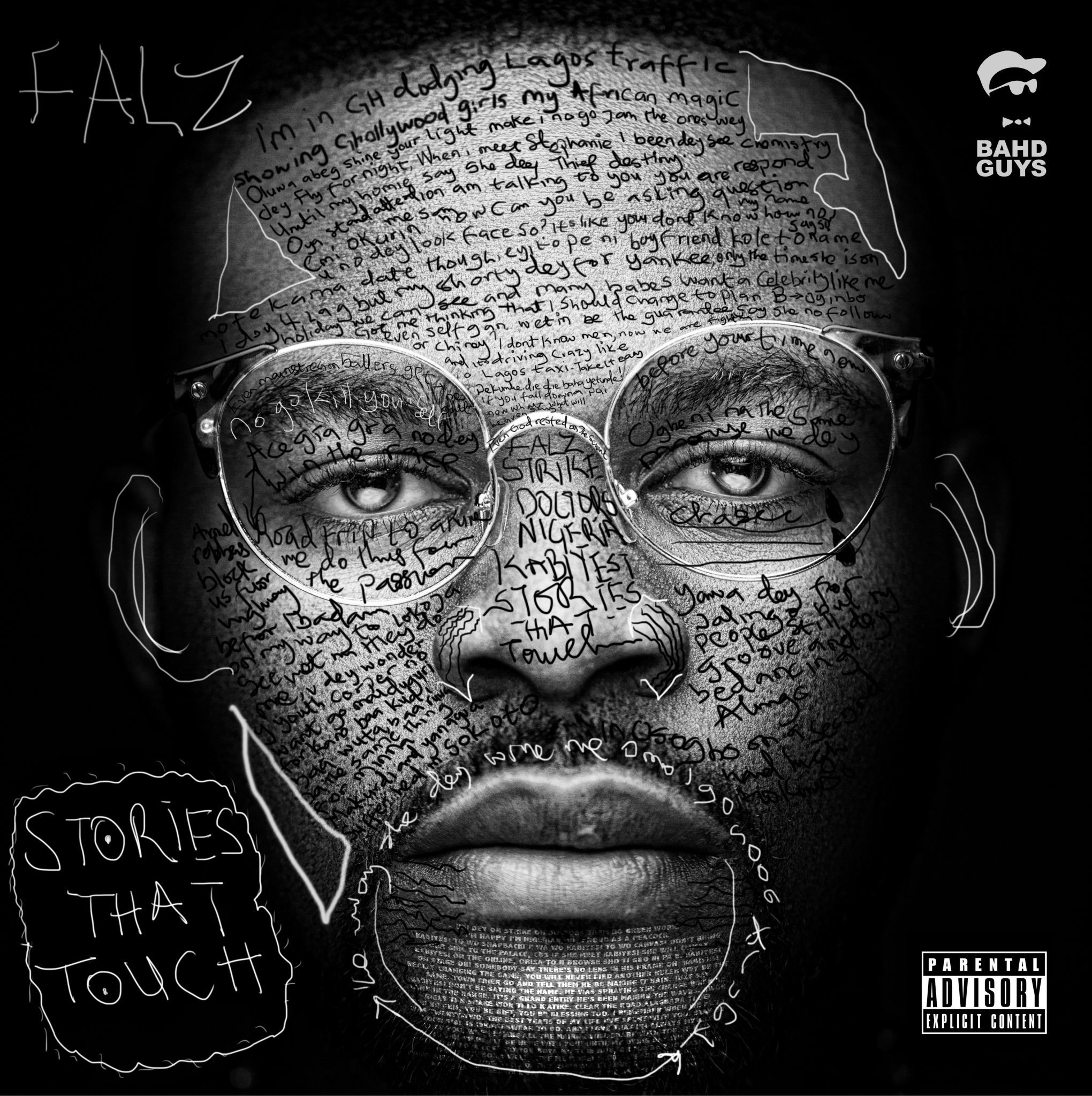 We were blessed with an unprecedented number of album releases from Nigerian artists this year, from Seyi Shay to Burna Boy to Olamide to Runtown to Naeto C to Wande Coal to Orezi and much more. However one album stands out head and shoulders above the rest, and that album is Stories That Touch, the sophomore album from Falz aka Falz the Bahd Guy. Is Stories That Touch the best Nigerian album of the year? We personally think so. With production coming primarily from newcomer Sess, and guest appearances from Phyno, Reminisce, Yemi Alade, Shaydee, Simi, Oyinkansola, Chigul, Reekado Banks, Poe, Chyn, Bez, MI and Show Dem Camp, Stories That Touch makes for a great listen, from start to finish. It is consistently good throughout and thankfully all of the guest artists play their part with Falz to create the quintessential Nigerian album of 2015. 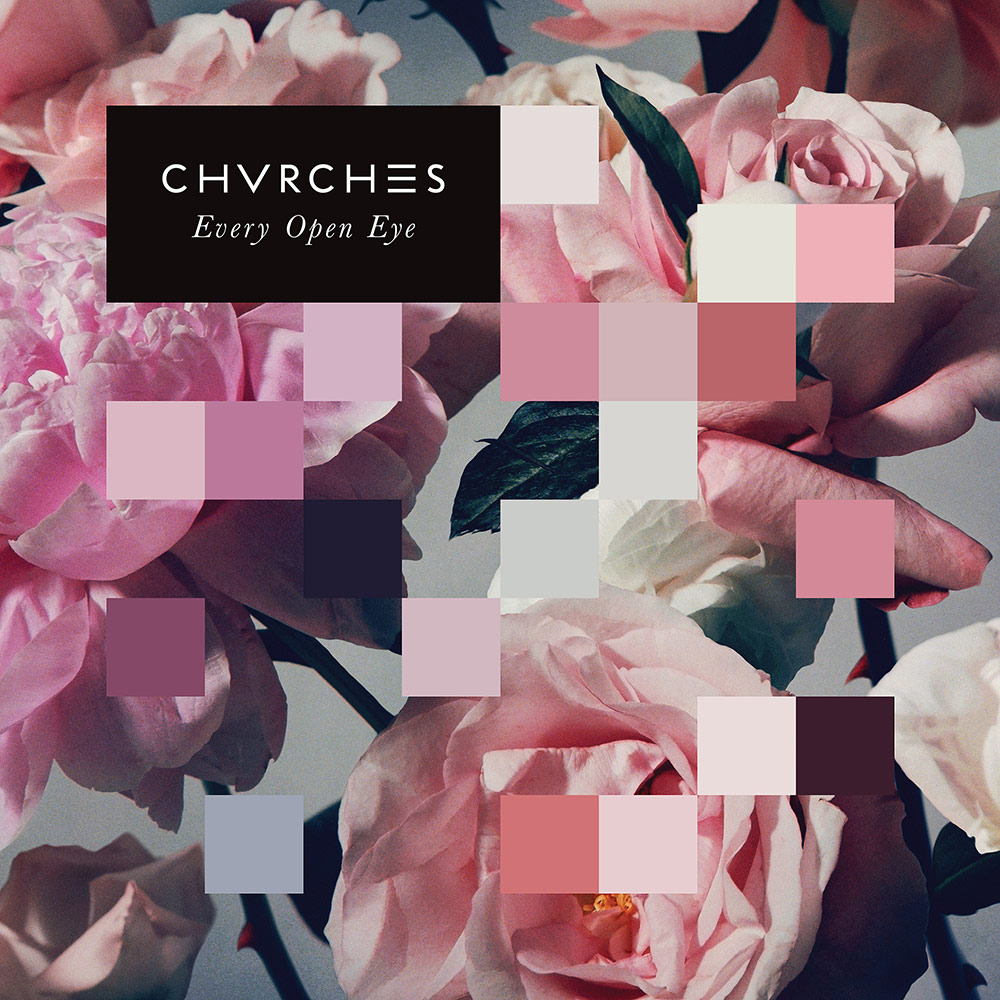 Four years in the game and rapidly gaining fame, Scottish band, Chvrches (pronounced “churches”) have released their second studio album, Every Eye Open, in 2015. While this album is a lot similar to their debut studio album, The Bones Of What You Believe, it is most definitely a lot better than it. You can hear the maturity and the evident personal growth the band have gone through. This album has a powerful opener, “Never Ending Circles”, that talks about being confident and strong, a theme that is prevalent throughout the entire rest of the album.

Julien Baker has to go down as one of the biggest breakthrough, out-of-the blue acts of the year. The songwriter penned her full debut while studying at The University of Tennesee, and it’s equal parts morose and hauntingly beautiful. Album opener “Blacktop” sets the tone with a downtuned guitar and raw, powerful vocals. Lead single “Sprained Ankle” then passes you by in a single, slow exhale. There’s no real chorus in the track, which starts off starkly with the words, “wish I could write songs about anything other than death“.

It doesn’t feel as if Julien Baker has necessarily intended to make a sad record, moreover this is the style of music that just comes naturally. Sprained Ankle occasionally ventures beyond the simple guitar, effects pedals and voice arrangement, a bassline and a drum beat will pop up occasionally but only sparingly, so that you can really be left afloat in Baker’s incredible talent for singing and mercurially bleak songwriting.

As someone that’s rarely ever been taken seriously because of her earlier Disney career, Selena Gomez sure knows how to fight back. Revival may just be her second solo album after parting ways with her band, Selena Gomez & The Scene, but it speaks of something much more significant because of the level of self-confidence that Selena now appears to possess. It is downright beautiful and this is one album that needs to be heard from start to finish, all the way through, with absolutely no breaks, to get the full effect of what Selena Gomez has unleashed onto this world.

46. Benjamin Clementine – At Least For Now 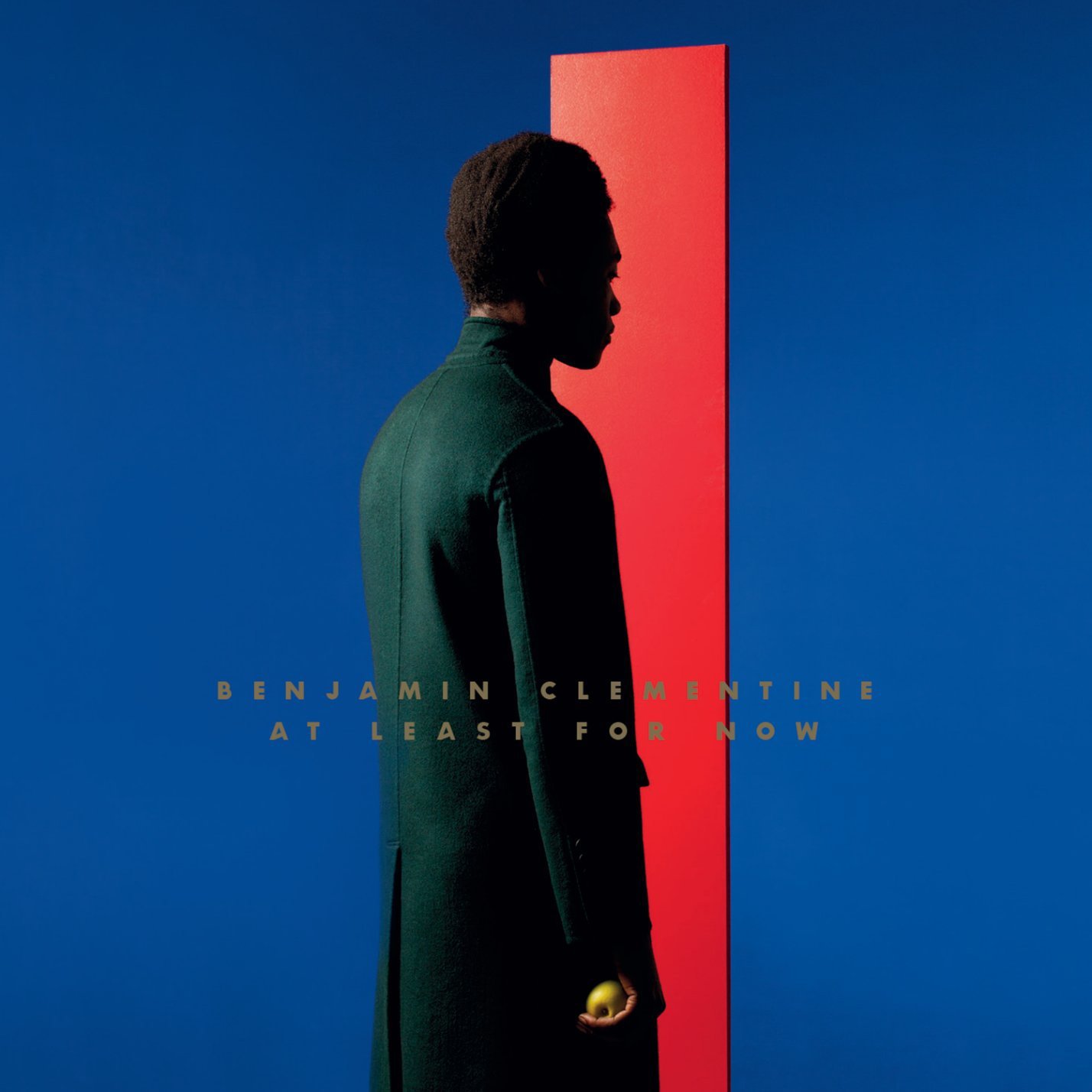 Benjamin Clementine won the 2015 Mercury Music Prize for his debut album At Least For Now for good reason. Clementine grew up in Edmonton, North London and at the age of 19 moved to Paris, where he spent a number of years busking on the streets, playing in bars and hotels when eventually he was discovered by an agent. Fast forward to 2015 and Clementine approached his debut album with his minimalism and expressionistic quality influenced by the chanson singers.

One of Clementine’s highest qualities is his live sound and performance, obviously the latter cannot be transformed onto the album but the impact of the former is certainly on this album while penetrating his semi-autobiographical lyrics about experiences he has encountered on his journeys. Clementine’s compositions and powerful idiosyncratic vocals have transfixed the music industry resulting in his rise of popularity within this year. 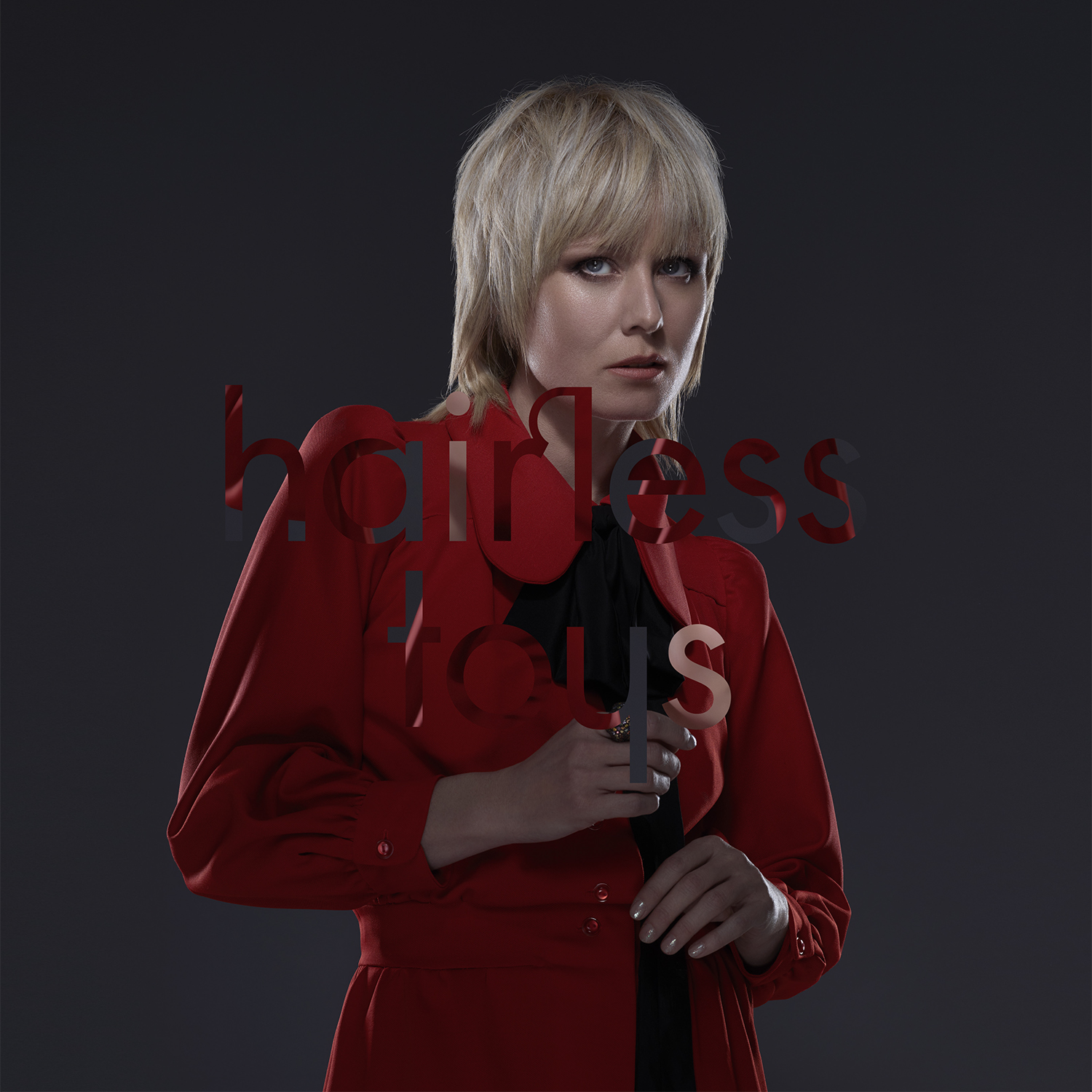 It’s been quite a year for the visionary ex-Moloko musician; capped off by the Mercury Prize nomination and she may finally be able to distant her solo career from her previous projects. Roisin Murphy is known for her eccentricity, especially in the costume department, and it’s the way she combines this personality and humour with respectable sophistication and deep insight that makes third album Hairless Toys such a delight.

It’s a comeback release of sorts after an eight-year hiatus, which was arguably needed when she veered too close to colourful and accessible disco on her problematic sophomore album Overpowered. Many of her positive traits still exist in her locker from the days of debut Ruby Blue, such as the seductive voice and an eclectic fusion that mainly focuses on electronic-trip-hop-funk creativity but lyrically it’s less about her own romantic calamities and more focused on outward social commentary issues.

One thing that makes it easy to love Hairless Toys is the series of comedy-drama retro-coloured films – in the style of European cinema – that have paralleled with the singles, released sporadically throughout this year. They tie together in how they tell a story of a misunderstood character losing respect for themselves, failing into madness and makes irresponsible impulse decisions; for example “Exploitation” is about a failed actress that is on the brink of insanity and “Evil Eyes” includes minor bedroom arson. Among the touring equipment for Hairless Toys is a doll’s head that Murphy insists on including, well the Irish artist does warn us on “Exploitation”: “never underestimate creative people and the depths they will go”.

44. SoKo – My Dreams Dictate My Reality 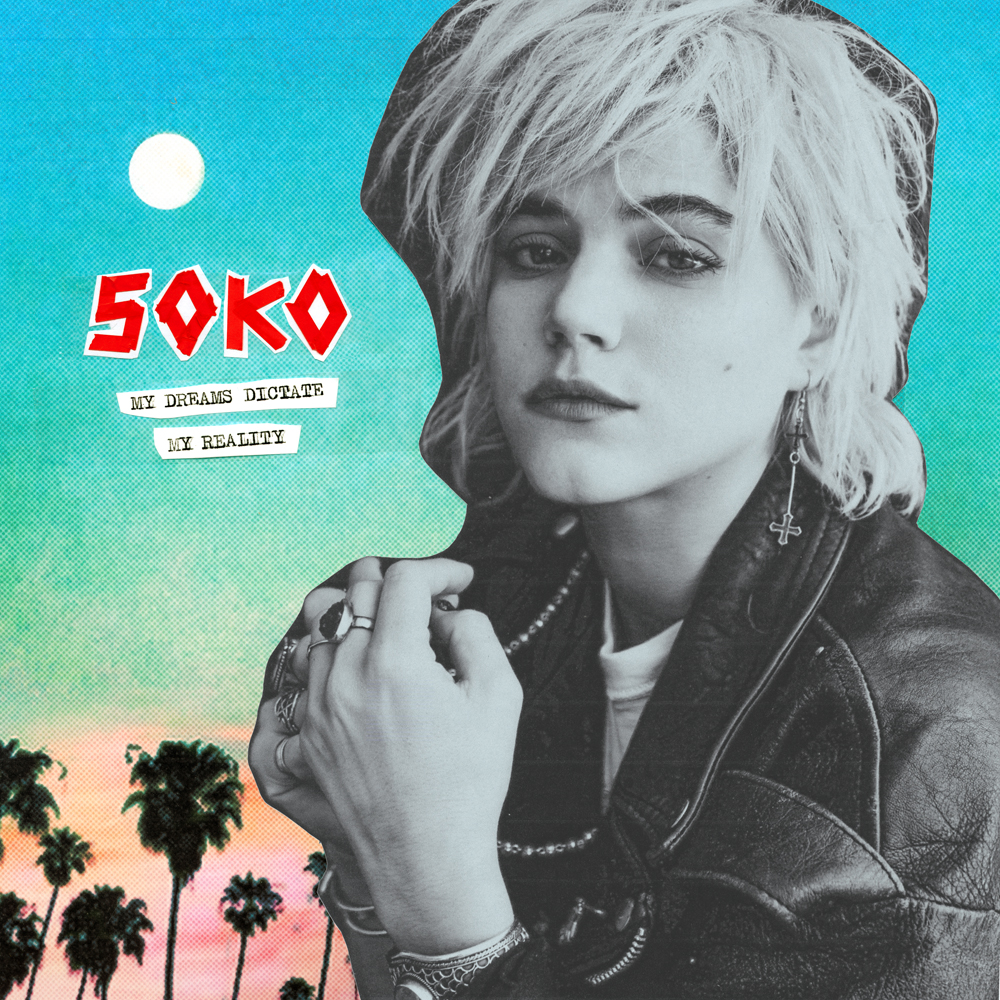 Is it possible to completely change your image and be just as likable? In the case of Bordeaux-born musician SoKo, the answer is yes. The charismatic singer-songwriter has evolved dramatically from the minimalistic, DIY and explicit-filled fragile folk of debut EP Not Sokute into a new wave post-punk revivialist. Nonetheless, SoKo’s unpologetically brash yet honest observations and raw approach to music still remains – if not her French accent – making the transformation on a second thought less scary for fans of her earlier work.

Her new home in Los Angeles is partly responsible for her new risk-taking confidence found on new album My Dreams Dictate My Reality, as it has allowed her to escape the demons that caused the brief hiatus, learn lessons and has created a vaulable friendship with native Ariel Pink. Although there is still a sense in her lyrics that she is stuck between seeking audience approval and allowing her “dreams to dictate her reality”.

She might be residing in the US, but this album is evidentally more British influence; as she sports the leather jacket and hairstyle of Billy Idol and transparently embraces her inner fanaticism with The Cure on gothic rock tracks such as “Temporary Mood Swings:. It’s worth noting that she failed in her attempt to persuade Robert Smith to produce the album. The authenticity, respect and courageous flair she brings to her stylish borrowed sound, whilst keeping her opinionated mindset is what makes the album treasurable and consistently enjoyable. It may sound like 1981, but it doesn’t sound like anything else in 2015.

43. Palma Violets – Danger in The Club 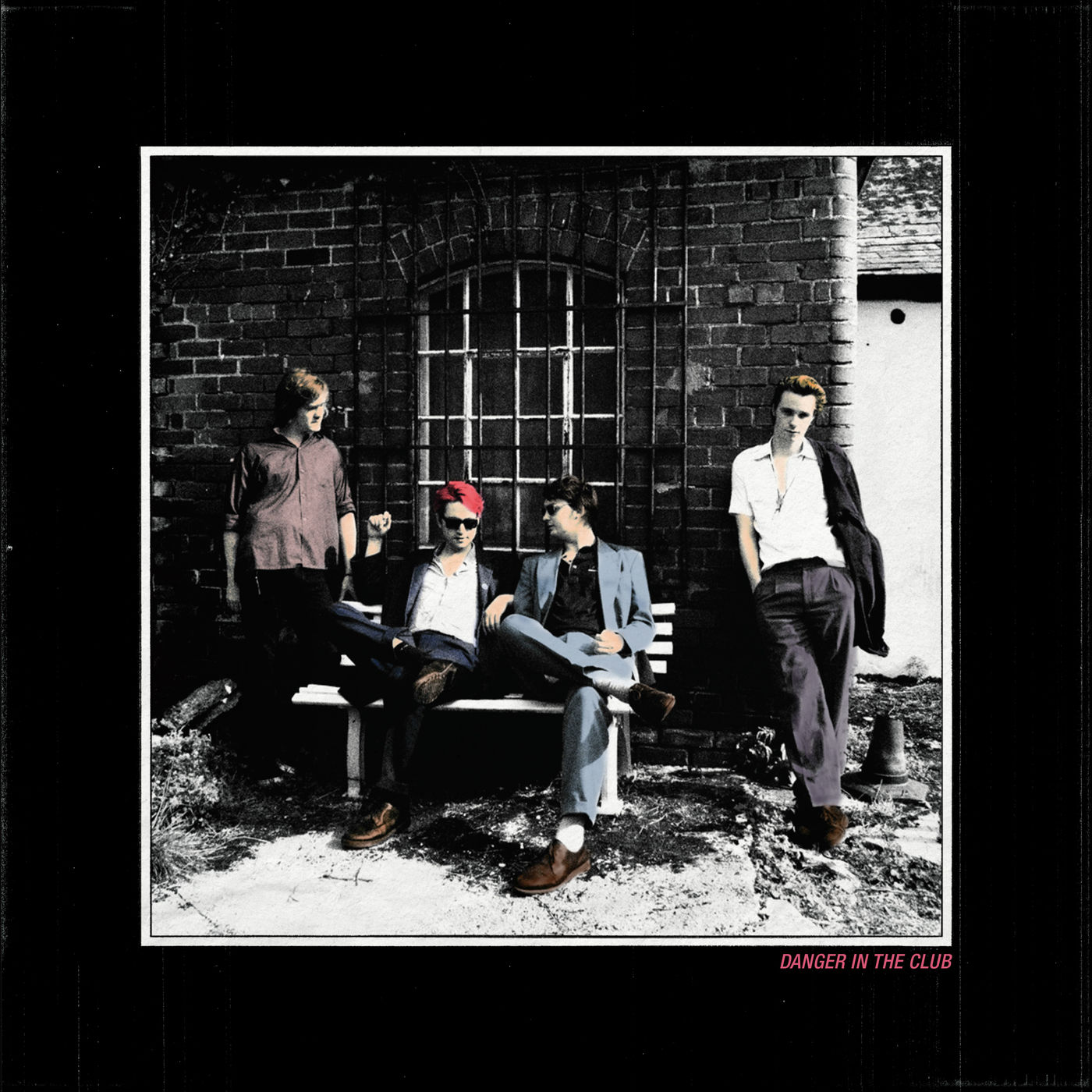 These raucous South Londoners returned this year with the follow-up to their 2012 debut album 180, which took the UK indie scene by storm, and they’ve somehow managed to make their potion even more potent with Danger in The Club. The recklessness is even further off the scale, the choruses are bigger, and the swigging pints has turned into swilling them. Music, when both played and listened to, should be plain ol’ fun, and that’s what hits home when you throw this record on. The Palma’s are the coolest gang around, and you’d be lying if you said you didn’t want to be a part of it.

Kamasi Washington has featured in two really strong albums this year. The jazz saxophonist, as well as playing and creating the jazz arrangements on Kendrick Lamar’s To Pimp A Butterfly, also released his own album titled The Epic. Breaking away from convention, The Epic is almost three hours of music stretched over three instalments. It features a ten-piece Jazz ensemble, supported on occasion by strings and choirs, and takes you on a musical journey of ideas and motifs. It’s both an album that you put on in the background for your sophisticated guests, and one that you enjoy when listening intently to the grooves and harmonies it presents.

41. The Wonder Years – No Closer To Heaven

The Wonder Years, this wonderful pop-punk band that has been the soundtrack to so many people’s lives, though they have been around for only a decade at this point, but it does indeed feel much longer than that, released their fifth studio album, No Closer To Heaven, in September. Similar to their previous albums, it details lower moods rather than higher ones, but unlike those albums, The Wonder Years have gone for a concept album this time around. No Closer To Heaven attempts to describe how it feels to experience the loss of a loved one, and it definitely succeeds in that area; this album will leave you with tear tracks all the way down to your chin, with songs like “Cardinals” that bleed through with emotion.