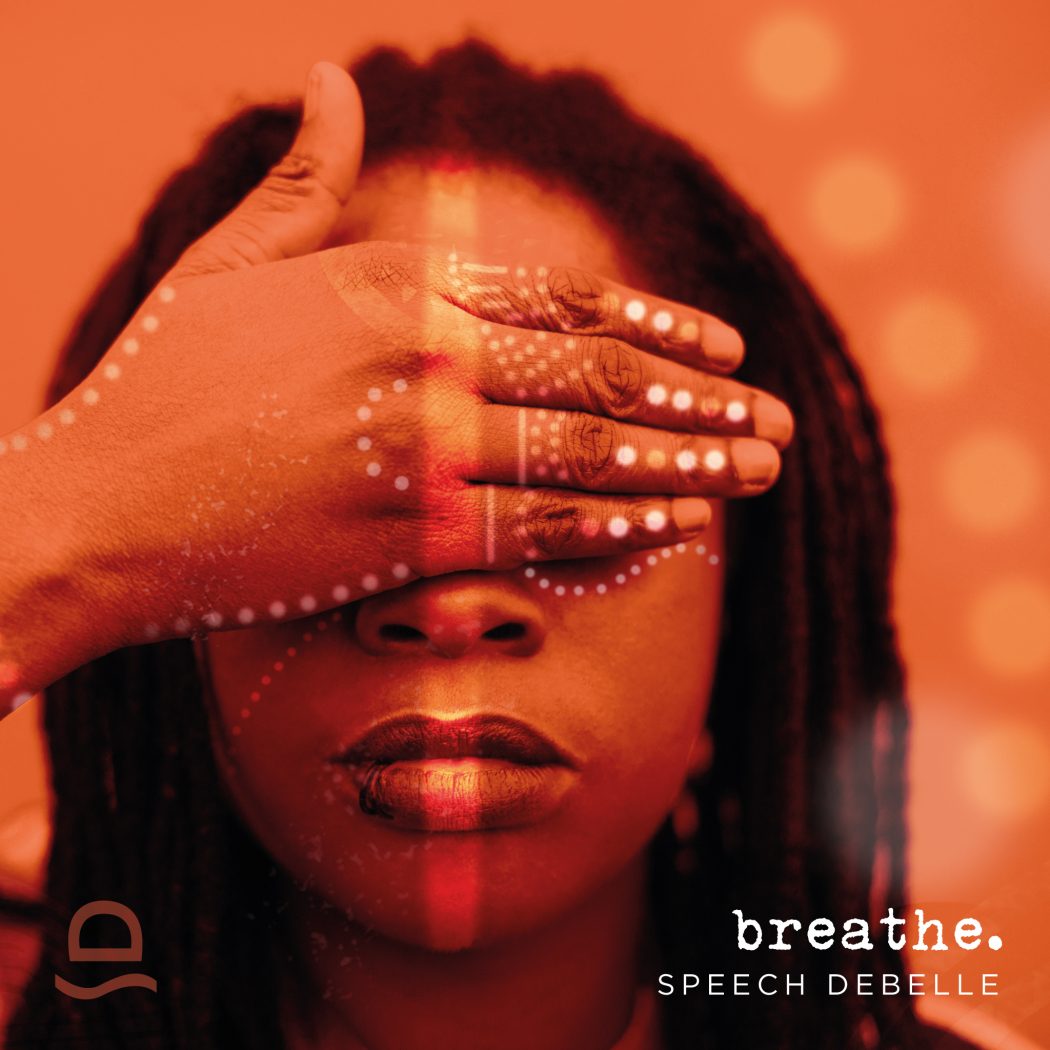 Speech Debelle burst onto the scene in 2009, scooping the Mercury Music Prize for British Album Of The Year with her raw and vulnerable debut, Speech Therapy, before garnering further critical acclaim with her Kwes-produced Freedom Of Speech in 2012, which MOJO declared to be, “one of the sturdiest, most rounded hip hop albums to emerge from these shores”.

Her wider passions came to the forefront in the years that followed: curating a moving exhibition of art by prisoners for the Koestler Trust’s The Strength and Vulnerability Bunker at London’s iconic Southbank Centre in 2013; amongst other things, like coming in as a semi-finalist on Celebrity Masterchef.

She released her EP breathe. on Friday, June 10. It marks her return from musical hiatus in 2016, and is a nourishing reminder of Speech Debelle’s signature thoughtful lyricism, poignant social commentary and vulnerably honest storytelling that provokes, uplifts and empowers.

There are instrumental and writing contributions from Neil Cowley (Adele, Emeli Sande) and Self Taught Beats, and production by Wayne Lotek, Nick Trepka, Mike Lindsay and Debelle, as well.

The woman herself says the EP reflects “the experiences of acknowledging the places that need my attention – the relationships I have with others and how that mirrors the one I have with myself, and the war/peace that comes with that shift, internally and as a shared experience”.

The opening track, “The Work”, begins with sombre piano and busy, calm, jazzy drums. The bass punctuates the gaps, as Debelle raps, wrapping her velvety tones around the track. Despite this, however, the track is grave and urgent, and any perceived sensual aspects are in the eye of the beholder. The closing minute really soars, beautiful in its power. It’s like lifting onto a higher plain, a mark of intent that warns the world they better know what’s coming round the corner. She’s put “The Work” in.

“Terms & Conditions” is moody, with clapping drums lending it some power. It has backing vocals reminiscent of the vocal arrangement you might hear in a song by progressive rockers, Yes. It works really well, both weird and soulful. The hook, that being the song title, has an off kilter vibe to it, and really grabs the ear. Wailing guitar and soaring strings provide a powerful statement, another mark of intent by Debelle that she’ll be going places whereby her profile’ll be larger than ever.

Then “Running” comes in with some jazzy vibes, and deep, bossy piano. The uptempo backdrop lends itself well to the high octane raps delivered. It seems to ponder the second guessing involved in new relationships, especially passionate ones running over the landscape of social media. There’s some excellent dynamics, with parts of the verse taking place acapella, putting extra emphasis on the words themselves. The chorus is an intense, stomping one, the chaotic instrumentation in tandem with rapid fire rhymes.

The EP closes with “No War No Peace”. This has Nineties stamped all over it, moody hip-hop and dance beats resplendent with intermittent bass choosing its notes merely to syncopate the rhythm of the drums. There’s a lot going on, with a nice refrain featuring only the basic beat and little else. It just rings out, washing over the listener. Some saxophone goes completely crazy over the established backdrop, wild, passionate, unrestrained and free.

Highlights are very much the first two tracks, “The Work” and “Terms & Conditions”. This is simply because of the closing, soaring, beautiful and powerful moments of the former; and the wailing guitar, soaring strings and powerful statements of the latter. Furthermore, if the latter were to pip the former it would be for the Yes-esque vocal arrangement, and that unique, off kilter hook that’s strangely addictive.

Moving on, with the last two tracks, there are further points of note. “Running” stands out primarily because of its bossy, and not tinkling, piano. People forget the piano can be more than a delicate instrument, so it gets points for that. There’s of course the excellent dynamics, with the acapella vocal refrain helping you to concentrate on the words themselves, Speech’s very trade. The Nineties retrospective of “No War No Peace” is joyful with its uninhibited saxophone solo, and is layered to the point it rewards the listener the more, better, they listen to it.

Speech Debelle, with this concentrated burst of both power composition, plus leftfield material, combines for a weighty and considerable piece as a whole. It has an ear for the moving and popular, yet even also more jazzy moments, for example.

Speech Debelle’s breathe. is out now and can be purchased on iTunes and BandCamp. Also look out for the September release of her third album, Tantil Before I Breathe.