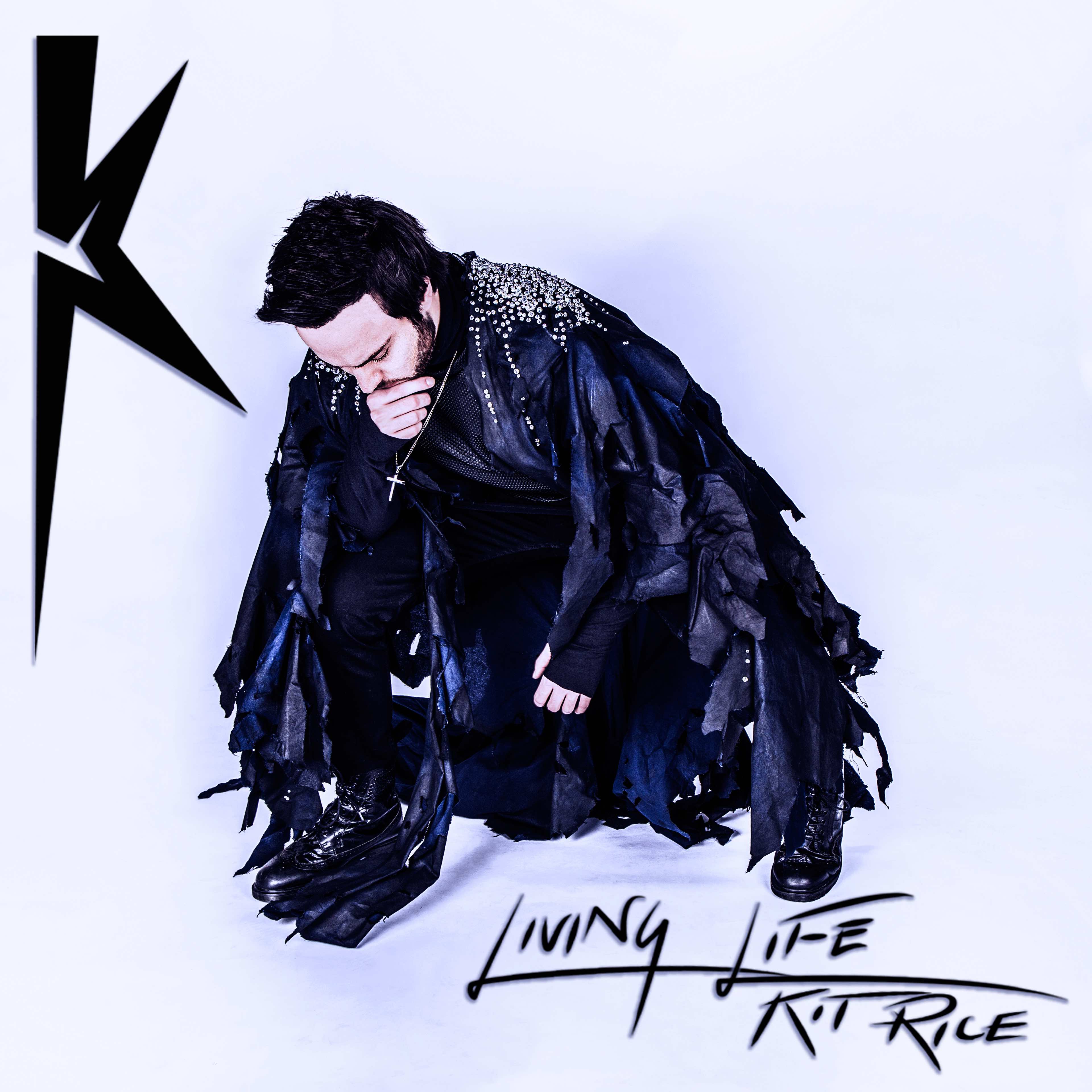 Kit Rice is a British singer, songwriter and musician. The BRIT School graduate is fast-becoming one of the most exciting new vocalists to emerge from the UK’s dance and electronic music landscape, and his new EP, Living Life, comes out on Friday, June 24.

Between making his debut in 2011 with his Not On My Time EP to rave reviews, working with some big names in the business and working on his current release, Kit can count the likes of BBC Radio 1, Ministry of Sound, Fabric and DJ EZ among the tastemakers that have championed his music and sound.

Speaking about the Living Life EP and the inspiration behind the record, Kit Rice says, “it is about my life as an artist, as an artist in a new age, with a society telling artists to conform and get back to ‘reality’. This EP is about my struggle and triumph. This is my reality. This is my story and I’m going to write it. I am not going anywhere. Music is a universal collective, not a competition. Music is for your soul & your heart. We have forgotten and I am here to jog your memory”.

The opening track, “Living Life”, featuring The First Diamond, has soulful singing ringing in your ears, before the deep bass and rattling drums clap to make their presence known. The sing-song raps are quite refreshing, as in that he can actually hold a tune at the same time. Evocative of, say, Montell Jordan? Following that is some rapping proper from The First Diamond, if you will, and that, too, is done well.

“Love Song” is moody, funky and bass heavy. It’s like Eighties Prince put in a slightly more modern context. The synthesiser work is thicker and perhaps, also, going to age a bit better than similar effects from that decade in question.

“Dreaming”, featuring Christopher Blacc, has a sort of soulful feel melded with subtle jazzy elements. For the sake of continuity it’s declared, in the lyrics, that “I’m a Nineties baby”. The subtle elements get bigger and bolder, particularly for the hook. The tinkling works expertly with the rim shots of the snare, very restrained but still pulling off the big sound. A superbly satisfying vocal melody refrain ends the track.

The album carries on with “Not Enough”. The more dance inflected tendencies of Kit Rice come to the fore with this one. Deep, stomping bass and busy drum somehow float above the line between substantial soul and getting that dance crowd moving. It’s perhaps that clapping drum, set at the right tempo, that helps stops it becoming another soulless raver for the pill poppers.

“Dreaming (Operator S Remix)” chops the hook, “I’ve been dreaming/Upside down”, and is set against equally choppy drums. The keyboard almost has an organ feel to it, but maybe reimagined for the more modern age. A middle section provides an interesting refrain from the quite hectic rhythm tempo. Like escaping the Big Smoke for a holiday in the sun, or something, you could daresay. Its closing moments are almost like a crescendo of somehow appealing white noise, washing over the listener at it reaches its end.

Closer “Dreaming (DJ Fen Remix)” is accompanied by a similar vocal sample, aswell as moody, bossy bass. There are air light strains in the background, rising and soaring to be heard, adding overall to a very atmospheric piece. Maybe the theme of the track is held in the lines of, “I’ll fall down, but that’s okay”. The middle section is very futuristic, akin to the zapping of ray guns, or something. Stabs of keyboard give it a disjointed, yet musical aspect amidst a track primarily atmospheric in its nature.

Genre wise, this EP is a mixed bag. In such a short and limited medium as the EP, that’s probably a good thing. Some of it is soulful and more towards live instrumentation, other tracks on it veer more towards electronic influences. Those in between, of course, are a good and hearty mix of both.

Add to that some semblance of appearing to be able to sequence tracks in the right or good order, and you have a very good, sturdy release on your hands. Even just the Eighties, Prince influence of “Love Song” followed by the “I’m a Nineties baby” of “Dreaming” has a sort of aesthetic appeal.

Furthermore, by accident or design, final track “Dreaming (DJ Fen Remix)”, a look into the future, comes subsequent to those Eighties and Nineties aspects explored in previous tracks. A true sense of chronological progression, here. Indeed it might be coincidental, and only playing on the mind of someone overanalysing things, but it works. That’s that.

That’s just the surface of things, though. More into the music itself, you’ve got the singsong raps of “Living Life” bringing, it seems, Montell Jordan flavours into a more current context. “Love Song”, in turn, does the same for what seems like Eighties-era Prince and his, this time round, more timeless and substantial synthesiser sound.

Moving onto “Dreaming”, with its subtle jazzy elements and big, massive hook, it seems to straddle between live instrumentation and a big sound more akin to the electronic genre. “Not Enough”, of course, ventures more into the territoryy of the aforementioned, and does so without pandering to pill popping ravers.

The latter two definitely, compared to the preceding numbers, went hell to leather delving more into that scheme of things. “Dreaming (Operator S Remix)”, like previous songs resurrecting and updating Montell Jordan and Prince, reimagines a certain sound keyboard with an organ feel to it, and more so for the more modern age. Its highlight, though, is that middle section which transports the listener to a different, more relaxing time and place; a foreign holiday within a song.

The final of the latter two, “Dreaming (DJ Fen Remix)”, is similar in its makeup, but different in its destination. A look into the future within a song, this time round. Zapping ray guns, space travel and everything, it perhaps proved more so than the previous track the transcendent qualities of certain, well executed pieces of music.

Kit Rice, with this very varied effort, has offered a slice of what to expect with a long play release. There’s the right mix, as said, of live and electronic influences, so much so the lines become suitably blurred. Kit Rice’s Living Life is out on June 24 via KAR Records, pre-order it on iTunes here.