Home » Features » Commentary » WPGM Commentary: Recording Concerts On Your Phone – Is It Really An Issue? 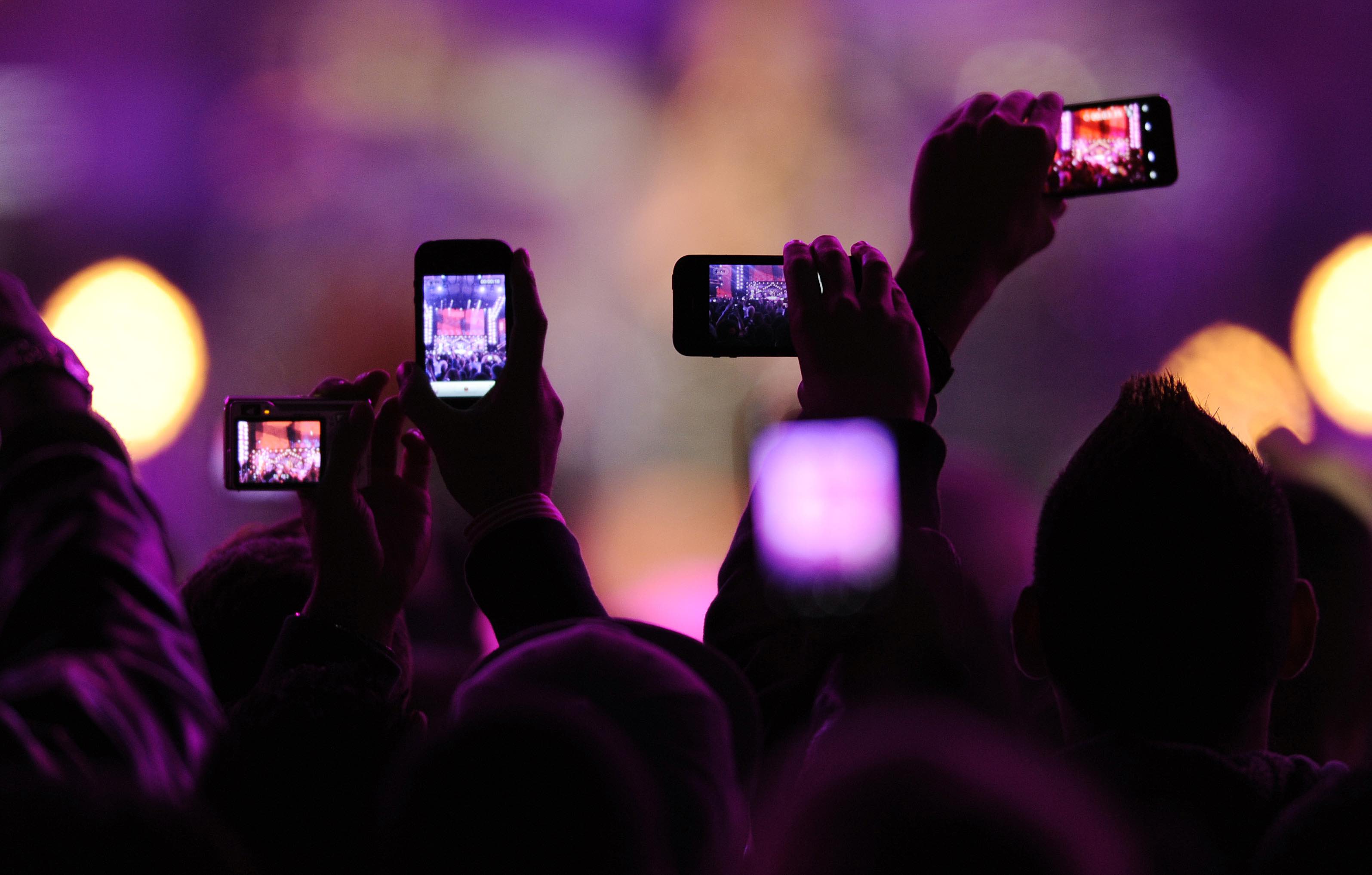 You’re at the concert of a band you’ve wanted to see for a while, and all around you are fans who share the same excitement. The time comes, and the band are introduced. Phones clutched in hands fly up behind, beside, and before you, recording the experience in little moments that will last forever. Do you mind these actions? Do you join them?

This is a topic that many musicians have brought up, and it seems as if most discourage using phones at gigs, some going as far to ban them altogether. Adele, Alicia Keys, Corey Taylor – a particularly extreme example – and more have shown their irritation but, bottom line, is it an issue?

I’ve whipped my phone out at many gigs to take little snapshots, whether it’s a clip of something interesting, or a just few pictures to capture the feel of the night. Usually I refrain due to the poor quality, and the fact that I would rather centre my attention on the artist and their music. Though after reading up on it, I’m even less inclined to do it in the future.

This Refinery 29 article is really biased, but I do agree with part of its introduction: “You’re trying to be in the moment — and so is everyone else — but if you’re also trying to capture that moment, you’re inevitably interrupting someone else’s experience”. I wouldn’t personally say “inevitably”, but the idea of recording something that I won’t pay much attention to later on, and which isn’t as eventful as the live show, whilst simultaneously annoying someone else who’s trying to be in the moment makes me feel awful.

I don’t want to risk ruining it for other people just to do something that matters less to me than being there. Also, just to clarify, I think that there is a huge difference between taking the odd photo and recording the entire show (that’s what live DVDs/streams are for, as Huffington Post pointed out in an article titled “Turn it Off: Cell Phones and Concert Culture”).

In June of this year, Adele told an audience member with a video camera to stop filming and enjoy the show because “I’m really here in real life. You can enjoy it in real life, rather than through your camera”. It’s likely that the fan was recording the whole show since the camera was on a tripod.

In the aforementioned Huffington Post article, it excuses a few photos, but disagrees with people who do it for essentially the entire thing: “Taking photos of every single cool moment or recording every single one of your favorite songs is disruptive to those around you and it ultimately ruins your own experience”. Not only that, but taking photos of things has the potential to worsen that memory.

Psychologist Linda Henkel ran an experiment to see how photos affected memory and found that her students tended to “subconsciously count on the camera to remember the details” rather than utilizing their natural memory bank. So, not only will your attention be split if you’re taking photos of a band, but you won’t try as hard to remember things because you know that the camera will do it for you. Taking photos, in general, isn’t all bad though.

Memories fade and become distorted, but captured images don’t lie. The trick is to do it sparingly so that you can memorise things, yet have something more permanent so you can look back and relive it with more clarity. Furthermore, as Stereogum pointed out, documenting and sharing an event on social media is all part of the experience for some. The article compared it to “singing along” or “applause”.

There are some technological practices in place to prevent phone usage at live events including Yondr – a phone case which automatically locks when in a “phone-free zone” – and Apple very recently received a patent which could (in certain areas) disable recording functions on phones, something which could be used at other places like museums.

As you can see, there are arguments for and against recording live footage on a phone or a video camera, but where do you stand? Have you done this yourself, or do you hold back? Let us know!