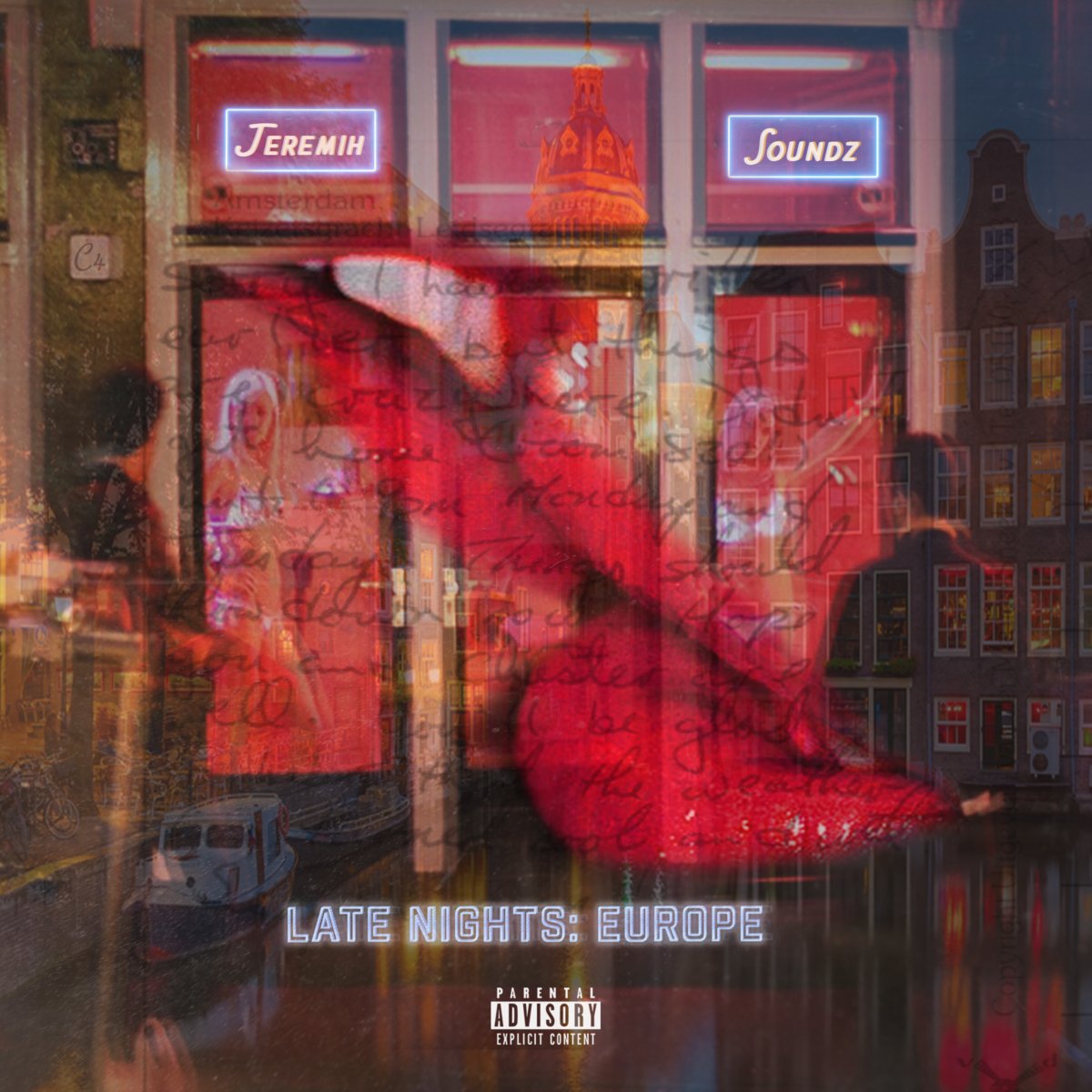 Jeremih’s Late Nights: Europe is a sordid affair. It loosely tells the tale of Jeremih’s antics around the world, from the beginning with “Dubai” and the ending of “The Crib”. Throughout the mixtape, Jeremih experiments with his sound and the experimentation is a reflection of the cities themselves.

They come alive through the instrumentals and smooth vocal melodies, he gives life to stone, metalwork and all the people who inhabit it, while capturing the essence of the vast, raw and varied offerings of the world. Late Nights: Europe is an example of expansion within an artist’s sound or genre, and while Jeremih dabbles with new flavourings, his thick, seedy trademark atmosphere and tone is still omnipresent.

The mixtape begins with bravado, “Dubai” has Jeremih aimlessly spitting rhymes over an amped up beat. The bass spasms while the synth and hi-hats clatter and loop, building a fast-paced, creme de la creme of ignorant R&B/Rap mash-up. “Dubai’s” beat matches the lyrical nature, it’s loud, confident and ‘big’.

It doesn’t stop there either, as it’s followed by “Belgium”. This track is built on a rampant bass line and eerie keys, it’s a swirling, engrossing filth-filled anthem. It’d be fitting for a strip-club playlist and shines a light on debauchery where you’d least expect it. Belgium is the home of bitter chocolate, gothic architecture and the remnants and memories of war, but after Jeremih has visited, he unveils it in a whole new light.

After “Beligum”, the album jumps around pace wise. It slows down, delivering laid back jams with soul and emotion. The slower songs blend together in a haze, amalgamating into a whirlpool of soft, sensual vocals that slip and slide over instrumentals that are often sleazy and lush.

Late Night: Europe’s strongest points are the ‘bangers’. The songs that are brash and proud, light on substance but full-throttle with style. They’re full of confidence and they ooze enthusiasm. During these moments, Jeremih flows effortlessly, he gets the blood pumping. “Lebanon” is a triumphant example of this.

Sci-fi, murky synths alongside Jeremih’s rapid-firing bars creates an atmosphere worthy of the most darkest, vulgar and memorable sexual escapade you could think of. With lines such as “Made up like my lesbians all out in Lebanon” and “What she do to the dick off the molly / Pourin’ up, knuck and buck with everybody / Had her screaming louder in my Maserati“, Jeremih crafts memorable moments and they sound off his lyrical snapping.

Lyrically, this mixtape features the R&B crooner at both his weakest and strongest, sometimes he’s crude without taste and sometimes he delivers well-executed one-liners or colourful verses. His strongest aspect is the ability to write melodies, it’s a definite talent of his. While his lyricism is shaky, quality-wise, there are some missteps sound-wise.

Take “London”, which demonstrates Jeremih experimenting with a dancehall sound. It’s a mixed affair, its bouncy beat and summery atmosphere contrasts the empty, piss-poor lyricism. The over-exaggerated Jamaican accents throughout the song also leave it sounding more like a parody rather than a homage to the feel-good sound. Although, despite that, it’s a catchy hook-for-hook wonder, in the sense of ‘it’s so bad, it’s good’.

As the album reaches the second half, it becomes apparent that the project is too long, it’d be a more concise and cohesive listen if it were shorter. The topsy turvy pacing and quality of songwriting brings the overall quality down a bit and the features are average, too. Despite Late Nights: Europe’s second-half drag, it finishes on a strong note, and the overall project is high in quality with plenty of moments to come back to.

When the album goes hard, it goes hard and when it’s sensual, it’s effective and there’s no harm with experimenting because for the most part, Jeremih succeeds. Late Nights: Europe is a tale of worldwide debauchery led by one sexualised, smooth-talking, lustful jaguar of R&B. Stream it below.