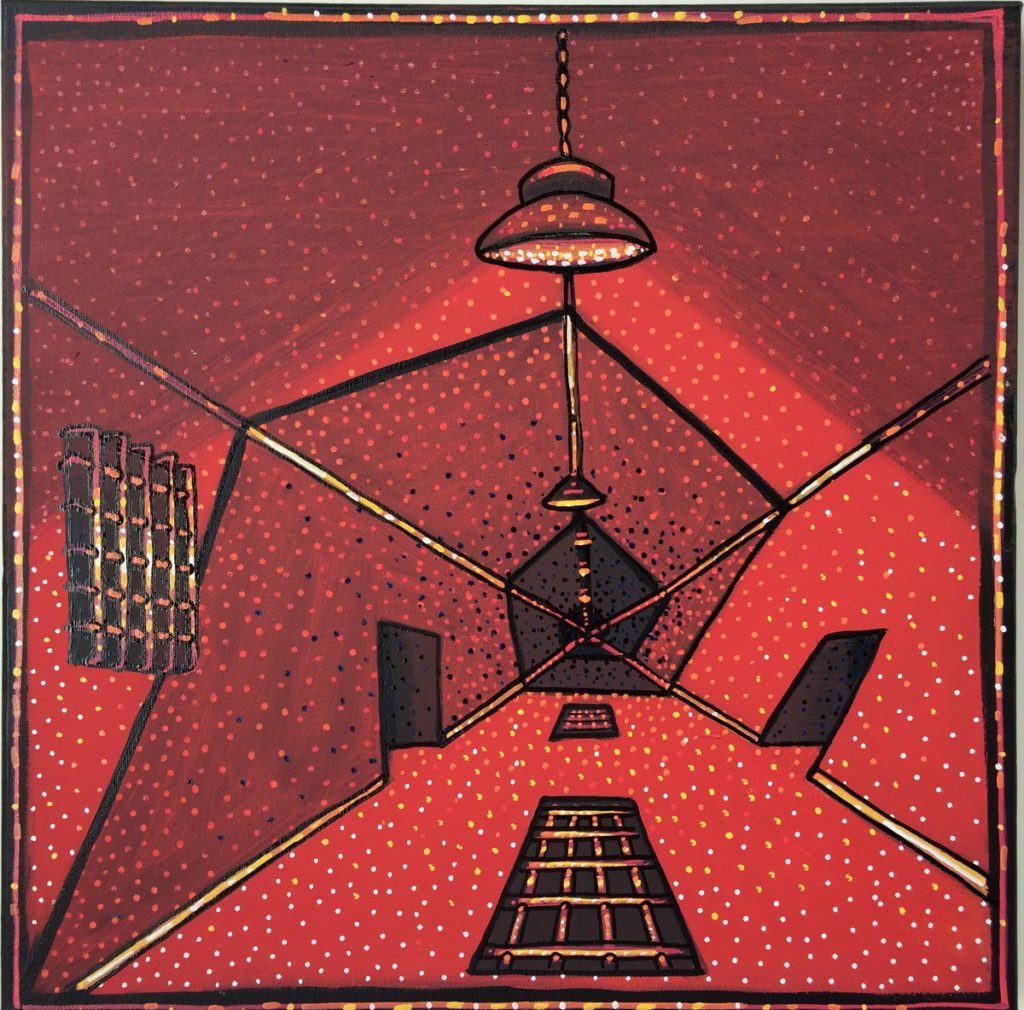 God Alone is a post-punk/blues side project formed by Christian metalcore The Devil Wears Prada lead vocalist and rhythm guitarist, Mike Hranica. He had the assistance of Kyle Sipress, the aforementioned’s lead guitarist, for the project, which has been in the making for 30 months.

The project, entitled Low Fire EP, was released Friday, August 19. It certainly isn’t metalcore, think the likes of Killswitch Engage, hence the post-punk/blues label. It has plenty of grit, but the vocals rarely deviate from a non-screaming format, however impassioned things get. A good mix of hardened edged rock, with very accessible elements, for those not too particularly keen on hard rock and heavy metal.

Anyway, the opening track, “Low As Hell”, starts ringing and a tad dissonant, though melody is discernible. When the rhythm section kicks in, the melody solidifies and is given clarity. The vocals seem Pixies-esque. Come the midway point, things really get together and become crashing, rocking. It really has some power to it, driving and substantial. The chugging bass gives it that little bit of beef. Things end as they began, ringing out, dissonant and distorted.

“The Alpa King” is a crunchy one. The tempo switches almost as quickly as the songs starts, getting a tad slower, more groovy before picking up the pace, again. There is a refrain of sorts to let the vocals breathe, another excellent example of dynamics and progressive song writing. Excellent, expert stuff, really.

Then “North Through The Woods” drives, distorted and dirty. Tree trunk bass, like trees in the woods, of epic proportions is the crux of the whole arrangement. The vocals are almost delivered in a spoken manner, though coming across as slightly unhinged. Things ring out before the fadeout, the soundscape washing over the listener, indeed.

The closing track is “Thalia”. The ring out from the previous track segues into the following. Ominous riffs are anchored by unrelenting drum, the latter, in turn, appearing to be adjoined with clapping hands. Though the vocals remain somewhat like the previous track, there appear some indication of insanity, impassioned wails like someone inside a padded cell wearing a straightjacket. It has real thumping power, dynamics utilised to accentuate that pounding of the bass drum. One almost contrived to make for excellent live material and, what’s more, that it would certainly do.

The EP’s particular highlights include “The Alpa King” and “Thalia”. The former really encapsulates the genre mission statement of the band, speeding for its post-post punk moments and slowing for moments more rooted in the blues. The latter, in fact, is played in a more current context, blues in the very groovy, syncopated riff sense.

The latter, meanwhile, is perfectly placed as the album closer, that ominous, almost “Black Sabbath” riff is dark, indeed, for people rooted in Christian rock. Refreshing, in a way. Those vocals, furthermore, however weird and quirky, build to almost screams of pain.

This the culmination of an insanity building over the course of the EP, at times almost spoken word before descending headlong into madness. How, with excellent dynamics, it, in turn, brings the listener to the beat of that bass drum could almost take them, eyes closed, to one of their shows, the song perhaps, one day, becoming a live favourite.

The other two aren’t bad, either. The dissonance of “Low As Hell” is satisfying, especially as how the underlying melody becomes apparent when the whole band eventually come in unison. Maybe this signifies coming from as low as hell, dissonance turning to melody as they ascend to the heavens? Very evocative Christian themes. A bold opening statement, the vocals, when they kick in, very Pixies. The bass, in this one, setting the tone for the rest of the album with its massive presence and character.

Even the ring out before the fadeout in “North Through The Woods”, and how this segues into “Thalia”, is satisfying enough even when, in some respects, that third track can’t hold much of a light to the other three quarters of the EP, relatively speaking. The title’s perhaps a tad, clever, though. The expression of being out the woods, or through the woods in this case, coming to mind as the band escape hell, through thick woodland, and ascend to heaven.

God Alone, with this compact twelve minute effort, offer a range of sounds that not only justify their genre label, but also display some very clever and progressive elements that span more than the one genre in just one song. Mostly the songs are crunching rockers with an expert variety of ways in conveying them, which’s, indeed, very canny. God Alone’s Low Fire EP is out now, purchase it on iTunes here.