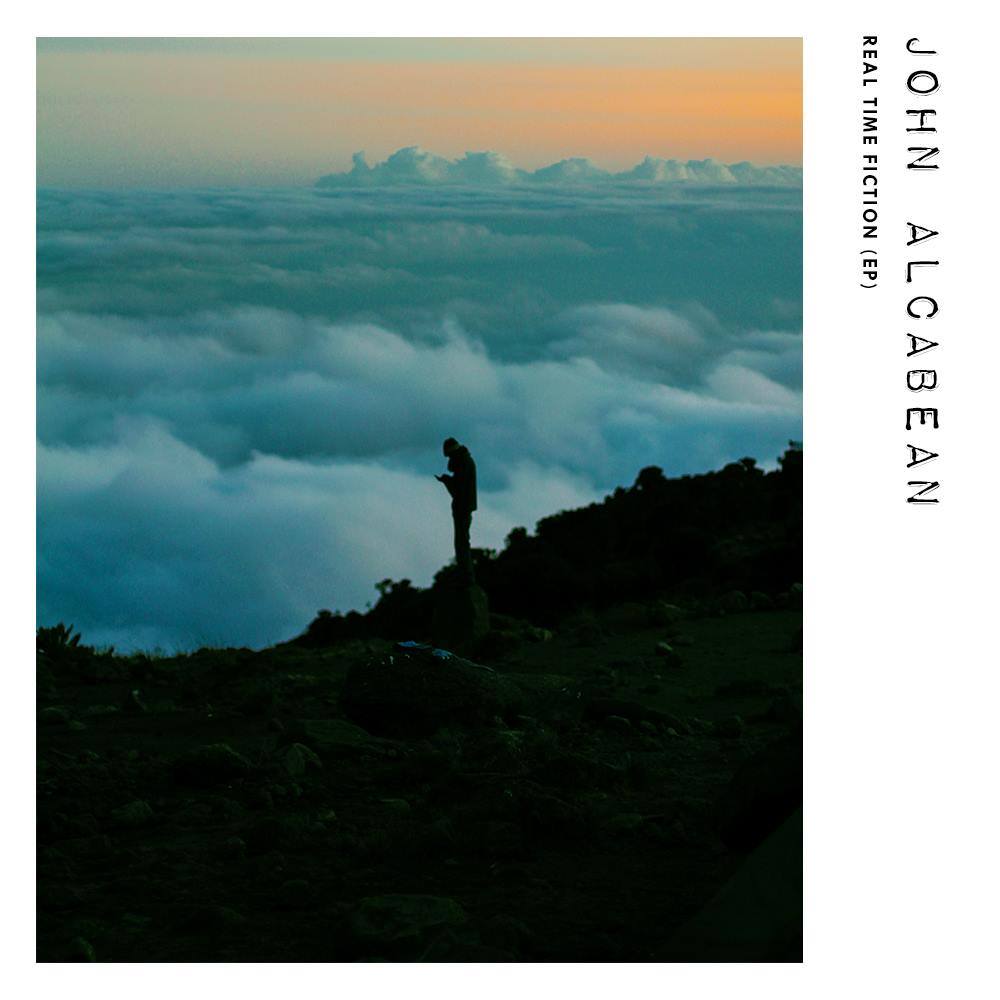 John Alcabean are a three-piece alternative rock band from Copenhagen, Denmark. Brothers Victor Ryle Schack and Julius Ryle Schack form the nucleus of the outfit, with the former on guitar and vocals and the latter on bass.

Their Facebook page explains the band as such: “John Alcabean plays alternative rock with emotions on their sleeves, distortion pedal and a polite f*ck finger to the theoretical rules”.

Speaking of the EP, Real Time Fiction, it was released Friday, September 2. It was recorded in the Aarhus Tape Town Studio, Denmark with Rasmus Bredvig (Captain Casanova) manning the switches.

In terms of their influences, their Facebook further elaborates with: “Although the young men are only about twenty years, so has the unique, the proven musical insight. And with a sound that draws threads for both the Smashing Pumpkins, Placebo and Wolf Alice, hits John Alcabean into a gaping hole in the current Danish rock scene”.

Anyway, things start off with “Need Comfort”, which has spaced out guitar, before the rest of the band come in like crashing waves. It may remind one of early days Foo Fighters. The vocals are passionate, imploring. There’s a nice drum fill, bass filling in all those pockets whilst the guitar is sparse. Later comes some snare action, almost military and eventually coming to a rise. Guitar comes in emphatic before the rest of the band crash back in, again.

“Slow (Intro)” catches you off guard with a lengthy silence before hammering in. This one trudges, but still packs a punch. Flourishes of guitar then become triumphant. That pounding drum, nice and slow, gives this instrumental particular emphasis.

The blazing “Fire” has choppy guitar, suddenly cutting in with the violence of, yes, exploding, licking flames. The vocals seem almost falsetto, before lowering in tandem with some rocking guitar. Like all songs so far, there’s no real technical advanced nuance to things, just keeping things simple and deploying well some excellent dynamics. Take the middle section here, for instance. Things get quiet, letting the track breathe, before it comes wading back in, bold as brass and loud as hell. A vocal refrain at the end, just ringing in guitar for the fadeout, further proves this point.

“Real Time Fiction” has arpeggio guitar, not particularly loud or overpowering but intense, nonetheless. Then driving chords push the song forward, in a way as such you could liken them to Placebo. You could say as much in the vocal department, maybe even akin to Billy Corgan of The Smashing Pumpkins fame. The song rises and rises, moodier than ever, and a crescendo comes with celebratory, chordal guitar lead lines.

Things come to a close with “You Only”. The crawling riff in this one soon gives way to what seems out of tune, maybe an effort to achieve something abrasive without delving into heavy metal and the like. The more immediate moments in the track you can just about hear the bass taking flight, graceful, mighty and syncopated.

It then comes right back down to earth, low and with bite. It, then in tandem with chordal guitar melody, nips in with some high octane fills. Even chords appear to be played on it, too, before light, delicate guitar arpeggios see the song away for a fadeout.

Highlights of the EP are “Need Comfort”, “Fire” and “You Only”. This seems more than coincidence as, being a five-tracker, you have songs of note at the exact beginning, middle and end of the piece.

“Need Comfort”, and with that processed sounding guitar at the start, has the EP begin on an almost epic scale. The histrionics of that moment as the snare rolls towards a crescendo is very satisfying. The power of “Fire” takes an unexpected turn right at the start, flaring up suddenly like wildfire. There are also at least two instances in the track of excellent dynamics, too, which’s quite clever considering the limited resources of relatively simple song writing.

“You Only” is the standout, though. It goes from not being particularly tuneful to, with ever changing bass guitar, taking real thematic shape. It soars, taking melodic flight like a phoenix before coming down in ashes, melding into the salt of the earth, anchoring itself primarily in root notes. Then it resurrects itself with some flashy, expert fills, even replicating the guitar and strumming some chords.

For this reviewer, this links with the title as, for you only, the bass represents someone in a relationship willing to clip their wings to pull you from out of trouble, reverie, or depression, etc. They, in turn, get you going, baby steps like root notes, until you’re the best you can be. The subsequent expert bass playing, rounding off with the ring of a chord, signifying completion of what people would do, sometimes anything, to help their other half.

The other two tracks aren’t exactly bad as such, but maybe even an extended version of instrumental, “Slow (Intro)”, would’ve maybe have made the track more complete, which’s daresay easier than maybe trying to add vocals to it. Title track, “Real Time Fiction”, is moody and atmospheric and its celebratory, chordal guitar lead lines are mighty, indeed.

In many respects, there isn’t a single dud on this EP, just excellent taking precedence over the very good. The fact that, of five tracks, there are an excellent three at the beginning, middle and end is hugely satisfying. Of course, because the other two, either side of the midway point, are very good, it doesn’t feel like the excellent are spread out to avert ears from so called “filler”.

John Alcabean, with this EP have really mixed simplified, generally, riffs and song writing with some clever use of dynamics to give any said element emphasis. This use of resources emboldens the songs without the need for virtuoso musicianship. John Alcabean’s Real Time Fiction EP can be heard on iTunes here.