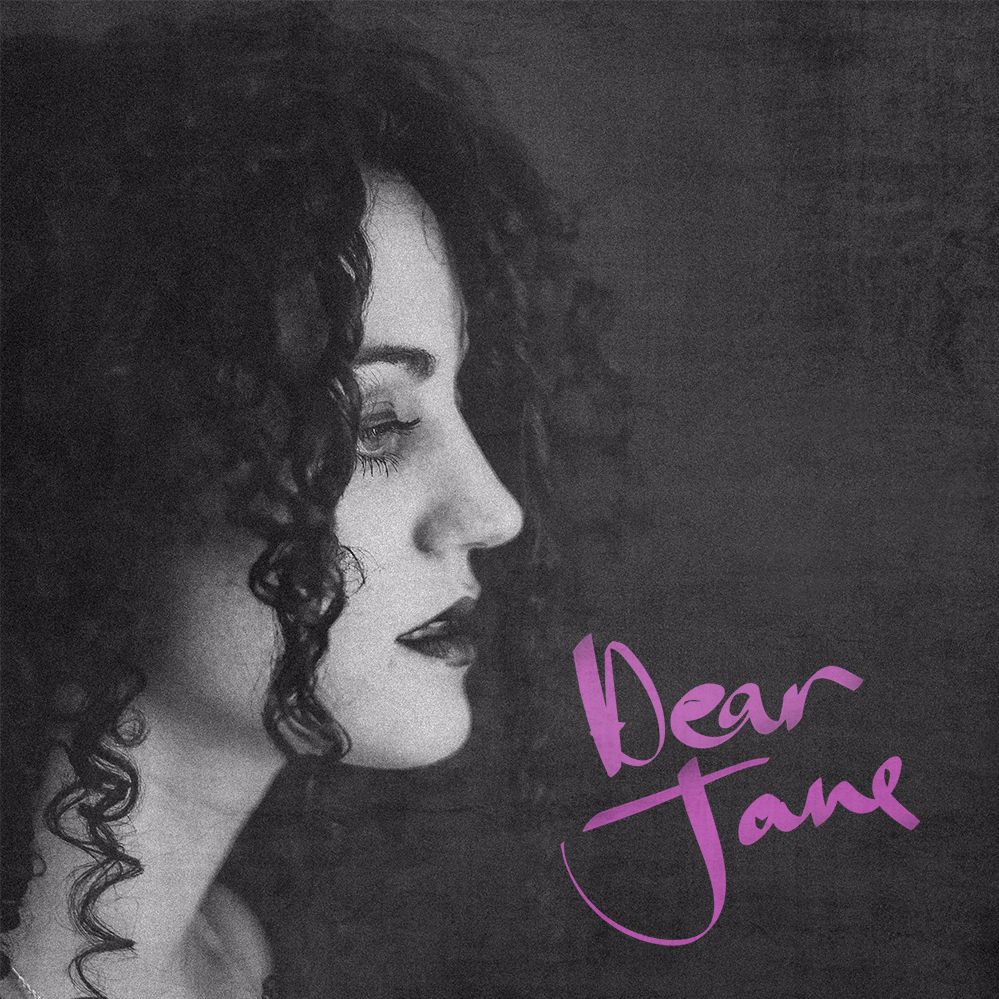 Dear Jane consists of Tammy Infusino (vocals, melodies, lyrics) and Nico Cary (composition, production). Tammy explains the situation as, “It’s he and I that make up Dear Jane. Kinda like how gnarls Barkley is cee lo + danger mouse”.

Tammy, having switched from New York to Los Angeles, has done backing vocals for Kanye West and Drake. She penned a gold record for Belgian artist, Milow, amongst other things.

Regarding the project, for Tammy, “Jane is my darkest corner, a winding journey through heartbreak and vice, pain and pleasure, a druggy atmospheric escape from reality with a femme fatale we all know just a little too well”.

Production is handled by Nico Cary, Rafael Casal and Dahlak Brathwaite. Speaking of Nico, he’s a versatile music producer and writer from San Francisco Bay. He’s done shows in Paris and lectured at Cornell University and, of course, had some input in the project from the aforementioned fellow producers.

Tammy, arguably the most interesting in terms of a story to tell, had the following to say, too:

“4 years ago today I packed my life into 3 suitcases and moved from New York to LA. For love. For music”.

“This EP represents the journey these last years have taken me on … and written and vocalized (obvi) by yours truly, it’s all about the ups and ( mostly downs) … but more than that, it’s about the dark corners and vices in all of us, and the winding path personal growth can take. It’s about LA. I hope it means something to you, because it means a lot to us”.

Opening is “El Ay”, which greets the listener with thoughtful, grave piano processed as if to swirl itself into the ethereal. Rihanna esque vocals dance their pleading, sensual magic. Drums kick in to give the song more power. A middle section takes the track to another place entirely, bass quite prominent.

“Let’s try to make it out alive, I’ve got to keep breathing”, suitably accompanies said piano. House elements herald a climax, the after party sedate, ringing and mournful.

She writes to “Dear Jane” afterwards. It’s also with piano, accompanied with bottomless bass and twitches of electronic origin. This one’s incredibly urgent and immediate, like seizing the moment. Despite that fact, it’s slow and driving, drums really propelling it. It’s like the vocals implore to be taken away from such pain and suffering.

Probably charged with bad love is “Temporary Bed”. It has a different vibe to the previous two, the piano only intermittent and not the main melody. The drums pound emphatically amidst a very futuristic backdrop. She asks to be spared the “details, details” as if to say she doesn’t want to know all your dirty laundry. “Hard to focus when you talk so much” elaborates on this. The drums, epic as ever, right to the end as the main melody fades the track out.

Then there’s the “Smoking Gun”, which has deep and low bass opening, before clapping drum and vocals kick in. Things really build up, her vocals processed, deep and ominous. “Don’t trust those lips/’cos they talk all kinds of sh*t” comes after her plea not to be a “cautionary tale”. The drums are elaborate and so rhythmic as to be almost melodic. “Put an end to all your games” heralds the closing moments of the track, profound and ethereal.

The oddly titled “Happy” certainly doesn’t sound that way. There’s swirling atmospherics pointing to the ethereal, but the vocals wallow in deep sadness. It’s not until you hear the lyrics you realise it’s, indeed, a cover. Pharell Williams to be precise. The backdrop and vocals combine for a totally original rendition of the super smash hit. The light percussion rings in the head, yet so light of touch, before the final hit of drum indicates the song’s end.

You see her “Walk Away” once she winds up proceedings. It sounds a lot happier, funnily enough, than the previous effort. It seems imply the benefits in deciding to walk away. The sense of elation as released from a toxic relationship. It really swings, with scratches of guitar giving spunky energy. Drum and bass clatter their cacophony, adding extra vitality.

“Why don’t you stop hanging onto those shackles you love” heralds climax before the almost equal elation when such bold normal service resumes. It fades out and shimmers, the end almost delicately imprinted on the mind.

Particular highlights are “El Ay”, “Dear Jane”, “Happy” and “Here’s To Violence”. This is two thirds of the EP equating to very good, solid music. It starts well, ends well and is nothing to be sniffed at in the middle. The track selections indicate the density of the album’s highlights as something very symmetrical; very good first and second tracks, and very good second last to last tracks.

Opener, “El Ay”, for instance, has grave piano that swirls into the realms of the ethereal. It’s no mean feat to be considered as having a voice akin to that of pop megastar, Rihanna. After the midpoint, there’s then a sense of urgency, that we might not get out alive in, “Let’s try to make it out alive, I’ve got to keep breathing”. A climax comes, things then settle. You get away with your life.

Following song, and title track, “Dear Jane”, is incredibly urgent and immediate, like seizing the moment. Is life at stake here, now, again? Slow and driving drums really propel it. Like being chased, dangerously, by a car and you only have your own two feet to depend on. Vocals imploring to be taken away from such pain and suffering, like focusing on mind over matter in the throes of painful death.

The not so “Happy” is key, somewhat, to the success of the EP, which isn’t bad for a cover. Quite simply, the backdrop and vocals combine for a totally original rendition of the super smash hit. There’s swirling atmospherics pointing to the ethereal, like the project’s opener, too. Light percussion rings in the head, yet so light of touch, towards the song’s end. An aural paradox to ponder, indeed.

Closer, “Walk Away”, is happier than the previous, funnily enough. Maybe it’s the joy in the benefits of deciding to walk away. Drum and bass clatter their cacophony, adding extra vitality and incurring a giddy happiness that might induce shouting from the rooftops. “Why don’t you stop hanging on to those shackles you love” clever and heralding climax before almost equal elation when song proper resumes.

Dear Jane, with these very song selections alone, is thematic and tells a story you akin to what you might watch in the cinema. Cinematic, you could daresay. Piano and keys play a significant role on the duration of the project, but something that gets you lost in the drama of survival, even when not physically experiencing it, is something profound. Dear Jane’s Dear Jane EP can be listened to below.