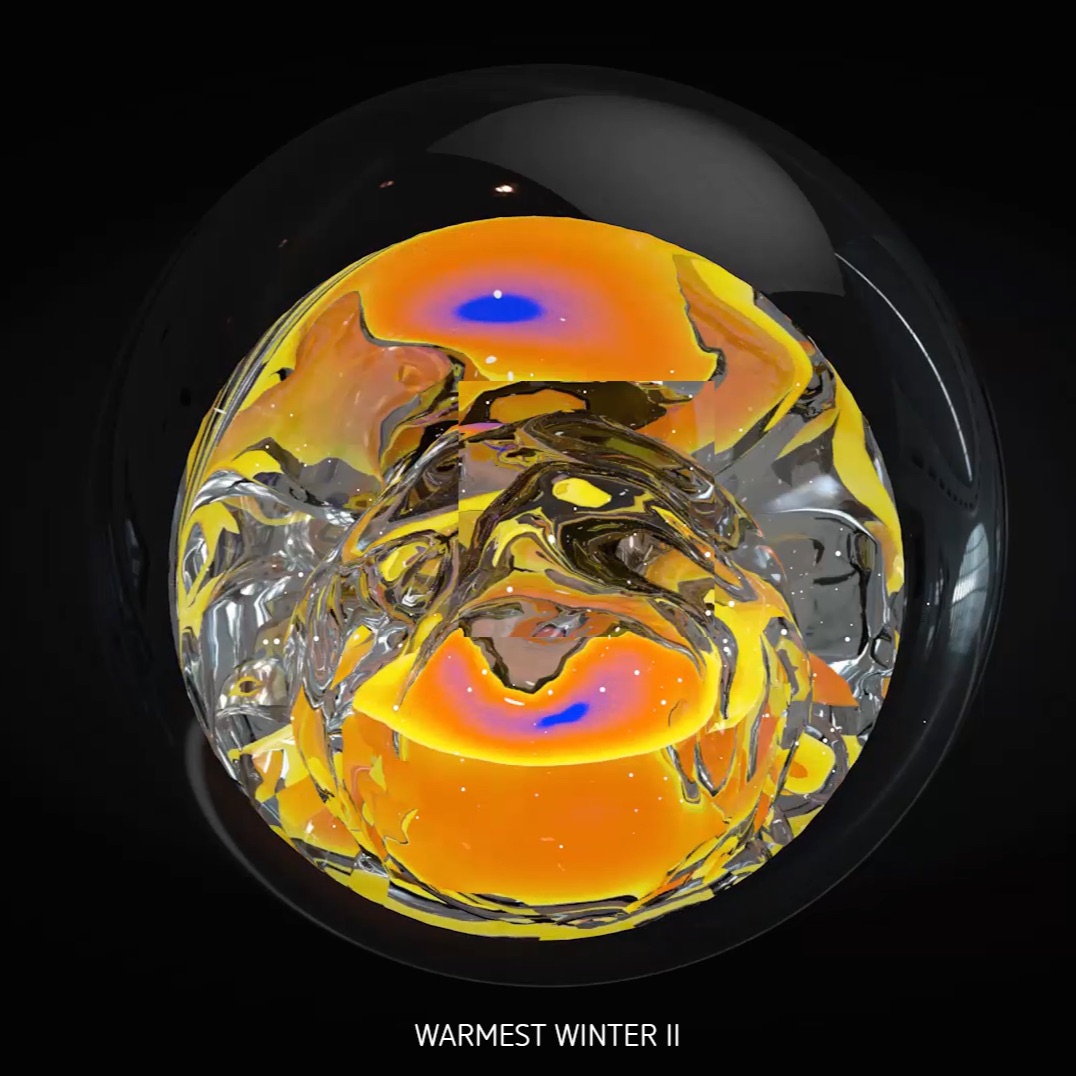 James Fauntleroy is a Grammy Award winning singer/songwriter and producer from Inglewood, California. He is most known for his work on other artist’s records as a songwriter and as President of the musical ensemble, 1500 Or Nothin’.

He has most recently written for Rihanna on her acclaimed album, Anti, while his other credits include Kendrick Lamar’s To Pimp A Butterfly and Vince Staples’ Summertime ’06, as well as various other work he has done for artists with 1500 Or Nothin’. His most recent personal release was a collaboration with Nex Millen on Starry Night String Theory in 2016.

Warmest Winter II is a five track EP that James Fauntleroy released on Christmas Day 2016, and is a follow up to his 2014 release, The Warmest Winter Ever. The album’s tracks are mostly very short and dynamic, with sections quickly changing from moment to moment. There is much ambiguously written sentiment across the record, most of it dealing with feelings of longing, love and the passage of time.

The EP begins with an acapella track, “Body Heat”, a song soaked in deep harmonies that fill the stereo width with warmth. The song uses layered vocals as instruments, with gentle percussion sounds carrying the main harmonies.

The tongue click snare is all the track needs to create a compelling groove that feels hazy and intimate. Every vocal is pitch perfect and meticulously placed to create a wonderful depth and atmosphere. This is classic RnB stripped to its most bare, focusing solely on the genres most important instrument, the human voice.

“Spiritual Gift” begins carrying the intro verse’s feel but adds instrumentation and ups the tempo. The result is a more melancholy track with a deep bassline, strings, a smooth gliding synth and a filtered drum break. However, as quickly as this instrumentation presents itself, it just as quickly disappears. The vocals themselves fade away to silence before reappearing with the track slowly building back up.

The dynamics of the songs on this project really stand out with the focus on stripping backing tracks away. Structurally, the song doesn’t necessarily follow any blueprint; it dances between different sets of harmonies and experiments with layers. The instruments that reappear in the second half of the track all play in reverse, giving the song an even looser and more stylish atmosphere.

On “Is It Morning Yet?”, we are given another vocal arrangement much like “Body Heat”. The track follows roughly the same musical ideas but changes the style of chord arrangements to create a different atmosphere. It’s an interesting choice, to demonstrate your song writing ability by applying the same production style to different song keys and arrangements, but it is something James Fauntleroy pulls off quite flawlessly.

“It Rains Everywhere” takes the project closer to the contemporary, with the introduction of real drum samples and a more traditional song structure. The mid-tempo beat rolls into a swinging bassline hook that is made all the more compelling because of how slowly the previous three songs have built to it.

The song takes a sudden tempo drop as the rhythm slows and the instrumentation once again fades away to more evocative and bare vocals. Each song refuses to loop around on itself and follow the song structure the listener expects. Every feeling is quickly interrupted by the music disappearing , and leaving James Fauntleroy singing alone.

“Christmas Lights” is the first and only song on here to really introduce the listener to the instrumentation before any vocals. The verses follow a scattered drum beat and smooth melody that all come together to create a fantastic perfect cadence in the chorus.

This part of the song has a wonderful dream pop guitar that reverberates in the background and shimmers between the voices, an instrumental highlight of the record. As far as Christmas themed songs go, it manages to avoid being a cliché love song by being presented in the same smoky, ethereal format as the project’s other songs.

With just five short songs, James Fauntleroy manages to display his incredible song writing ability, not just with his beautiful melodies and harmonies, but with a real understanding of arrangements. The record repeatedly finds ways to create and release tension, surfing across vocal echoes and diving into deep, swaying grooves.

No section of music ever outstays its welcome, on the contrary, you often find yourself wishing some of the harmonies would stay around a little longer. The words of love and longing are a superb fit and help to amplify the moods of each song. It may only be five tracks long, and have entire song sections lacking instrumentation, but that serves to show the true depth of musical ability demonstrated on this short project.