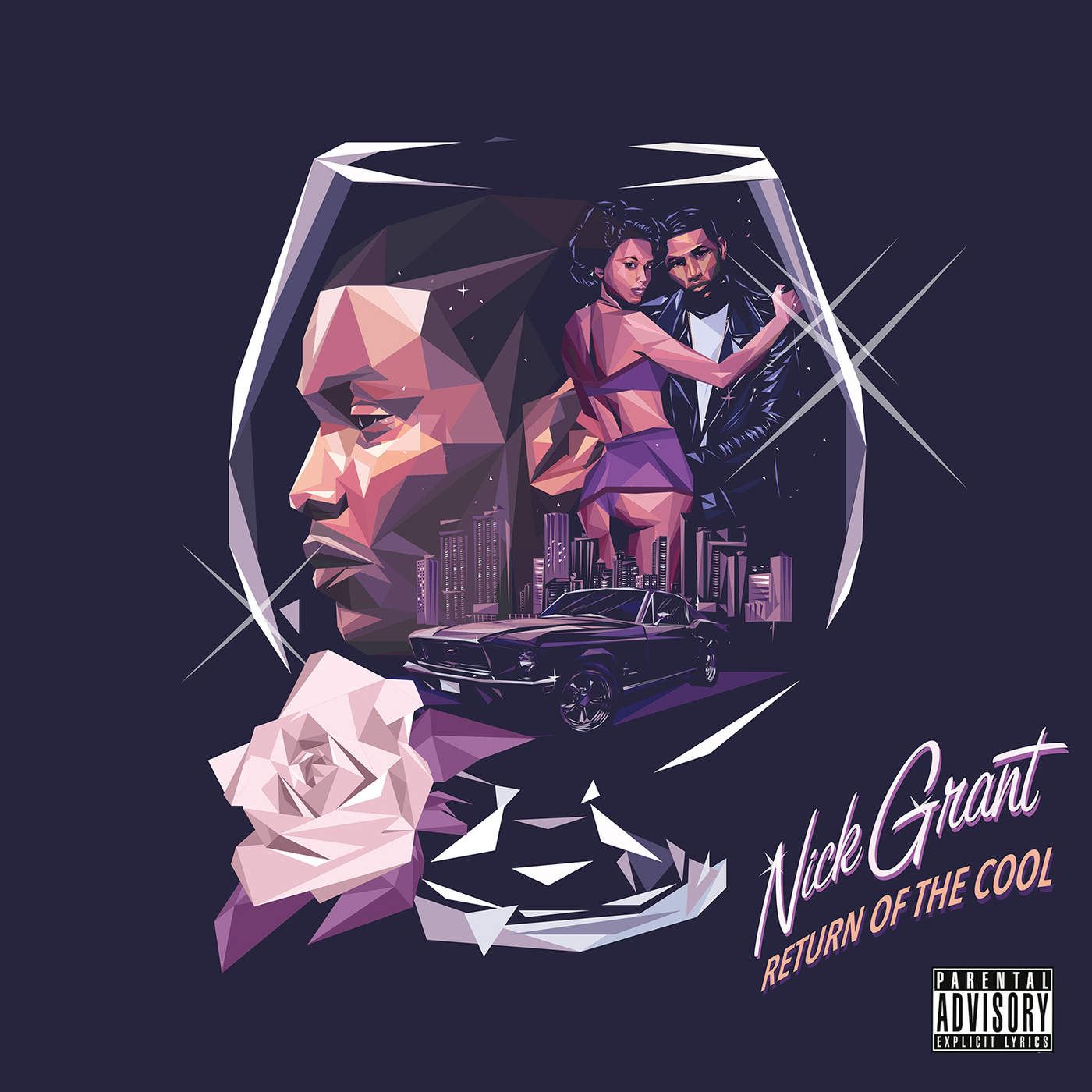 Nick Grant is a rapper from Walterboro, South Carolina. His debut album, Return Of The Cool, released last Saturday, on January 14.

Hot off of last year’s ’88 mixtape, Grant comes through right at the start of 2017 with his first album release. A self-confessed follower of the old school hip-hop guard, Nick Grant demonstrates his love of wordplay, his ear for smooth beats and displays his various influences throughout the album.

Although the idea of “real hip-hop” versus “mumble-rap” is a bit of silly conversation (with the nuance being that there is plenty of good music from both sides), it is still refreshing to hear someone experiment with a sound that isn’t particularly popular right now.

Nick Grant channels the styles of several southern rappers, with a little bit of old school east coast flavour on top for good measure. Sometimes he flies a little too close to the edge and fails to stand out because there’s not enough him in it, but when he steps away from trying too hard to always try out different sounds, he demonstrates a real ability with words.

Much of the album is led by smooth, jazz-funk beats that create a beautiful framework for Nick Grant to go to work in. “Sometimes”, “Drug Lord Couture” and “PPIPP” all demonstrate a sound that seems to work best for him; deep, sparse and funky percussion with ultra-cool guitar riffs and walking basslines. It’s a very stylish look and it really suits his freestyle rapping background.

There are also a lot of attempts to write a commercial hit in several different styles. Some of these are quite decent tracks unto themselves, while others feel a little bit too untrue to his style. “Get Up” is a radio worthy flip of the regularly sampled “Greedy G”, by Brentford All Stars, (a cover of James Brown’s “Get On The Good Foot”).

“Bouncin’” is a rare example of Nick Grant trying to sound contemporary, and its results are mixed. On its own, the song may simply seem like one of many “Drake-type-beats” (plenty of which are hugely popular), but in the confines of the album it doesn’t make much sense. Thankfully, the album quickly gets back on track with “All Of You”, a low key RnB track with a charming hook by Bhess.

There are some songs that are harder to put their finger on, such as “The Sing Along”. The verses follow a snapping but understated break where Nick Grant raps that he is “numb to the fame, never succumb to corporate ties”.

The hook is a sweet and soulful gospel inspired melody sung by Ricco Barrino. Throughout the album, Nick Grant’s many influences are usually quite obvious (Big K.R.I.T, Andre 3000 and Nas, to name a few), but on this track the style feels quite fresh and new.

The album’s title song, “Return Of The Cool”, once again shows his strengths. He has such clarity in his voice that these sort of stripped back beats allow him to find his comfort zone. When not competing with an overly distracting break, you begin to notice clever little details to seemingly innocuous and meaningless bars.

“Ten fold, give po-po no info/Clean up nice, get fresh like Mento’s” is a great example of how his freestyle rap background has enabled him to play with complex rhyme schemes.

“Luxury Vintage Rap” is another radio-friendly beat but one that he really turns up on. The flow he utilises on this track is biting and his old-school roots allow him to really shine on the song. Some of his most impressive lines come in this track, such as when he claims “Run Simmons leathers the MC never lost/I’m cut from Biggie’s Coogi sweater cloth”.

It’s quite obvious why this track was released as a single when you hear how well he has combined the pop sensibilites of the beat with his own intricate and intelligent wordplay.

Nick Grant hasn’t written a perfect record, but what he has done is laid down some foundations to show people what he is capable of. He cruises through more commercial beats with a finesse that could turn the heads of the most underground listeners.

He shows his strengths on hazy, jazz room instrumentals that create real atmosphere. He even channels tries out a bit of Anderson .Paak style on the BJ The Chicago Kid supported, “Gotta Be More”, something that hardly anyone in the world of rap seems be interested in trying to attempt.

Despite some lagging moments, the album is full of great songs and interesting ideas, and is a really positive statement from the up and coming rapper of his intent to stay true to his own influences, while not being completely ignorant of the contemporary sphere. It’s enough to intrigue us about where he will head in the future. For 2017, Nick Grant is definitely one to watch.

Return Of The Cool is available now on all streaming services.