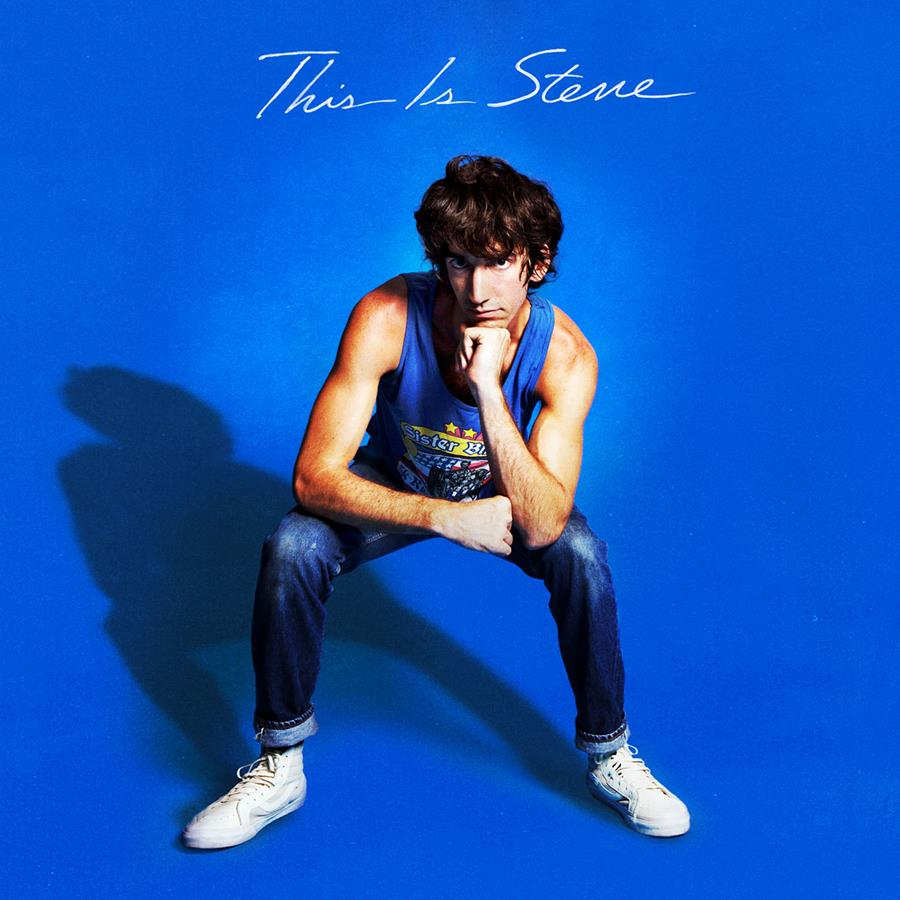 Today (January 27) sees New Jersey’s Delicate Steve with new album, This Is Steve. There has also been a music video for album track, “Winners”. He produced and played all the instruments on it, too. The music consuming public has known Delicate Steve, real name Steve Marion, since back in about 2011.

Renowned artists such as David Byrne, Dirty Projectors, tUnE-yArDs, Mac DeMarco, Dr. Dog, Lee Ranaldo and Built To Spill have all recognised Steve’s talents. Apparently, he’s more or less the only guitarist who has put out work with Sondre Lerche, plus Zach Hill of Death Grip.

He was also selected to open a sold out North American tour for Tame Impala and, perhaps most of all, then provided guitar for the latest Paul Simon album.

This Is Steve, his first new record in four years, and first for the Anti- imprint, is an “articulation of this spirit”. He has an “incredible capacity to write wordless songs that are impossible not to sing along to. He works in no genre, there are no words, but there is never a question as to what he is saying”.

We’re all “Winners” next, which has a bluesy wistfulness to it, guitar weaving sadly its lonesome melody. Bass, again, underpins things, drums no more elaborate than driving. The latter moments seem to have a bit of a swing to them. These closing moments seem to strips things back before almost abruptly ending them.

“Cartoon Rock” is a dirty rocker, bluesy in its origins. Wicked flourishes come before the midpoint, the latter of which seeing the guitar wail passionately. The closing thirty seconds or so drive into key changes before breaking down into a keyboard centric section. Things, again, end abruptly with the comedy, indeed, of cartoon rock.

We’re then in the “Nightlife”, which’s quirkier and weirder, indeed. It grows mournful like a rousing Bob Marley number. The keyboard element renders it Eighties era Genesis. Progressive pop rock reggae? Things descend suddenly, like a cartoon character falling off a cliff, or something. Very comic, you could say.

Come “Tomorrow”, it seems to ring loud and emotional with what sounds like steel guitar. The song then reaches out to new territory, before the guitar, high register, tries to reach highs of its own. There’s some expert blues playing before piano weaves its curious progression. The latter, in conjunction with the bass, sees the song out. That guitar, though, does wail in the picturesque distance.

Is there another McCartney reference in “Help”? It has, though, uncharacteristically low bass, quite prominent. That guitar, though, is as impassioned as ever. That mix of low and high fills out the soundscape nicely. A rumbling, blues rock riff, relatively sedate in its volume, spreads its limbs and takes hold for awhile. The song rallies to a speedy close before ending.

“Swimming” is relatively centred round a frenetic, tight drum beat with the guitar noodling in the background. Bass and rhythm guitar drive the song, whilst other lead guitar whirls its noisy ambience. Things come to an unceremonious conclusion, eerie feedback ringing until things end before you know it. Finishing on a sour note?

You may feel that “Driving” has a certain bleak feel to it, with that piano ringing deep yet epic. Guitar builds and builds as the piano provides the foundation upon which the guitar rings almost with country, rural feel. It definitely has a feel of striving and redemption, things, yes, bleak, but not necessarily insurmountable.

“Together” rattles in with drums not militarily centred but like a rallying cry into battle. These then click on the snare, paring the song’s dynamics back. A breakdown of sorts rears its head, twanging guitar aided with the bass of deep piano keys. Ringing keyboard dances above all, slightly distorted for extra bite.

This Is Steve ends things with title track, “This Is Steve”. It has grand piano opening it, sounding almost wobbly as if recorded on now scratched vinyl or worn out cassette. Is this Steve declaring his love for all things retro, certainly his sound seems to, at least, partly indicate this? The guitar seems like an extension of, maybe, his passionate soul. Not so much what he plays, but how he plays it.

Looking back, highlights of the album are “Cartoon Rock”, “Nightlife”, “Tomorrow”, “Driving” and “This Is Steve”. This is half of the entire output on the project, so a good return. There’s also a good spread of the album in these selections. You have from early to mid, and mid to late and end in terms of throughout the duration.

First up, “Cartoon Rock”, has that dirty, gritty rock riff feel to it. The guitar wailing passionately is another plus point. Key changes help shift the song elsewhere, really reaching out to explore new territories. Ending abruptly with the comedy, indeed, of a cartoon, it certainly suits its given song title, you could argue.

This then links quite well with “Nightlife”, which also seems to end, descending riff, in comical fashion. Arguably quirkier and weirder. Seeming Bob Marley aspects, plus the keyboard element rendering it Eighties era Genesis, makes an intriguing smorgasbord of influences. Progressive pop rock reggae, you could venture.

“Tomorrow” is also curious with what seems like steel guitar. Even the song title seems to relate to the previous, with time being the theme. From the nightlife of yesterday, to the dawn of tomorrow. Again, an expansive sound’s sought in the progressive stakes. The guitar, latterly, wails in the picturesque distance, immersive like a good book.

Skip a few tracks, and here comes “Driving”. Again, the song title seems to relate to the previous, “Swimming”. Both are nouns and the act of doing something, whether behind the wheel or in the water. Anyway, the track concerned has a certain bleak feel to it, with that piano ringing deep yet epic. When that country, rural feel comes, it paints many a picture. Bleak, hard labour out in the sticks, achieving by striving?

Title track and closer, “This Is Steve”, is last up. Almost wobbly piano, as if recorded on now scratched vinyl or worn out cassette, is peculiar and catches the ear. To this reviewer it seems this is a nod to the musical old school, declaring Steve’s undying love, perhaps, for the classic rock genre. Certainly, it seems to inform his guitar playing. Very emotive, very expressive, very, perhaps, blues.

If you were to look elsewhere and appreciate other surroundings, look at the Paul McCartney esque basslines in “Animals”, very rounded and, slightly, bouncy. Then, tracing your eye, you might land upon “Help”. Is this a reference to The Beatles? Certainly, how many of the tracks seem to link together, whether thematically, through song title, both or otherwise, is maybe more than coincidence.

Delicate Steve, without lyrics, manages to paint, nevertheless, pictures, sonically, with no need for words. He’s also a more than capable guitarist. One key thing in his armoury is his emotive, blues lead playing. These, sometimes tearful licks are like lyrics in themselves. Delicate Steve’s This Is Steve can be bought on iTunes here.