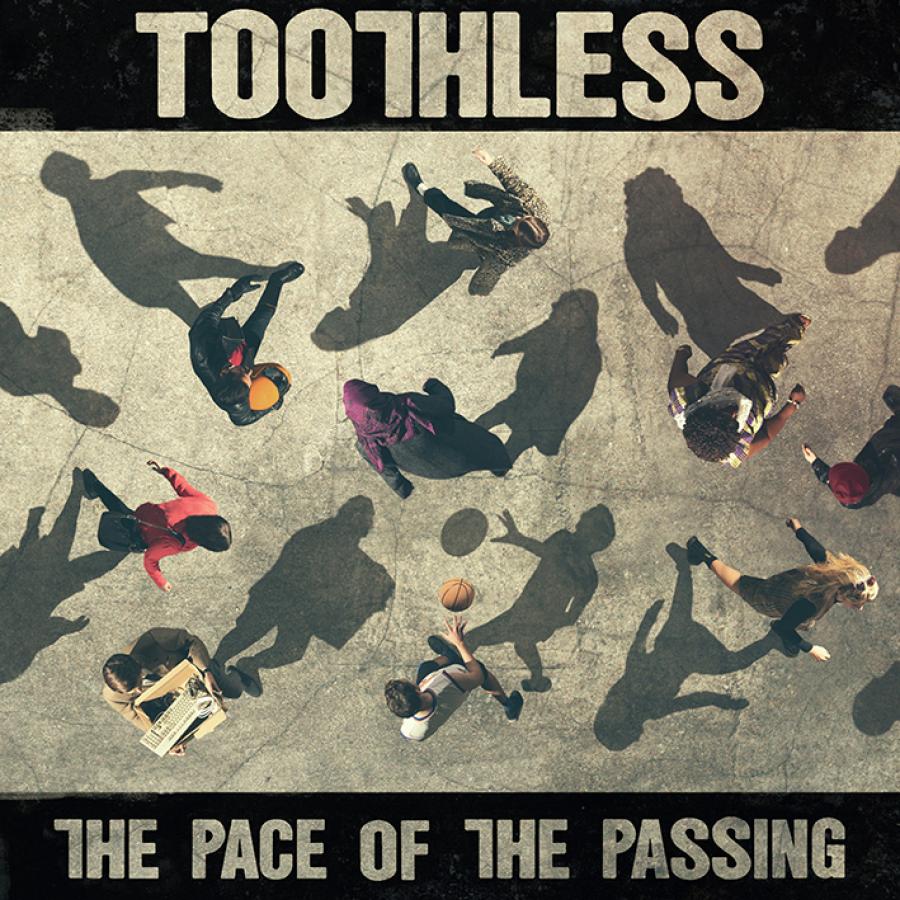 In a recent interview, Ed Nash of Bombay Bicycle Club said something that reminded me of a lament I’d heard years ago, in my pop-punk fangirling yesteryears. On Good Charlotte’s The Young And Hopeless CD extra, Paul Thomas declares “I’m just the bass player… nobody has a crush on the bass player“.

Fifteen years later, Nash tells NME: “No-one expects anything of the bass player“. It seems that part of the joy to be gleaned from the indie rocker’s new side project is in surprising these naysayers.

Bombay Bicycle Club (BBC) announced a vague kind of hiatus in 2016 and left an electronica-infused indie void in their wake. A year later, Nash steps into the spotlight as Toothless, a name he chose because “no one thinks a bass player will do anything with any bite“.

So, how hard does this record bite? Certainly, The Pace of the Passing showcases this bass player’s great talent in realms far beyond his primary instrument. But a step into the unknown, it is not. Whether that matters is up for debate.

What jumps out about The Pace of the Passing as being similar to BBC is that slick, infectious quality achieved in the arrangement. Nash’s careful crafting of hooks and phrases results in tunes that are instantly familiar, yet fresh. Loops thrum stoically throughout songs, textures are weaved around to compliment, syncopated countermelodies colour and build.

Insistent pulsing basslines, synth strings, samples, layered vocals, all interlock perfectly. Phrases are sewn together strategically so dark brooding moments are interspersed with blasts of light, and then back again to darkness.

For instance, on “Sisyphus“, the introductory three-note chime loop plays solo for a bit, leaving you trying to anticipate how the music will fit around it. Looping a syncopated or off-beat phrase solo means that when the music comes in, its rhythm is a total surprise; quirks like this – things that fool and thrill you – characterise this album.

There are certain aspects of this record that set it very much apart from BBC. For one thing, Nash’s breathy, dreamy vocal fits into – and creates – a totally different sound palette to the odd croon of BBC frontman Jack Steadman. Whilst Smith’s vocal is more forward-placed and central in the mix, Nash’s behaves like a synth that supports textures around it, which blend harmoniously together creating sound-worlds unique to themselves.

Thematically, this record ranges from the real and relatable (exes etc.) to the mythical (Greek, specifically). Regarding the latter, “The Midas Touch” namedrops that great Greek king who turned everything he touched to gold; meanwhile, “Sisyphus” updates a Greek tale about a man who is condemned to a life of pushing a stone up a hill, over and over (“as you reach midday/I’ll have to watch you roll away“).

This theme of circularity is also reflected in the lyrics for stern indie stomper “Alright Alright Alright” (“what goes around I am sure will come back around“). It seems that Nash channels this myth to reflect repetition in life – relationships with people with tendencies and habits that loop and recur.

Less lofty concepts on the record characterise tunes that deal with romance outright. “Party For Two” seems to be about rekindling an old flame (“I’ll leave the door open for us to renew/No space for another, a party for two“) whilst bright-yet-bittersweet “Palm’s Backside” seems to be an ode to an ex who knows the protagonist like the back of his hand but from whom he is now moving on to “find a new heart“.

Things take a turn for the sinister in “You Thought I Was Your Friend” whereby the dark lyrics (“I wanna hurt you“) are made all the more ominous by the sheer cheeriness of the song. The incongruence between the happy music and the message conveyed is a bit like that scene in Reservoir Dogs where the nonchalant 70’s plod of “Stuck In The Middle With You” soundtracks a scene where a character is tortured by having their ear hacked off (in the best way).

Highlights of the record include the moody gorgeousness of “Terra” and the hooky beauty of “The Sirens“, which features a collaboration with folk-rock band The Staves. The Staves’ sonorant vocals shine over the shadowy, brooding timbres of throbbing bass, clacking drums and Nash’s own voice in the same way Rae Morris’s voice shines over BBC tracks such as “Luna”, “Overdone” and “So Long, See You Tomorrow”.

Other collaborations on the album include Tom Fleming of Wild Beasts who lends his dulcet tones to “The Midas Touch” and Marika Hackman, who takes a Lucy-Rose-with-Bombay-Bicycle-Club-esque role adding folky prettiness to “Palm’s Backside”.

Bombay Bicycle Club comparisons aside, Toothless makes his mark with this solo debut, not innovating but deftly updating the musical style of his previous project, and proving he has oodles of bite for ‘just a bass player’ (take note, Paul Thomas). The Pace Of The Passing is out now on iTunes here.