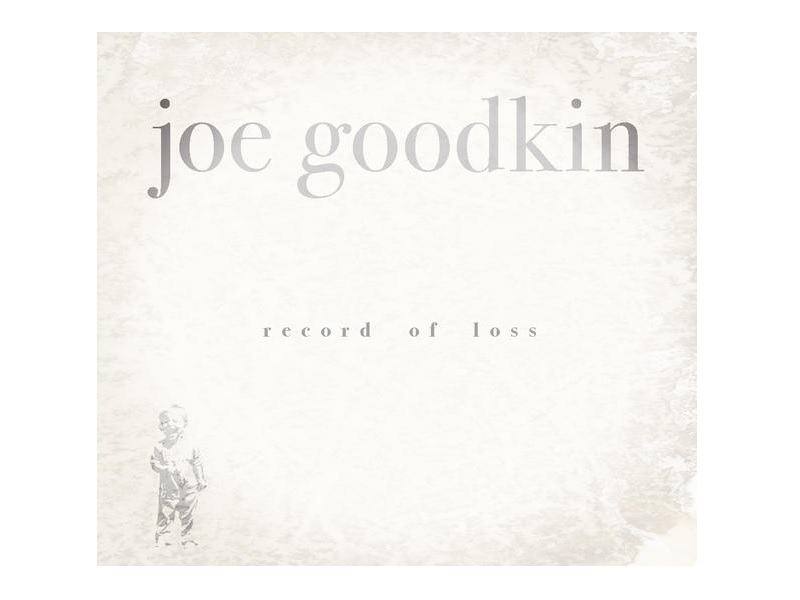 This is his second release as a solo artist proper, having previously worked under the guise of Paper Arrows. The latter, “with a rotating collection of musicians” released, from 2008, five albums in five years. Their music graced hundreds of college radio stations, and even shows such as MTV Real World and, of all programmes, Keeping Up With The Kardashians.

In 2010, Joe Goodkin’s musical career “took an unusual turn” when he wrote a thirty-minute adaptation of Homer’s epic poem, The Odyssey, for voice and guitar. He’s toured it in high schools and colleges, clocking over two hundred performances in over thirty states. His solo material aims to bridge a compromise between the more mainstream Paper Arrows and this work with touring Homer’s poem.

This is part of a trinity of EPs, starting with Record Of Life in 2015 and now continuing with today’s Record Of Loss. The last, out summer 2017, will be called Record Of Love.

Record Of Life, the six song EP, is “an extremely personal record—sorrowful, profound, and a reminder of the human condition. It’s a visual record in that his lyrics provoke powerful imagery and have you examining your own life in the process and taking comfort in the fact that you aren’t alone”.

Record Of Loss is “conceived of as the first side of an eventual piece of vinyl… one side is called Record of Loss”, the other side the aforementioned Record Of Love. Thus completing a trilogy along with Record Of Life.

With Record Of Loss, Goodkin delves into those topics and feelings even further. He covers a whole gamut of issues and emotions: death, love, euthanasia, abortion, suicide, illness, family. His choice of words, contrary to most musicians, is totally unique, too.

The EP has only just begun, and already there’s “Nothing To Lose”. It rings in ponderous and hopeful, happy yet sedate. “Stumble around my kitchen as if I live alone” maybe encapsulating that. An emphatic chord rings out before the songs strips back, the delivery more impassioned.

Trippy effects shoot off in an upward direction, as if watching a flying saucer racing away from a rural farmhouse. “The pastor said a quiet prayer and his suffering came to an end” maybe confirming something supernatural or, rather, not of this world. The lines of “we all just disappear” are cried out in the song’s dying moments. Abduction?

You’ve only one song under your belt and you’re told, quite confrontationally, to “Never Come Back”; which’s sombre, guitar slightly sliding and ringing. It’s a very earnest effort, quoting his dad’s own words, “you never know someone might walk out of your life and never come back”. Lines like “tears all round” confirm that sombre feeling. Somehow it seems to seek happiness in melancholy.

Then there’s the first tale of two people in “Charlie And Roger”. This rings in with feedback, strums of guitar impassioned. “I wish I knew him better than I did, the memories I have are mostly of after he got sick” displaying real regret.

With subsequent lines, “I was too young to understand loss is a wheel that keeps turning and turning long after you heal”, you’re left under no illusion what’s being dealt with. Putting a philosophical spin on things, arguably. A ringing feedback ridden solo wails emotively and with wild abandon. Almost atonal, but you feel it on a guttural level, still. The chord changes are swift and fluid, like the wheel of life.

Now comes the second tale of two people in “Sarah And Julie”; which, though sad, has a guitar lick very much celebratory of the triumph in spite of adversity. When saying “…doing okay, I guess a lot of us are, but most days we complain” you know it’s about counting your blessings.

Things strip back subsequently, as if to literally take stock and forget there’s a song to be sung and a guitar to be played. You hear “days turn to dust…we all turn to dust” a perfect ending, into the ether then into the ethereal.

Then the final tale of two people comes in the form of “Eric And Gina”; which’s melodically beautiful, the vocal riding the crest of the plucked, gentle riff. “She couldn’t say the words, he died…she would use the phrase, he left” illuminating that issue of dressing up things or avoiding them. Then “…and so a lifetime worth of plans became a year of paperwork” puts things in stark perspective. A pulsing, percussive feedback rings out to the end.

Things draw to a close in “For The Loss”, and it opens funereal, “I’ve been trying to sing this song for fifteen years”, like a eulogy at, indeed, a funeral. Trying to verbalise your innermost feelings, and struggling immensely with it.

Clanging strum very much like that feel in the pit of your gut when you try to move forward and you only fall down. Then you hear that “…things turned out okay”, as if to say that, well, it was a struggle yet we still made it through to the other end.

Particular highlights are “Never Come Back” and “Eric And Gina”. This is two very good tracks amidst others that aren’t too bad themselves. This total duration of six tracks makes for almost perfect symmetry, for both highlights are second and second last on the track listing. Between the very start and the middle, to between the very end and the middle. Perfectly placed and sequenced.

“Never Come Back”, quoting his dad’s own words, “you never know someone might walk out of your life and never come back”, really gives you in intimate insight into his family life. You’re not even on the outside looking in, you’ve got a seat on the couch where it happening. Lines like “tears all round” almost leave you emotionally invested within a family you’ve never physically met.

Then “Eric And Gina”. This reviewer pictured vocals riding gentle seas, the riff, and floating on top of them as they peak and trough. “She couldn’t say the words, he died…she would use the phrase, he left” really conveys the shutters coming down when relationships within family are tested. “…and so a lifetime worth of plans became a year of paperwork” really sums, perhaps, the realities of death.

Joe Goodkin has delivered a rather intimate and uniquely executed EP. The lyrics are never short of the deeply thoughtful and, given the life he’s lead and the people he’s met, it seems to possess many nuggets of hard fought wisdom. You’d think vocals and musicianship would maybe pale in comparison, but they, too, are good. Joe Goodkin’s Record Of Loss EP can be purchased on iTunes, here.