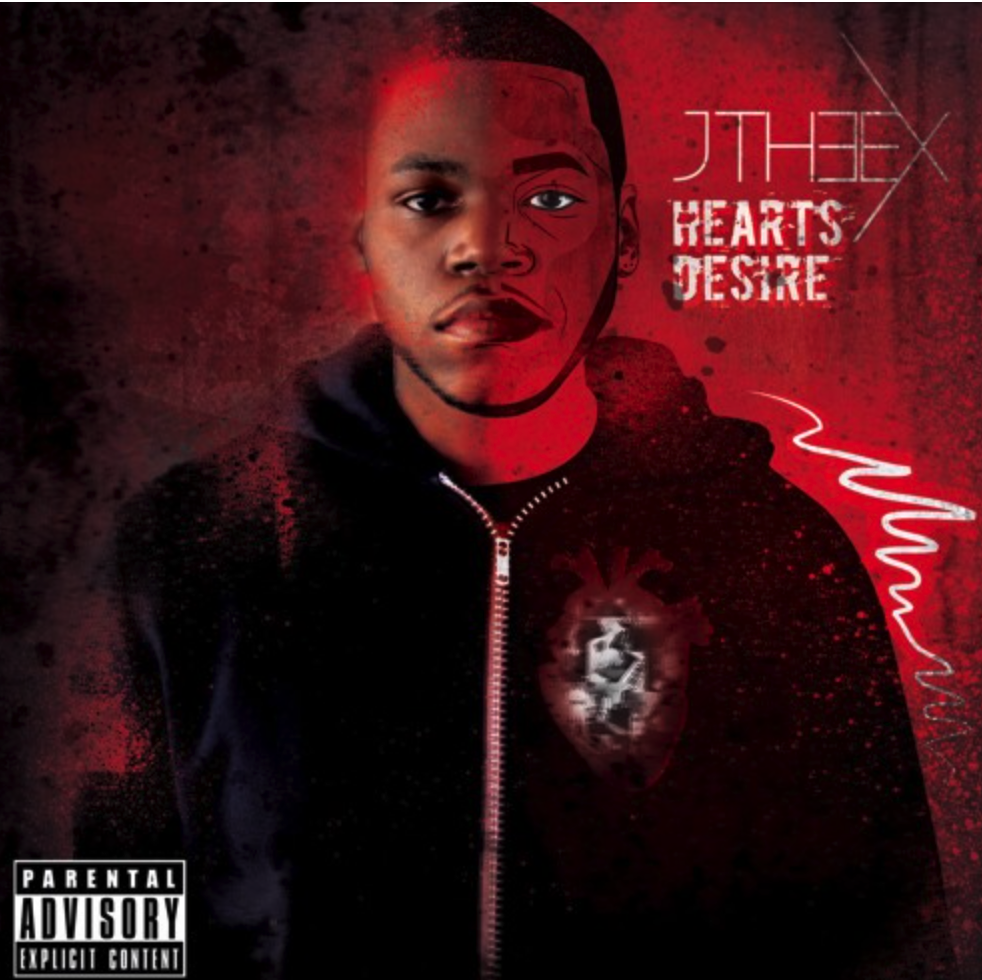 J The Exodus says, “This project represents an insight into some of my thoughts. Touching on my perspective from a socio-political standpoint, my musical frustrations, and my passions, while still having some fun and showing my rap skills on a couple of verses. All in all, the overarching message behind the project is about following one’s passion whatever that may be”.

Production comes from Chemo, aka Telemachus (“Fall From Grace”, “Beast Mode”); DemDrums (“Still Waters Run Deep”, “Heart’s Desire”); Ayalogu (“Side By Side”); The Reciprocist (“Lost In The Stars”) and Mindstate (“Hand’s Up”).

“Fall From Grace” opens proceedings with a cacophony of crowded fanfare and ringing church organ. Does the latter element hint at funeral procession? “Now it’s time to cry” suggests so. Regimented snare rolls further the urgency and seriousness of the piece.

The track really rails against inequality, with a swell of backing vocal like the wings of those no longer clipped and held back: “There’s only two things white supremacy respects. It’s the loss of life and the loss of finance”. Maybe this is more in line with classic Malcolm X, rather than Martin Luther King?

Then “Still Waters Run Deep”, featuring AKS. It has the curious, “searching for the key so I can open all the doors…but I’m the locksmith”. Curious in that a theme carries on from many lines prior, a level of concentration alien to many just uttering words for the sake of flow.

It’s definitely more upbeat than the previous, striving toward that happy ending instead of inciting insurrection. “From the council estates to the plateaus of the elite” is cutting class comment that could only ever come from the mouth of a British rapper.

Battle track and lead single, “Beast Mode”, starts with the preamble of a boxing match, a lyrical fight to the knockout. Haymakers, jabs, the song features a variety of battle rap stances: “Beast mode/Left, right, hook then I reload”. The drum moodily rattles and claps, poised like the coiling snake ready to snap attack. Muhammad Ali suitably sees the track out.

Title track, “Heart’s Desire”, is moody and brooding. The beat almost rings industrial, hitting like that emphatic tick of Big Ben. There’s something relentless about it, like time’s speeded up and you’re soon to die. “Just follow your heart’s desire is on fire/And you can build your own empire” is repeated like a mantra before an even more hectic backdrop ensues.

The swelling of emotion takes it yet elsewhere, lines like, “We all need guidance, self-defence is real/But you can talk about things other than violence” fitting majestically.

“Side By Side”, featuring Julie Iwheta, is ponderous, urgent and immediate. Ancient Mayan theories are pondered, like in, “Losing my religion/All these material things got me trapped like prison”. The hook of, “It’s our time, now…we will fight, we will fight, we will fight” really implores for the elevation of all minds. Another monologue heralds the track’s end, striving and knowledge.

The thoughtful “Lost In The Stars” has a tinkling piano backdrop suitably fool of wonder, as if looking to the sky and asking why. The emphatic line of, “Perfecting my craft/Mind over matter, light in the dark”, is as illuminating as the starry night sky. Aforementioned piano really breaks out, symbolic of those unclipped wings mentioned previously in “Fall From Grace”.  A bird falling from a tree, now relearning how to take flight?

“Hand’s Up”, featuring YJ, ends the EP on another piano lead note. This, however, though not totally bleak, conveys more striving towards a said goal than actually having already achieved it. Despite the mostly British essence of the whole project, this one evokes jazzy, inner city New York in its Nineties pomp.

Perhaps the best way to indicate the strength of this EP would be to merely highlight those which this reviewer didn’t think quite made the grade. These come in the form of only two tracks, that of “Beast Mode” and “Hand’s Up”. It’s not so much they’re bad as such rather that, stylistically, they’re maybe a bit out of place.

As already said, “Beast Mode” is a battle track, one perhaps not as philosophical and thoughtful as most of the rest. It’s clever in a braggadocio sort of way and, you could maybe venture, at least proves an element of diversity in his style. This diversity, however, you could say, prevents a more uniform solidified sound throughout the project.

Furthermore, when looking at “Hand’s Up” this reviewer would go as far as to say that, hand on heart, the track’s a victim of some terrible crime when omitted from the project’s deemed highlights. What I mean by this is that, on the whole, it’s a very good track, but placed against the majority of the others it’s a bit out of place. American influences run right through the EP, but in this instance it isn’t as subtle.

Having said that, it does offer continuity in that it closes proceedings on another piano lead note. This, of course, follows on from previous track, “Lost In The Stars”, and its tinkling piano. You could ponder its indicative of the two English speaking peoples both talking piano, if you like. Other than that each respective backdrop doesn’t have much else in common with the other. Two entirely different cultures from across the pond?

J The Exodus, on the whole, has dished up an excellent effort. Even when it’s pegged down a song or two from almost classic status, it at least proves an element of diversity in both its lyrical and musical content. Latter track, “Hand’s Up”, wouldn’t feel far from home as a very, indeed, good album track on the album of a New York rap titan. J The Exodus’ Heart’s Desire EP can be purchased on iTunes, here.