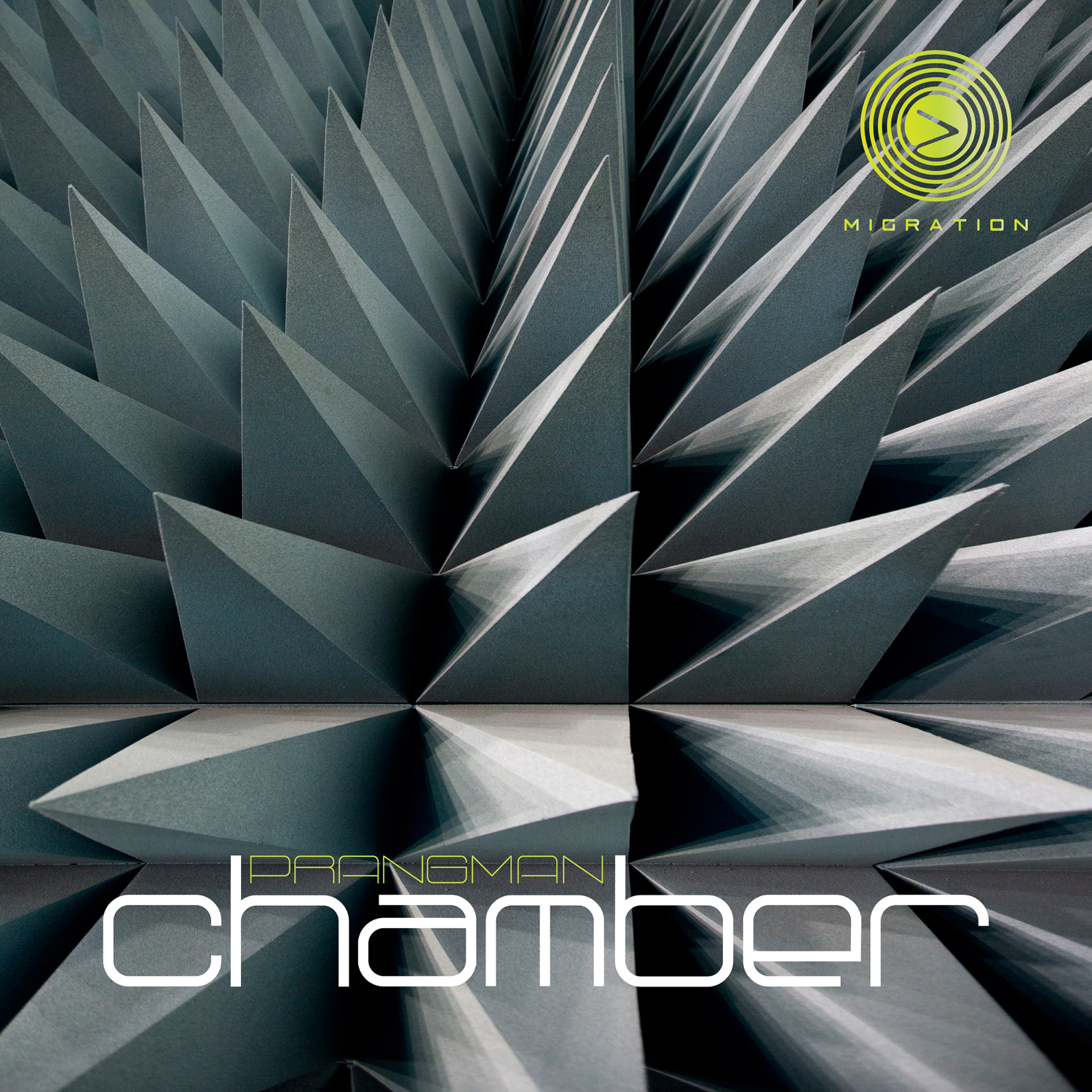 Chamber is the new EP from electronic producer, Prangman, released this Wednesday (February 15) via Migration Records (sub-label of NexGen Music).

Hailing originally from Newcastle upon Tyne, he grew up assisting with DJing at his father’s pub, moving on to his own material at the age of thirteen, producing and DJing hard house, trance, house, progressive house, tech house, breakbeat and drum and bass.

While studying Music Technology at Leicester’s DMU, he met producers and artists and was influenced by the new genre of dubstep in 2005. His first major studio collaboration was with Lyndsey Murray on “Far Away” in 2011.

Regarding the Chamber EP, he says: “I use brands, objects or places to influence my decision on track titles, this can help me direct the sound of the track or the choose samples required. I like to fuse genres together to make a whole new unique sound. I guess it all stems from the Drum & Bass days. I’ve always been a massive drum and bass head and love the Neurofunk sub-genre”.

You start “Far Away”, featuring Lyndsey Murray, triggering in with some tense drum. Flourishes ring in and out before the bass rolls in. The beat becomes hypnotic, at one with an almost atonal melody, brisk and cyclical. The vocals almost have a drawl to them, words sometimes indistinct. A refrain strips almost everything back, just intermittent, low key bass and those wavy, sun kissed vocals.

Then the beat kicks back in and normal service resumes. “I witness this feeling, I’m writing home on each and every day/Far away” seems closest to the theme of what the song embodies. She enunciates the song title with a wispy breath, in a way alluring. The vocals almost incur in one a dreamlike sleepiness evident in Murray’s vocals themselves. Low, subtle bass, barely registering, sees out the track.

“Sonics” adds a certain graveness to proceedings, especially with the implored sample on repeat, “Get up”. Is this to raise you from the slumber of what the track previous implored? The beat of the percussion mixes thuds and claps, inspiring in one a feeling of closed doors, slaps around the head and the like.

Disconcerting ringing implies danger, sounds deepen; as does the feeling of baring witness to something on a paranormal scale. A descending whizz maybe implying the landing of a flying saucer? Tense, atmospheric and puzzling.

You enter the “Chamber”, next, and your suspicions are confirmed. Your worst nightmares have been realised. Everything happens so immediately, the urgency, again, disconcerting. The drums are akin to lively jazz. Other effects come in tandem with this, more for the sake of ambience than melodic purpose, as such. The dentist’s drill in the hands of an alien, or something. Unrelenting and brutal.

The journey ends, come the “Kremlin”, which returns attention to things more melodic, though very much descending, nightmarish and very minor of key. What then proceeds is a switch back to atmospherics, before the halfway mark heralds said descending, nightmarish and very minor of key melody, again. Some of it seems very much like electronic whistling, maybe the whirring of space craft, perhaps? Are the Kremlin involved?

Particular highlights are “Far Away”, “Sonics” and “Chamber”. The first, the only one with a prominent and varied vocal throughout, is very hypnotic. It induces a dreamlike state, the way the words are indistinct. She sounds sleepy. “I witness this feeling, I’m writing home on each and every day/Far away” really builds a picture in your head. Is she weary from travel, hence words not so far from slurring? Alluring, in a way.

This links quite well with “Sonics”. The only two words on the whole track, “Get up”, almost implore you out of the dreamlike sleepiness in “Far Away”. Ringing then implies danger. Sounds deepen, as does the feeling of something impending on a paranormal scale. The whizz, maybe a flying saucer, leaves you tense and puzzled. Disconcerting.

Again, the thematic link in “Chamber”. You’re in a room you don’t recognise, the profound sense of imagination brought forth by the sheer will of these frightening atmospherics. The word, disconcerting, rears its head. This time that isn’t metaphorical; it’s rearing of an ugly, inhuman head. The horrific, brutal sounds seem to crescendo with the dentist’s drill. In the hands of an alien.

Prangman relies on building a soundscape, elaborate and imaginative, rather than, necessarily, being strictly melodic. Not only that, but, for the most part, tracks seem to link together thematically, too. Some of it wouldn’t be out of place as part of a score for a film, especially one maybe dealing in the frantic and paranormal, etc. Prangman’s Chamber EP can be purchased, here.