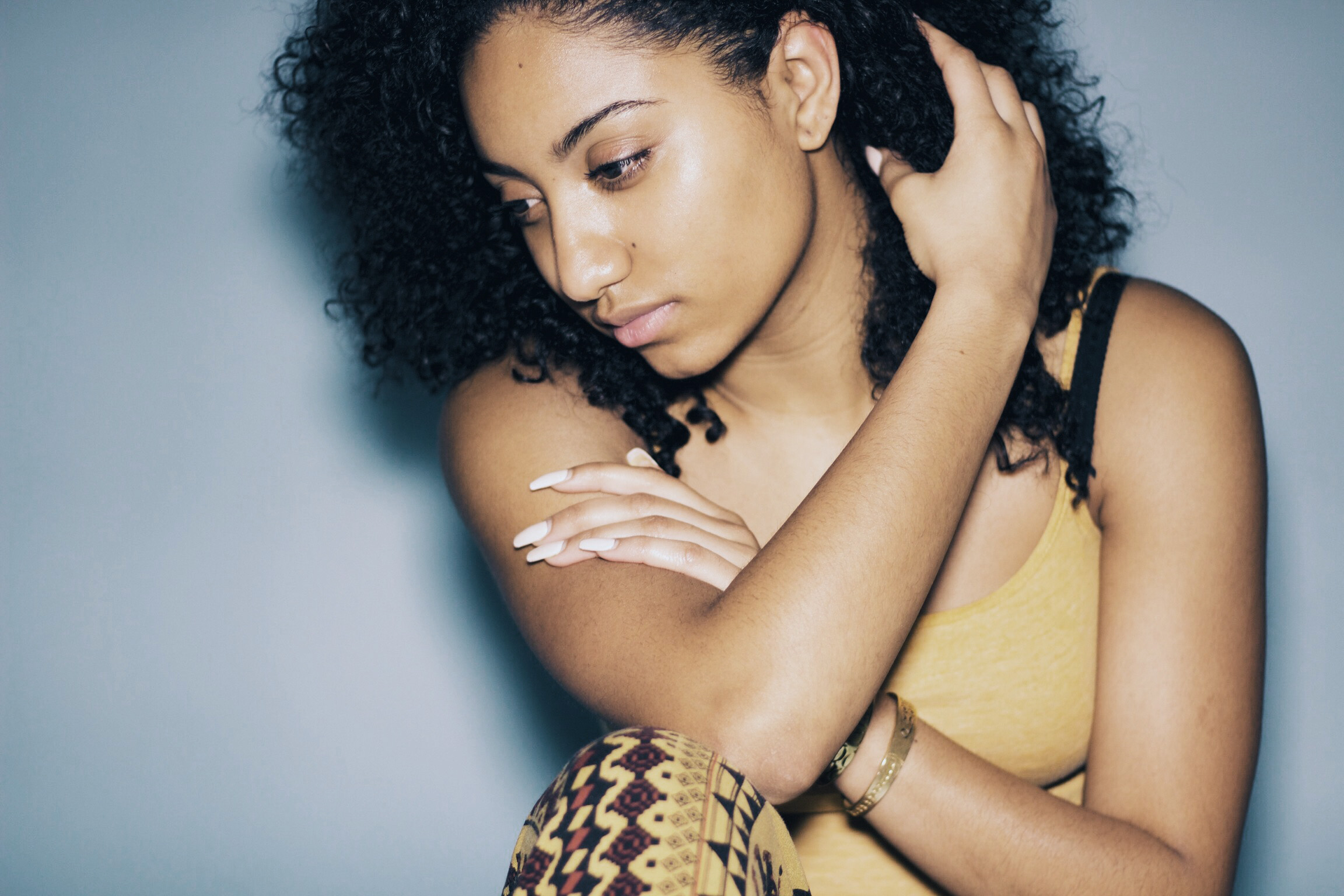 My best friend turned to me, over seven years into our friendship and said “omg, you’re actually half black”. You would think that after seven years of putting up with my face, she would have realised this sooner. I wasn’t surprised however.

With both of my parents spending their early years adventuring the plains of West Africa (Gambia and Sierra Leone), my whole life has been a testament to Gambian culture. From the weekly family parties growing up, to the food and music that have become my most dominant discourse over the years and to anyone who blindly spends time with me; I am an entirely Gambian child. A small country, Kora loving, Benachin eating lady of the west. This is how I saw myself.

This overwhelming, unspoken of, sense of belonging had always felt like one of the biggest contributors to my creative work from the ages of 16-19. I’d spend months at a time writing and performing across the country at black history month events, black lives matter events and even the occasional pan-African event.

Throughout this part of my youth, I had never stopped to smell the roses. The roses, in this case, being an obvious reality to the untrained eye. I am not actually 100% Gambian, or black for that matter.

In a Love Jones type bar, during the winter of 2014, I found myself sharing a stage with a painter who’s role was to illustrate my words, live. Not only was this a cool spin on conventional poetry readings, but I was ecstatic about performing my new poem ‘Kermit’.

This excitement quickly turned into anxiety following my set. 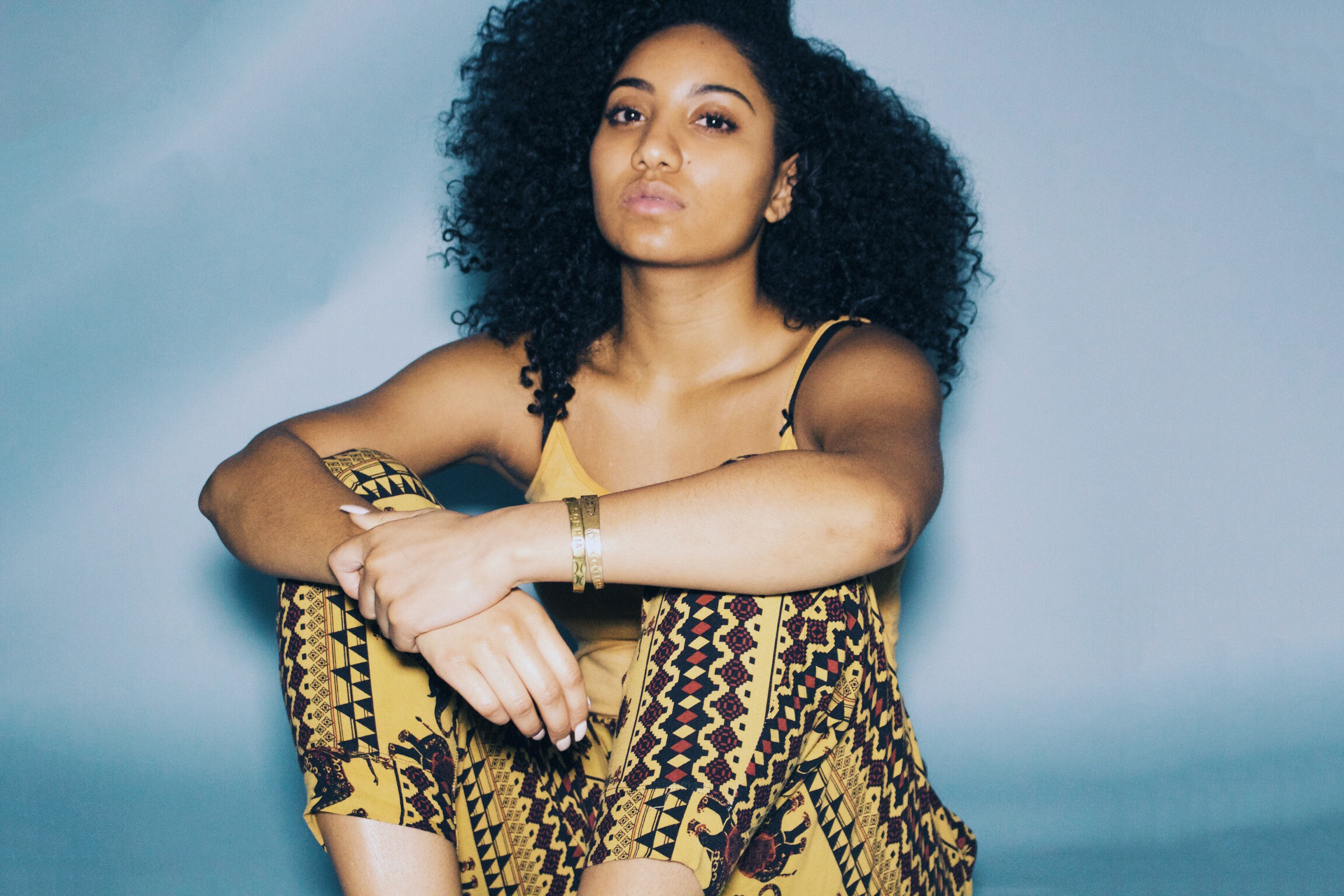 Amidst the crowd, existed a woman. A woman who saw no place for a yellow skinned (I’d say golden, but whatever) poet, within the race debate.

“You know, as a mixed race GIRL, you shouldn’t speak on behalf of black people” were her near exact words. After years of advocating pro-black movements, this was a real shock to the system. Perhaps I was oblivious to the wider opinions on this, but this was the first time I was forced to step back and actually assess whether my cause was really my cause. Am I equipped to fight this battle?

I remember staring into this woman’s face for what felt like two eternities, just waiting for her to further develop her opinion. The opinion that never came. I was left to unpick my message, direction and identity for days to follow. She was right, I wasn’t 100% black, and my poems were generally from the perspective of a black woman.

Was I wrong for this? Was I just as bad as the culture vultures that I so often grew to resent? Was I just as bad as Rachel Dolezals? Typically, I can overthink myself into a frenzy. On this occasion, I thought the best thing to do here was to seek the council of four wise women. My 2nd year housemates.

So often, we sat in the kitchen burning the midnight and morning oil. Discussing everything from the after-life, to Hip-Hop today, to cultural appropriation. From the proverbs of four black women in their twenties, I quickly learnt that feeling black and being black were not the same thing. Yes, we all talk the same talk, and advocate the same messages, but I will never walk into a room and be perceived as a black woman by onlookers, despite how black I may feel.

Upon this realisation, I was actually rather lost. I tried to draw conclusions from Obama’s story; a mixed race black man. From Rosa Parks story, another half Indian, half African-American, and even Eminem’s story at one point. Each only begging the question as to how vigorously I could pursue this cause, before someone else turned around and said that I had no right to do so.

This show was smack bang in the middle of a University Tour that I had organised. With four more stages to imprint on, I needed to make a decision as to whether or not I should continue performing Kermit. I did not want to cause offence or overstep, but at the same time, the issues that I touched on within the poem were so unapologetically real to me, a half Asian half Gambian woman.

To some people, a drop a colour is all you need to be black. Obama, Marley and even Rosa Parks have been testament to this. To others, unless you have had to go through being aware of your blackness every single day, you can not consider yourself black. Enough people live on both sides of the fence for me to have an audience either way. So what now Sophia? 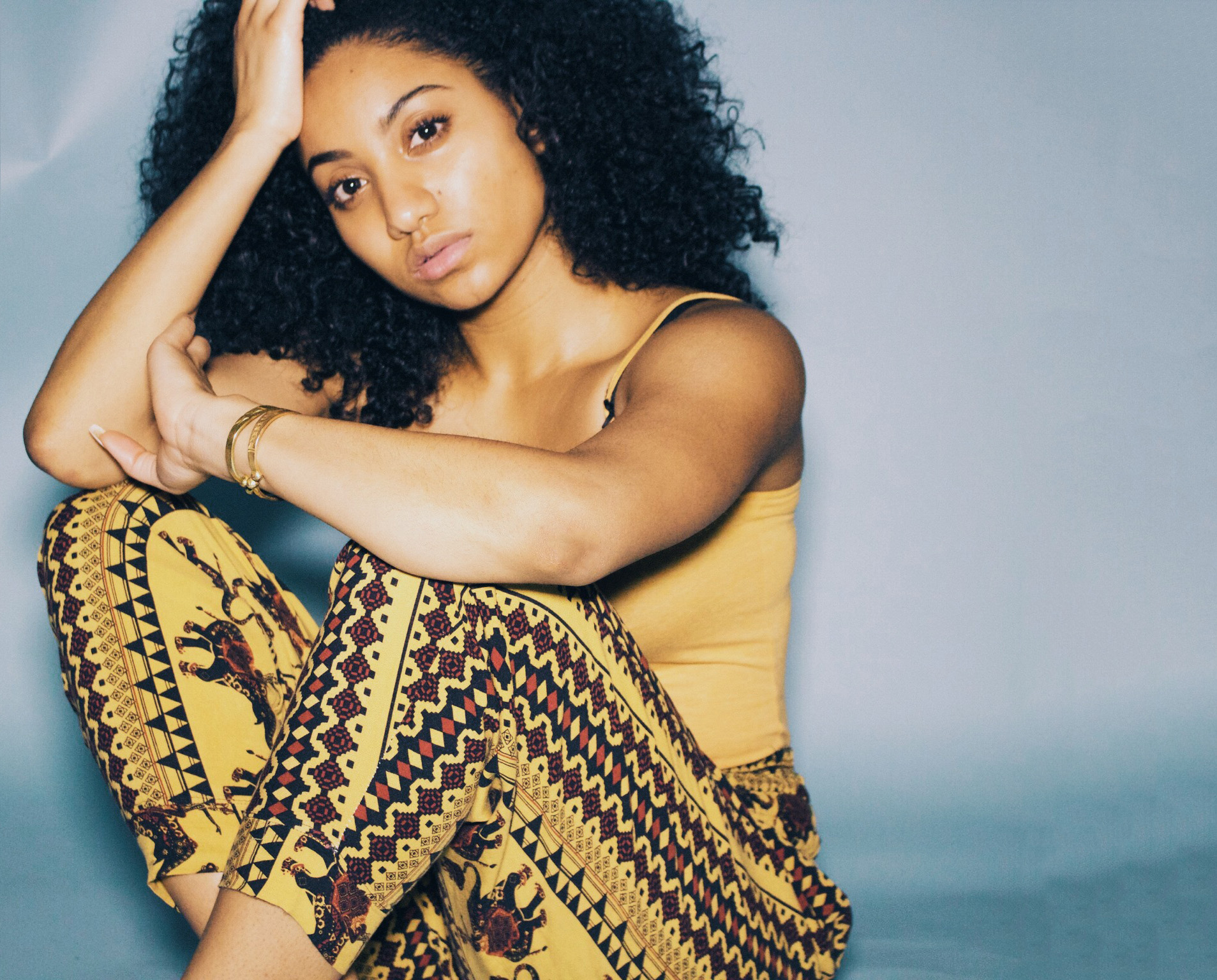 Well in true Sophia fashion, I wrote out all of the questions and answered them to find a conclusion.

What color is your skin?

Brown, color of my soils.

How deep are your roots?

All I’ve known is how to be Gambian in London. All I’ve ever seen when I look in the mirror is a Gambian woman.

Do you love and care for the black man?

Have you fetishized blackness?

It isn’t a trend or sport. It’s an undeniable truth that I not only exist within, but revel in.

Are you thinking progressively when you talk on the black race?

I only want the best for my peopledem (and humanity), and poetry is my means of activism.

Does police brutality weigh in on your heart?

I’ve got brothers man. I’ve got friends and family. Even if I didn’t, killing off black men is not okay. Furthest thing from. This is a humanitarian issue.

Is your intention valid?

This is a message that is real to me. Not transracial real, but ‘I need to see my people win’ real.

Will you continue to perform Kermit?

I feel almost obligated too now.

Will you continue to write poems for the people?

Mmmmhmm, I’ve got sauce to spread. 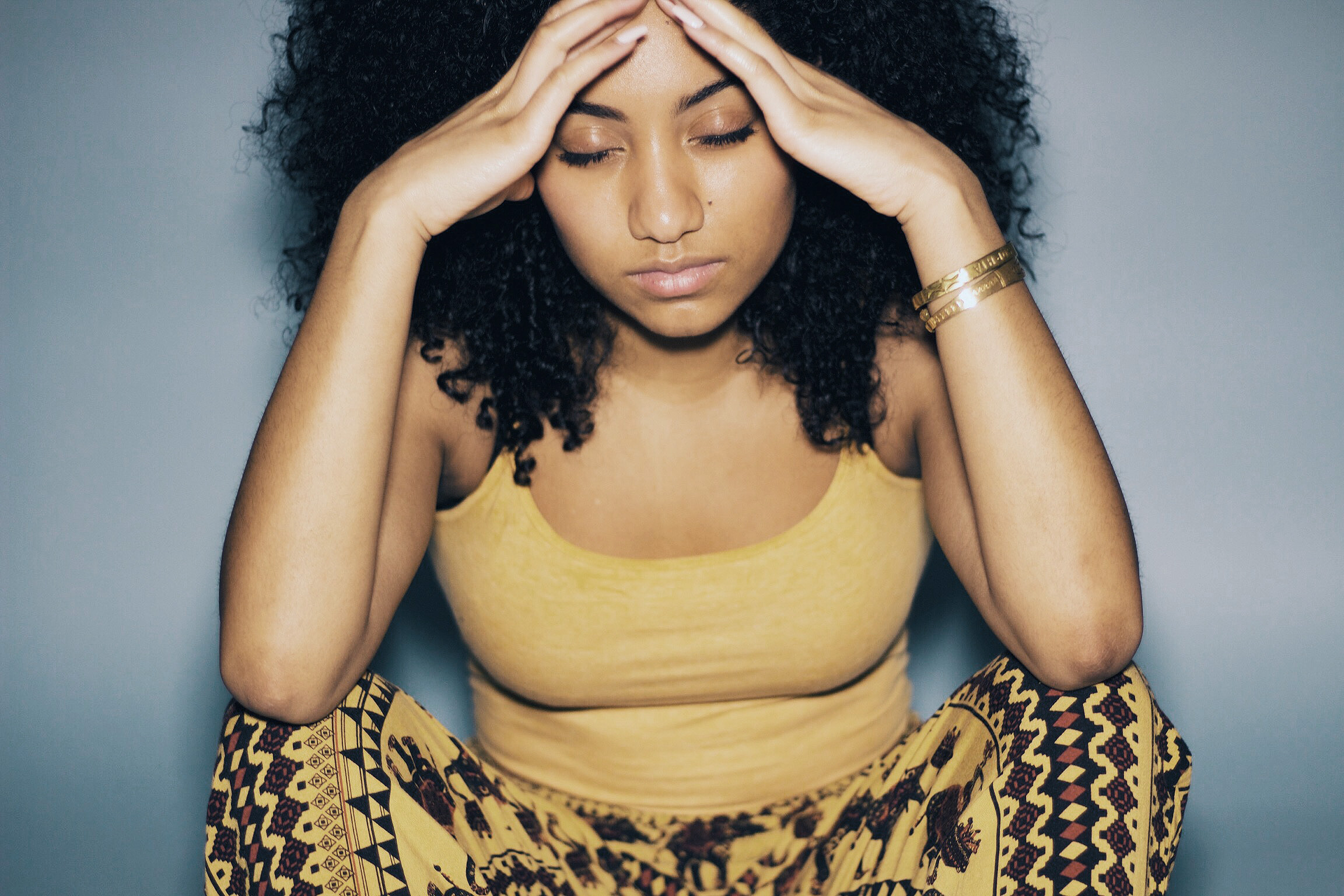 With everything and everyone being scrutinised online these days, it’s become hard to fight some corners. The thin line between cultural appropriation and cultural appreciation has become relatively blurry. With this in mind, perhaps focusing on the bigger picture will at least push everyone in a vaguely similar direction.

There will be casualties on the way, inevitable.

There are problems alive, that are bigger than us all. Systemic racism, institutionalised discrimination, critical race theories and many more problematic discourses that have resulted in the oppression of black people. With pure progressive intentions, and a spoon of sensitivity, may my white, oriental and brown skinned brothers and sisters help inform and breakdown these detriments.

No man is an island, and no battle can be fought alone. To keep the battle within the black race is un-progressive. Even the Indians, in all of their ownership, require everyone’s co-operation to flourish.

To the woman who said that I shouldn’t, I will. I will do so with sensitivity and every bit of mixed race blood within me. The battles is ours because equality is ours.

Sophia Thakur
Whether it's her mysterious charm or ridiculously engaging stage presence, Sophia Thakur can hold an audience, on and off the page. Two Ted Talks and over 300 stages later she has earned the right to be called Spoken Words sweetheart by MTV and Channel 4. Sophia has been touring up and down the country since the tender age of 16, surprising audiences of hundreds of people, and moving an online audience to tears daily. 12,000 subscribers and 800,000 views later, she still strives to write even more openly, even more honestly and even more vulnerably. So whether it's her Hip-Hop inspired storytelling, or enchanting love poems...you'll always find one way on another to connect to Sophia Thakur.

2 comments on “WPGM Commentary: I’m Mixed Race, Can I Speak On Black Issues?”