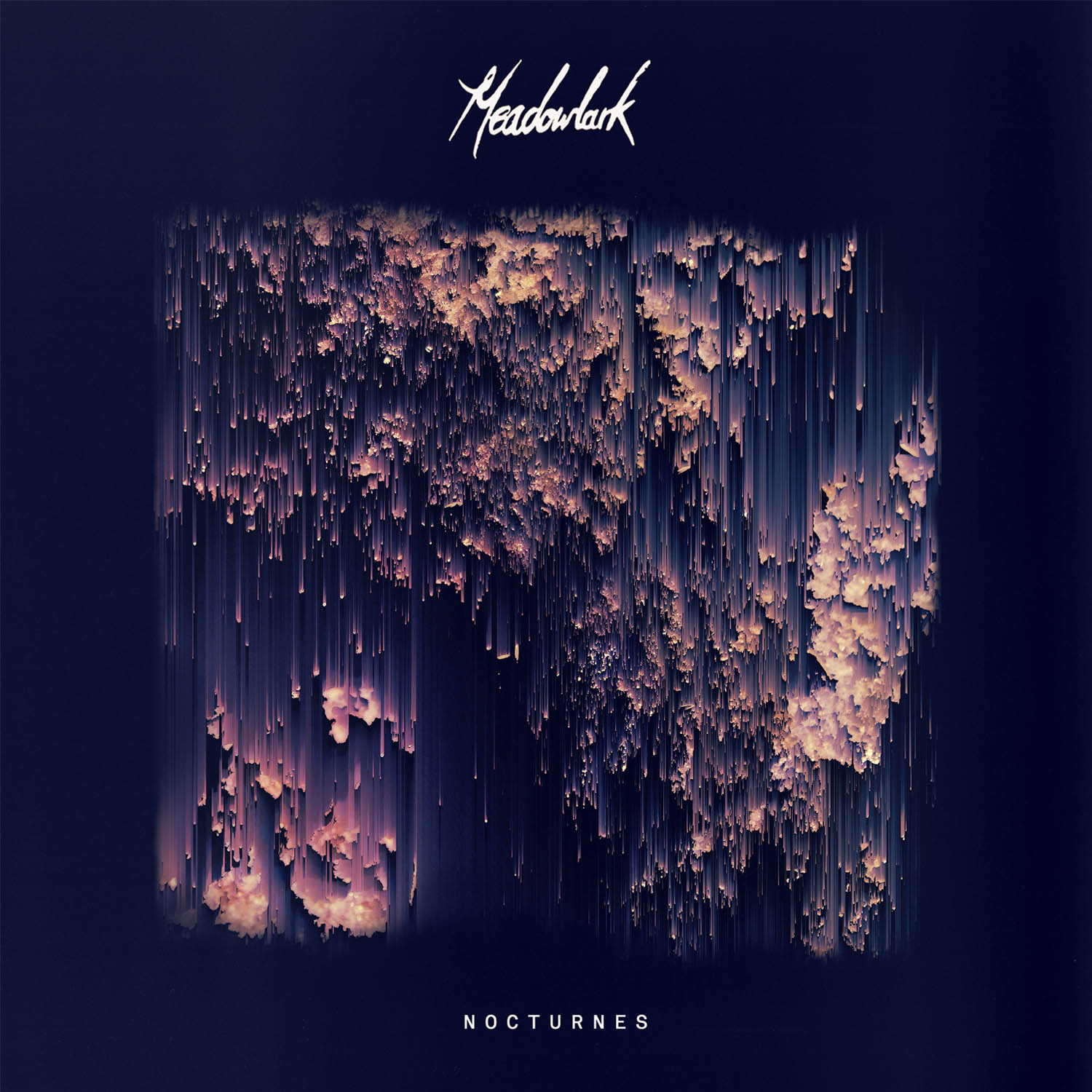 The EP is a collection of cinematic versions of previously released Meadowlark singles as well as a cover in “About You Now”.

The “late night reworks” were recorded with a live string quartet to accompany Meadowlark’s own Kate McGill on grand piano and vocals and Dan Broadley on acoustic guitar.

You start in the “Headlights (Alt. Version)”, which comes in with haunting vocal arrangement. A ringing heralds the song proper. “I remember headlights, seeing your face/I pulled my car round” obviously indicates to take the song title in the literal sense.

Delicate strums of guitar furthers the feel of the eerie. Proceedings grow grave, swelling, seemingly, towards some sort of grand cacophony. Things, however, become sedate and accompanied with light piano keys. It swells, yet again, booming and almost ominous.

Then “Satellite (Alt. Version)” opens, funnily enough, with piano. The vibe and atmosphere is similar, though the vocals seem more at the forefront, this time. Piano strikes both with lightning stabs and thunderous chords. Strings indicate a shifting in mood, one towards the more hopeful. Eternally mournful, but striving towards dignity. Dying on feet and not living on knees.

“Eyes Wide (Alt. Version)”, again, sees the piano debut. Definitely, as the running theme has come to be, more hopeful. “When you open your eyes wide/You’re asleep and on the other side” implies, perhaps, being a dream within a dream. Is this mournful because you can’t get through to someone despite the fact they’re adamant they’re all ears? Strings grow grave, a tightening ball of emotion.

A curious way to end things in “About You Now”, a Sugababes cover. Guitar and piano are both incredibly melancholy. “Can we pray/Yesterday” perhaps a line conveying too late, should’ve been done yesterday. Certainly isn’t as animated as the original, bringing it right down to breathy vocals and mostly sedate instrumentation.

The lines, “I remember headlights, seeing your face/I pulled my car round”, in “Headlights (Alt. Version)” proves the duo can build upon a song title with feasible lyrics quite expertly. You could argue, perhaps, that the typical approach to such a song title would centre round someone feeling like a deer in headlights. Stunned by shock or grief, etc.

A highlight of “Satellite (Alt. Version)” is the, again, piano. How it strikes both with thunderous chords and lightning stabs is an excellent incorporation of the bass and treble, to reduce it to its most layman terms. It’s really atmospheric, building images of a satellite aimed skywards amidst billowing clouds and heavy rain. Proudly pursuing life in a way of dying on feet, not living on knees, is also of note.

The lines, “When you open your eyes wide/You’re asleep and on the other side”, in “Eyes Wide (Alt. Version)” proves the duo can delve deeply, perhaps taking things less literally than in the likes of “Headlights (Alt. Version)”. This seems like an almost Inception esque dream world. This maybe concerns someone who’s a dream within a dream, but is adamant they’re fully awake.

“About You Now”, the Sugababes cover, is incredibly melancholy. “Can we pray/Yesterday” perhaps a line conveying too late, should’ve been done yesterday. It’s maybe a feel of regret, how we demand so much of ourselves without realising we’re all human and we all makes mistakes. We could envisage all day how far on we could be, had we done this and that, but really it’s pointless.

Meadowlark have all the same, basic elements when writing and performing tracks. The nuances, however, are where these elements are placed and how they’re used. The aforementioned, almost thematic use of the piano is almost clever on a progressive scale. It’s in the way that you use it that’s most important, you could say. Meadowlark’s Nocturnes EP can be purchased, here.