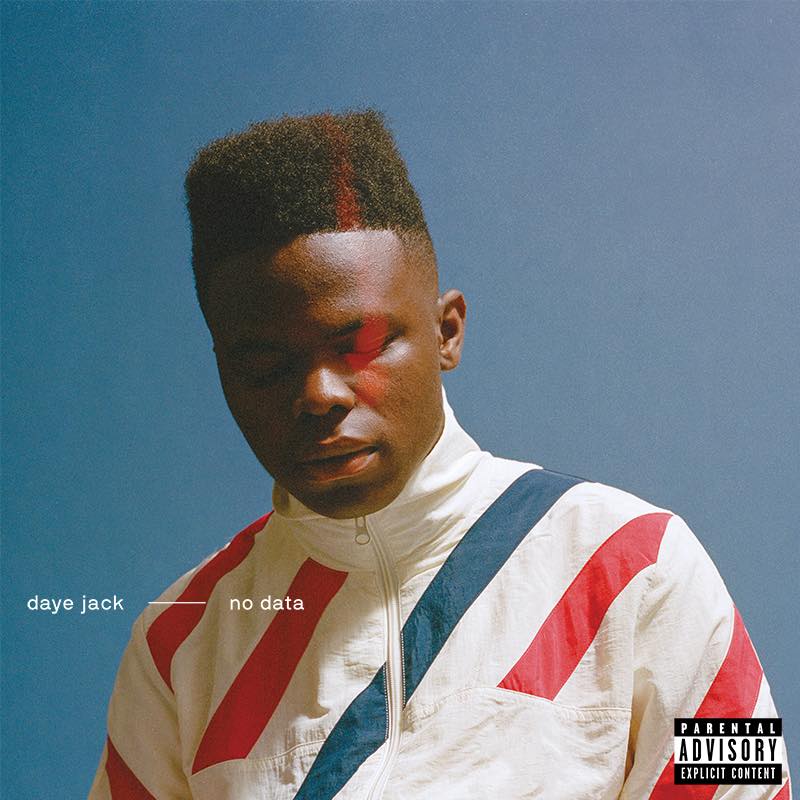 Daye Jack’s suave brand of hip-hop has come a long way since his self-released 2014 mixtape, Hello World. Its release propelled his profile in the rap world and led to his signing with Warner Bros, with whom he released his EP, Soul Glitch, with a year later. Daye’s latest effort, the piquant No Data, is a 12-track long slick studio project with features from the likes of Donmonique, DP and Denzel Curry and an interesting concept running throughout.

A futuristic edge to the production and a big dollop of quirk in the exploration of its central themes – technology – marry together hip-hop with elements of jazz, 8-bit and funk. At various points throughout the record, we hear a conversation between Daye and a female artificial intelligence called Sam; their interchange is reminiscent of a frantic quizzing sesh with Apple chatbot, Siri.

Daye asks Sam a series of questions that our generation all want the answers for (how to be the coolest MF ever; how to make a million dollars; how to get you a bad b*tch – basically, all the other pressing issues of our misguided generation of millenials).

Whether this intentionally references our modern propensity to manic Googling and manic depression when personal targets for self-improvement cannot be met is unclear. Yet unavoidably, such topical themes spring to mind.

It’s not the first time Daye has dealt with technology as an artistic concept – the titular track from his 2016 album, “Surf The Web”, features lyrics such as: “Feels like I’m drowning” and “I’m in the deep end” (in the metaphorical online abyss, I would guess).

Regarding the latter, there is a track called “Deep End (Jayvon Remix)” on No Data, perhaps a coincidental reference or perhaps a deliberate continuation of themes he wasn’t done with just yet. Daye expresses his ideas through a fusion-y approach to production and composition.

“Need Some Mo’ Interlude” is sassy and melancholic in equal measure and more stripped back than the other tracks on the record, its central chords played on an acoustic guitar.

To contrast nicely, “Data Love Interlude” is made of similar building blocks but has a more crazy synth-fifth-heavy jam sesh vibe. This showcases Daye’s versatility – he marries many styles from the improvised to the synthetic, to the jazzy yet the robotic, the old and the new, the retro and the futuristic.

One thing Daye does well is hooks – “Bully Bully”’s catchy chorus of “I’ll be a fighter punching like the Karate Kid/Bully bully fight for your life, I said” is infectious.

The summery “Casino” has splashes of soul/disco about it as Daye speaks about taking risks (perhaps speaking of the artistic leaps of faith that have served his experimental style so well): “You’ve got to lose it, take a gamble/Do it, no need to settle down”.

The features on this album lift it into dimensions beyond Daye’s usual realm – “Deep End (Jayvon Remix)” is propelled by a punchy synth pumping out the rhythm and octave unison vocals that almost verge on being Justin Timberlake-esque. Its cheeky descending synth line sniggers almost mockingly; surreal elements like this give the album that slight hint of the strange, but are peppered strategically, sparsely, so they seem almost subliminal.

This record achieves a rare thing – it’s niche but isn’t too trendy and ‘edgy’ (read: alienating). A sense of humour and a knack with hooks characterises Daye’s latest go at what he does best: futuristic hip-hop with an important yet non-preachy message delivered tongue-in-cheek. It’s stylish, infectious, and – crucially – extremely relevant. Daye Jack’s No Data can be heard on iTunes here.