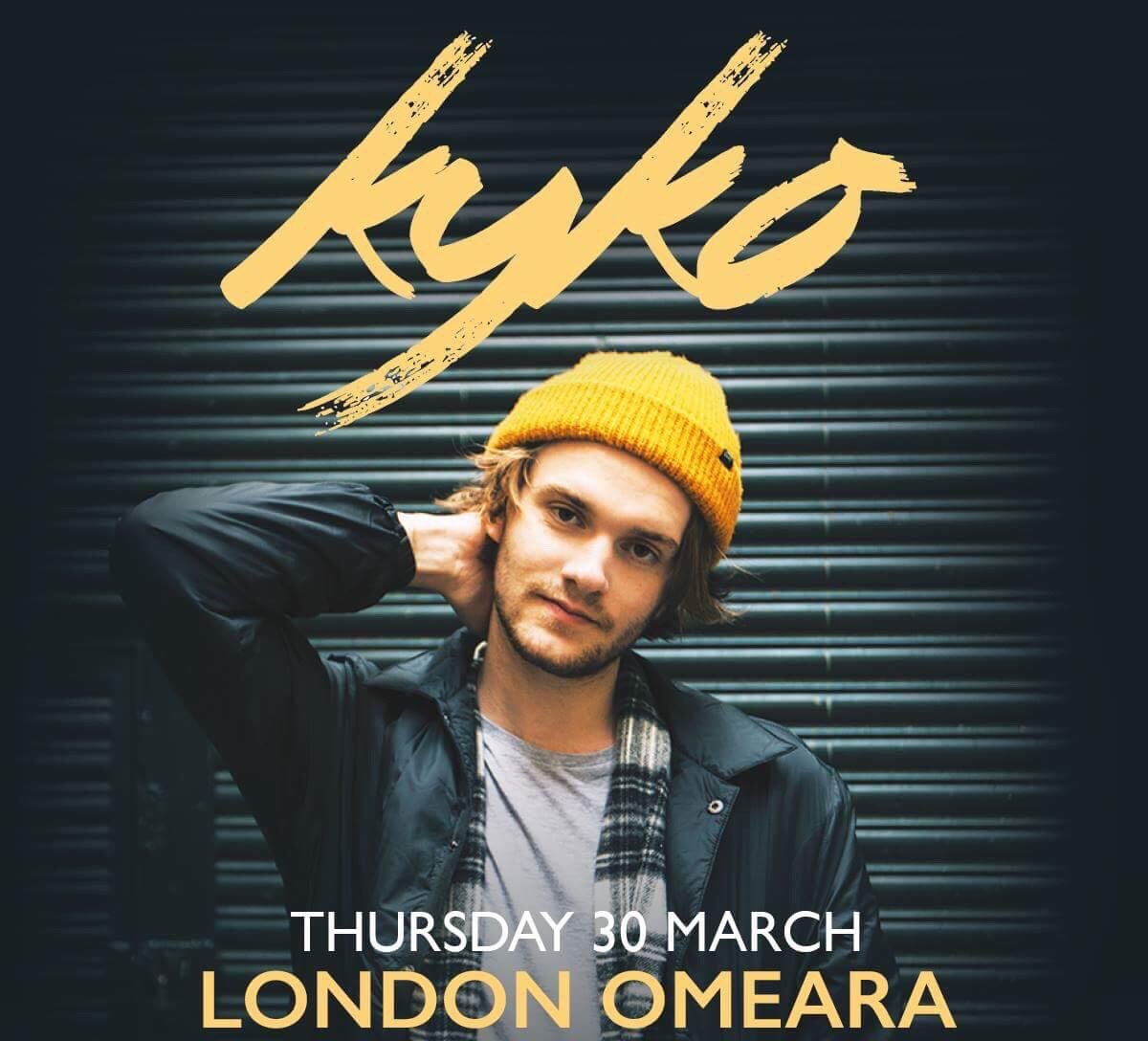 Omeara in London Bridge opened its doors late last year and has already held host to many of the UK’s freshest upcoming talent, including Jorja Smith and Louis Berry. Thursday night, rising indie-pop star, KYKO, took to the arches under London Bridge for his headline London show.

Opening with his most recent track, “Dive In”, the first warm night for the UK was transported inside the venue. The tropical vibes cascading through the audience instantly, the tunnel visioned room allowed full focus onto the stage where the whole audience were involved from the get-go.

With the negative headlines rippling its way through our capital recently, if you looked up happiness in the dictionary, KYKO will be sat right there as the definition in bold. It was a night of carnival pop, combined with the catchy hooks and interesting percussion, and even the introduction to some bongo-style drumming in “Mexico”.

It kept the audience grooving and singing along for the whole forty-five minute set, my wine spilling out the top of my cup as I was propelled into festival mode.

Having not seen KYKO live before, I was wary that he would not be able to replicate the huge production from his EP, Wildlife, and then transfer this into his live set but I was very wrong, it was explosive yet emotive and exceeded any expectations. At one point Scott (KYKO), even spoke out saying, “This is ridiculous” as the crowd sang the travel inspired, wanderlusting lyrics back to the stage, the atmosphere vibrating from all corners of the room.

The electronic elements showed true artistry as it set him aside from other indie-pop musicians. Each song had a driving melody, the bassist, Jonny, had a traditional bass alongside the Novation Bass, which helped emphasise this drive. The bass gave a warmth to the overall funky rhythms which the bass helped to support throughout, and my ears were introduced to new elements in each song.

“Drive” had more of a ballad feel to it, and was truer to the indie pop genre, with hints of The 1975 thrown in with its melodic eerie backing vocals and pulsing guitar. You are able to hear the experimentation in all the tracks creating a really unique and personal set list that flowed from start to finish.

With his band oozing talent and musicianship, the tonality from the percussion heightened the tropical feeling, James and Will bringing home the dance style elements, the music flowing throughout the whole set with no time for breaks as the multi-instrumentalists created a live experience for all.

KYKO’s guitarist, Jack, really stole the show, with a talk box attached to his mic stand, a Daft Punk esque 80s element came out of nowhere in the breakdown of the new track, “Good Life”. It seems all of KYKO’s song titles have some profound optimism and what was great was that fans were introduced to his new unreleased music, making the sold out show that little bit more exclusive.

The show was one large ray of sunshine and the future is certainly bright for KYKO, taking the small capacity venues by tropical storm, there is way more to come. I was singing all the way back to Waterloo with the need to catch the next outbound flight to paradise.

There is no doubt we will be seeing KYKO performing at and possibly even headlining some of the finest festivals in years to come. So, now are you ready for summer?!  Go get some carnival vibes on your playlist and check out KYKO’s Wildlife EP here.