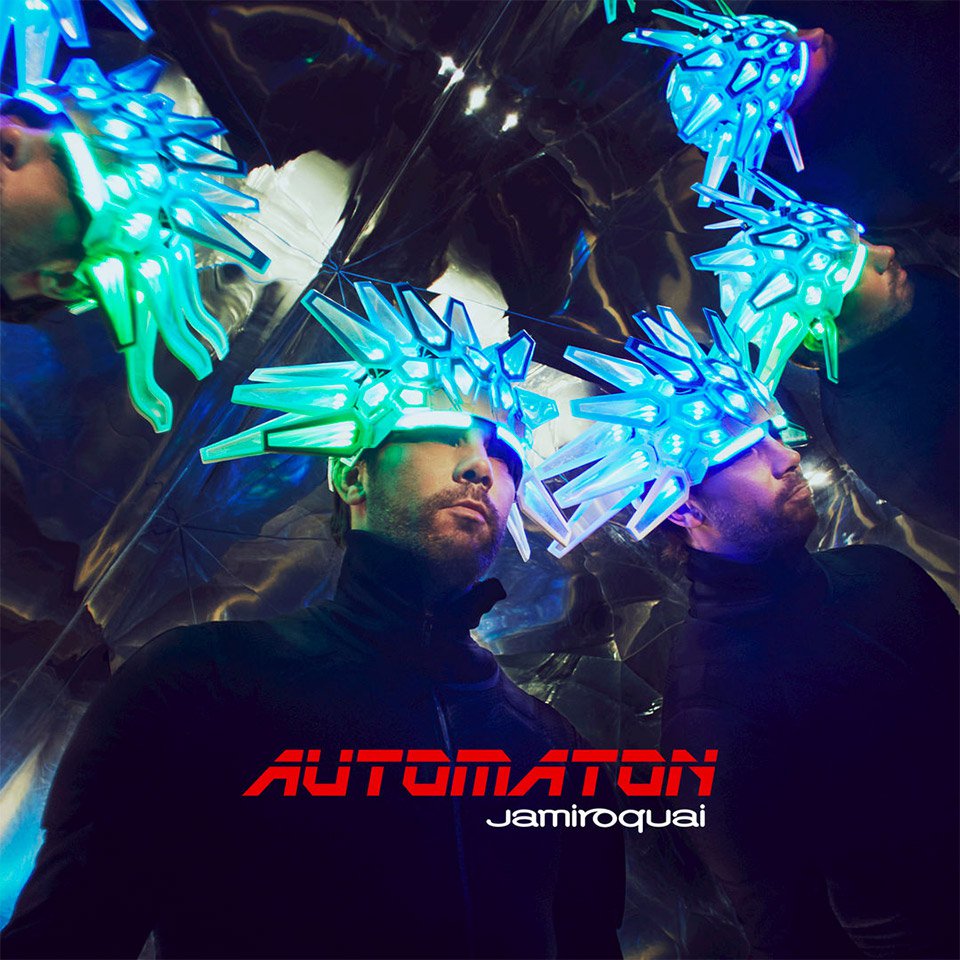 Looking back to 1998, a certain generation of film lovers will remember the monster flick, Godzilla. Equally monstrous was the soundtrack’s leading song, “Deeper Underground”, by UK legends, Jamiroquai.

Their new album now puts the AI in Jamiroquai for the modern age, you could argue, twenty-one years later.

Jamiroquai’s eighth album has landed and the surprising funksters that gave me one of my favourite club tunes ever, “Cosmic Girl”, have once again split critics with their weird, yet always effortlessly cool, take on a tried and tested 70s acid jazz formula.

The new album, Automaton, is the group’s first album since 2010 (Rock Dust Light Star) and on hearing it you could be forgiven for thinking that nothing really has changed in the last seven years for the electro-pop space cowboys, both in terms of their sound and delivery.

Oh, but you’d be wrong. Very wrong. Things have moved on a lot since, and the music industry maybe hasn’t changed for the better, in some respects.

Anyway, Automaton is the Artificial Intelligent version of everything Jamiroquai was back in the 90s, the hybrid engine to ‘Quai’s vintage bicycle in all its uphill pumping glory. It is lead singer, Jay Kay, in a hat; that glows!

Yes, Automaton is as brilliant as it is over the top. As unique as it is a homage to pretty much anyone who has ever dabbled in funk, jazz, soul and electro-punk over the last fifty years.

Filled with twelve memorable, infectious club classics the album is awash with grinding Daft Punk-eque synths, dancing strings that swirl around Jay Kay’s unmistakable voice like dancehall girls around their handbags and lyrics that infect your senses like a bad dose of salts.

For fans of Jamiroquai this album will not be a disappointment. “Shake It On” employs a driving bassline that could have been taken from any number of soul train classics and “Nights Out In The Jungle” and “Superfresh” have such killer hooks it’s hard not to get nostalgic for days when song writing was less about standing up for something and more about just getting on down.

And it’s not just the band’s own historical music references that are weaved like strands of glitter throughout.

Automaton is also unapologetically pop, with songs like “Cloud 9” and “Summer Girl” seeming to slide across the dancefloor in low slung jeans and tight tops far more akin to popular music of the last decade (think Timbaland, will.i.am and even a bit of the Lady of GaGa) than songs like “Canned Heat” and “Deeper…” that seemed to start this all off back in the early 90s.

Whether intentional or not what Jamiroquai has done with this album is create the perfect circular economy where funk, soul, jazz and even pop feed each on other; and might continue to do so until all that is left is a slightly less than perfect reproduction of themselves that is still good fun but without the depth and honesty of the original version.

Automaton is an album then of our times. When you spend most of your time writing reviews you get quick and agile at pulling out comparisons, flatteries and imitations. Music is not created in a vacuum and so it is perfectly acceptable, I hope, to want to find the influences that have inspired a new generation of creative artists to make music. But this begs you to ask in an ominous Terminator backwards future type of way; what, made Automaton?

Jamiroquai’s Automaton can be purchased on iTunes and also streamed on Spotify.